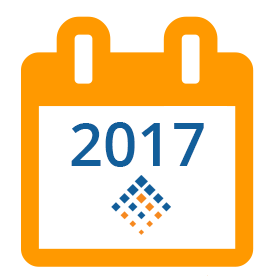 
Here we are, at the end of yet another year of knowledge collection and sharing!

In celebration of this year’s end, we bring you some of the top viewed and most shared content on IssueLab as well as some quick stats about the IssueLab platform. And because we interact with this content from a lot of perspectives every day, we’ve also thrown in some admittedly, and unabashedly, subjective categories such as “a title that says it all” and “a cover that speaks 1000 words”. It’s our way of ending a year where, regardless of where you live on the political spectrum, social issues seemed to, on a daily basis, leap out of the headlines and almost punch you in the gut.

While many of us approach 2017’s finish line exhausted by a news cycle on the rampage, we hope this lighter take on the serious work of the social sector helps you start to recharge for a terrific new year!

Some quick stats about IssueLab’s growth in the last year.

In 2017, 217 users created user libraries, building their own collection of reports to read when time allows. That’s up 51% from last year. 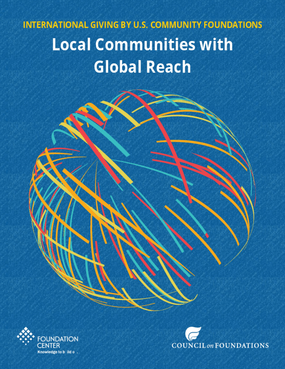 Our most viewed report has had a long-run as the top tomato. Making a Difference: An Impact Study of Big Brothers/Big Sisters continues to draw users who are looking for a copy of this hard-to-find report from the now-defunct Public/Private Ventures.

Most Shared on Social 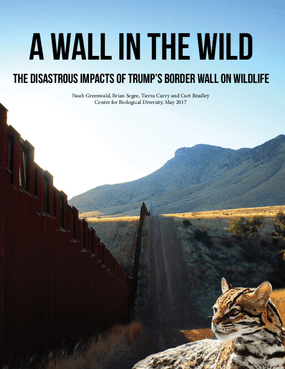 We had a big year on social. This year we featured reports from our nearly 40 issue areas each week and shared major findings from new and archived reports to encourage the spread of accurate data and information.

In 2017, we sent 1,303 tweets, and our new Factivist e-newsletter allowed readers to tweet straight from the email.

What was the most shared report on social? It was A Wall in the Wild: The Disastrous Impacts of Trump’s Border Wall on Wildlife published by Center for Biological Diversity.

Worth Noting (by Highly Subjective Category)

As a team, we had some fun coming up with “categories” to better help us comb through the collection and highlight some great reads that you may have missed.

Here are our picks.  (Those featured in our yearly round-up e-newsletter appear in bold type.)

Topics That Need To Be Surfaced

Native Disparities in Youth Incarceration by The Sentencing Project

Titles That Say It All

Out of the Frying Pan into the Fire: Building Resilience to Climate Change and Violent Conflict by Christian Aid and ACT Alliance

Bullies In Blue: Origins and Consequences of School Policing by ACLU

A Cover That Speaks 1000 Words

Participatory Grantmaking: Has Its Time Come? by Ford Foundation

“This report signaled the willingness of a large, established foundation to listen to and learn from smaller, grassroots, inclusive approaches. By researching participatory grantmaking, Ford put the spotlight on an important and increasingly queried philanthropic approach.”

“In a paper full of conversation-starters, Kevin Murphy, the President, and CEO of Berks County Community Foundation, meditates on the rapidly changing role of the local financial services sector and how that may trigger a mass evolution of the community foundation business model. Interesting questions – with no one “right” answer – abound, including whether asset growth should really be an imperative for community foundations, and how central donor-advised funds should be viewed to the business model. There’s a good amount of food for thought within, and a discussion guide to help community foundations begin these conversations.”

Dapivirine Ring: The Case for Action by FSG

“Here’s a report with some hopeful information about the possible eradication of HIV, during a year where positive news is hard to find. Although the report highlights challenges, science has provided us with a way to give women discreet, unquestioned power to protect their own health, which will translate into more power in a global landscape where women have had a historically weakened stance.”

“In addition to clearly defining and analyzing the alarming trend of closing space for civil society, this report provides concrete guidance for how development and humanitarian stakeholders can move from strategies focused on adaptation and resilience towards supporting resistance against closing civil society space.”

“One of the many issues affecting the health of our ocean is the prevalence of plastic. The low cost of the material combined with its high utility has led us to a point where if we don’t seriously cut down our usage of it, there could be more plastic than fish in the ocean by 2050. This report is ambitious in its vision of a global economy that is plastic free while providing concrete steps that philanthropy, businesses, policymakers, and NGOs can take to create this needed systemic change.”

Solar+Storage for Low-and Moderate-Income Communities: A Guide for States and Municipalities by The Clean Energy States Alliance (CESA) and SunShot U.S. Department of Energy

“More and more we see renewable technologies deployed as massive wind farm implementations or huge solar array fields. One area that holds great promise is individual and community level solar implementations—eg., photovoltaic panels that are installed on a family’s rooftop to provide power directly to that household and also, sometimes, sharing that power back to the utility grid. What’s great about this report is the focus on putting policies in place that do not leave low- and moderate-income communities out of this new green energy mix.”

Detained and Denied: Healthcare Access in Immigration Detention by New York Lawyers for the Public Interest

“Each year hundreds of thousands of immigrants are held in detention centers across the U.S.  Housed within local jails and for-profit prisons, these centers go largely unnoticed by most of us. But the people being held in these centers are struggling to get their most basic healthcare needs met as they await judgment. I picked this report from New York Lawyers for the Public Interest because it shines a much-needed light on this problem, one that is only growing in urgency as detention rates rise.”

Does your nonprofit or foundation have knowledge to share?

Upload reports to IssueLab to increase the visibility of your work and for the chance to be featured in this review.