Northern and southeastern Virginians will vote in referenda this November to approve or reject increases in the retail sales tax to fund transportation projects. Northern Virginians will decide whether to increase the sales tax from 4.5 percent to 5.0 percent, an 11 percent increase. Virginians in the Hampton Roads area will decide whether to increase the sales tax from 4.5 percent to 5.5 percent, a 22 percent increase. Proponents of tax increases point to unmet transportation needs to support their cause. Yet state spending increased 13 percent in 1999, 7 percent in 2000, and 9 percent in 2001. If key transportation needs have not been met, the problem is not a lack of funds but legislators who have not properly prioritized the budget. If the sales tax referenda are passed, the state government will have a strong incentive to reduce what it would otherwise spend on transportation in northern Virginia and Hampton Roads. By some measures, northern Virginia already gets the short end of the stick with regard to the state budget. Tax increases are not just bad budget policy; they are also bad economic policy. Since higher taxes reduce economic growth, an added cost of higher sales taxes would be lower incomes for Virginians. During the 1990s Virginia taxes grew faster than incomes, and local property taxes have soared recently. Even modest restraint in nontransportation spending could save enough money to fund priority highway projects without tax increases. Further, the state could adopt a spending growth cap that channels excess future tax revenues to transportation needs and tax cuts. 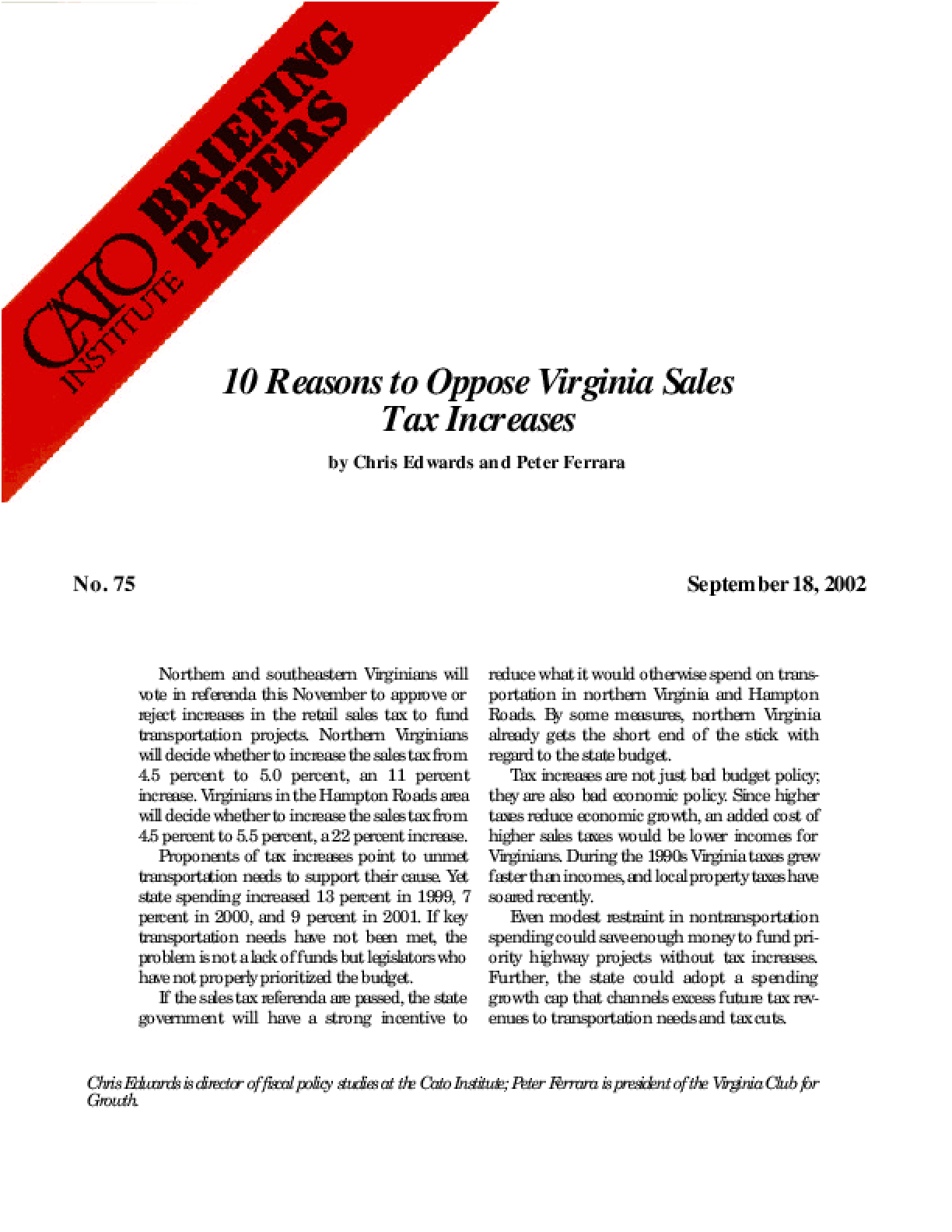