Perhaps there could be no greater arguements for foundations and their reason-to-be than the facet of philosophy and operation which concerns their being risk-takers on man 's cultural, intellectual, scientific, and humanitarian frontiers. In many instances. Foundation moneys — sometimes called "risk capital," "venture capital," "seed money " — have literally opened new vistas for the development of man and his communities. It is fortunate that foundations are able to assume the financial risk of pioneer, even "way-out," enterprises which, because of their experimental character and attendant cost, might prove unwarranted disbursements from the regular administrative budgets of sponsoring universities or other educational, agricultural, or health agencies.For example, we granted $336,520 to the University of Alaska in September of 1964 to support a five-year experiment aimed at domesticating musk-oxen.T h e thousand-pound animals, pictured in our frontispiece, are indigenous to the northernmost latitudes of the world. These are regions disadvantaged by remote location and the severity of climate but with grasslands and tundra which can support certain forms of life naturally adapted to the area. 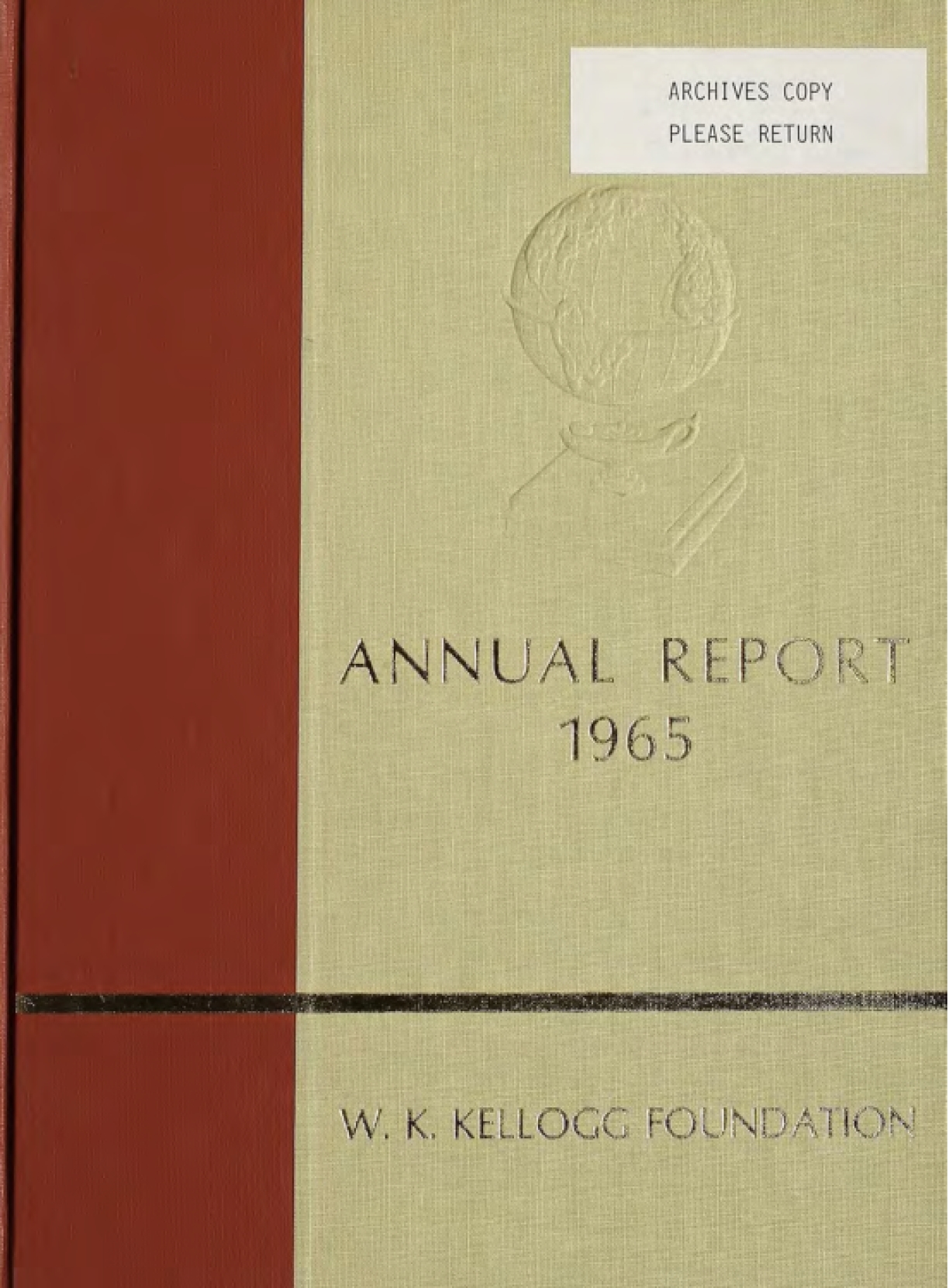