Time uses no blare of trumpets to announce its more dramatic periods. Nevertheless, unprecedented blessings are flowing from a modern Pandora's box and few would dispute that science has pointed the way to a new and wonderful era for humanity. Just as in the original mythology, however, evil and danger accompany today's blessings, a n d this fact underlines the necessity of using science constructively to enhance the well-being of mankind. If the utilization is properly directed, the lives of present and future generations can be greatly enriched.Anthropologist Robert H. Lowie once said: "We may liken the progress of man to that of a centenarian who dawdles through  kindergarten for 85 years, takes 10 years to go through the primary grades, then rushes with lightning rapidity through grammar school,high school, university, and graduate college."We do not think the metaphor an exaggerated one, and seeking to help cope with problems imposed by the onrushing, brilliant new era, we have done some self-analysis. We have looked at our patterns of assistance to people over nearly four decades of organizational existence.Neither displeased nor complacent with the "batting average" therefrom, we did discover what seemed to be a synergistic trendin recent years— a gradual realization that "the cooperative action of discrete agencies and disciplines is such that the total effect is greater than the sum of the efforts taken independently."We noted that many of the programs aided have necessitated ever-increasing cooperation and conferences between various divisions of the Foundation.

As an example, the Foundation was approached in 1962 to help finance a nationwide study of community health needs, resources,and practices. This effort o n the part of the National Commission on Community Health Services was to be both extensive and intensive,necessitating close observation within the fifty states of public health during a period of transition. The Foundation in appraising the scope, practicality, and potential results called on the skills and judgments of nearly every professional on its own staff — as wellas the wisdom of the Foundation's several Advisory Committees and of additional consultants from universities and agencies — for the projected survey had its agricultural, educational, and public affairs dimensions as well as health concerns. The staff members agreedthat public health today must include comprehensive health planning, the care of the aged and the handicapped; control of ionizing radiation and of pollution of air, water, and chemical environment; the organization and delivery of health services; services in mental health; attention to the problems of alcoholic,drug, and tobacco addiction; accident prevention and research. The widely encompassing studies necessitated a polling of the wisdom from several disciplines, with the staff conferees agreeing with the Commission that there is a vital need for new approaches to bothold and new health problems and that the essentially simple organization structure of traditional local health departments was not adequate for the modern era.In staff deliberations and recommendations for Foundation support of a subsequent 1962-1966 study and for additional Foundation aidin late 1967 to an ongoing " Community Health, Inc." designed to implement the recommendations from the national survey, the collaborative efforts demonstrated invaluable, interdisciplinaryperspective to the benefit of a movement that should significantly better health services in American communities. 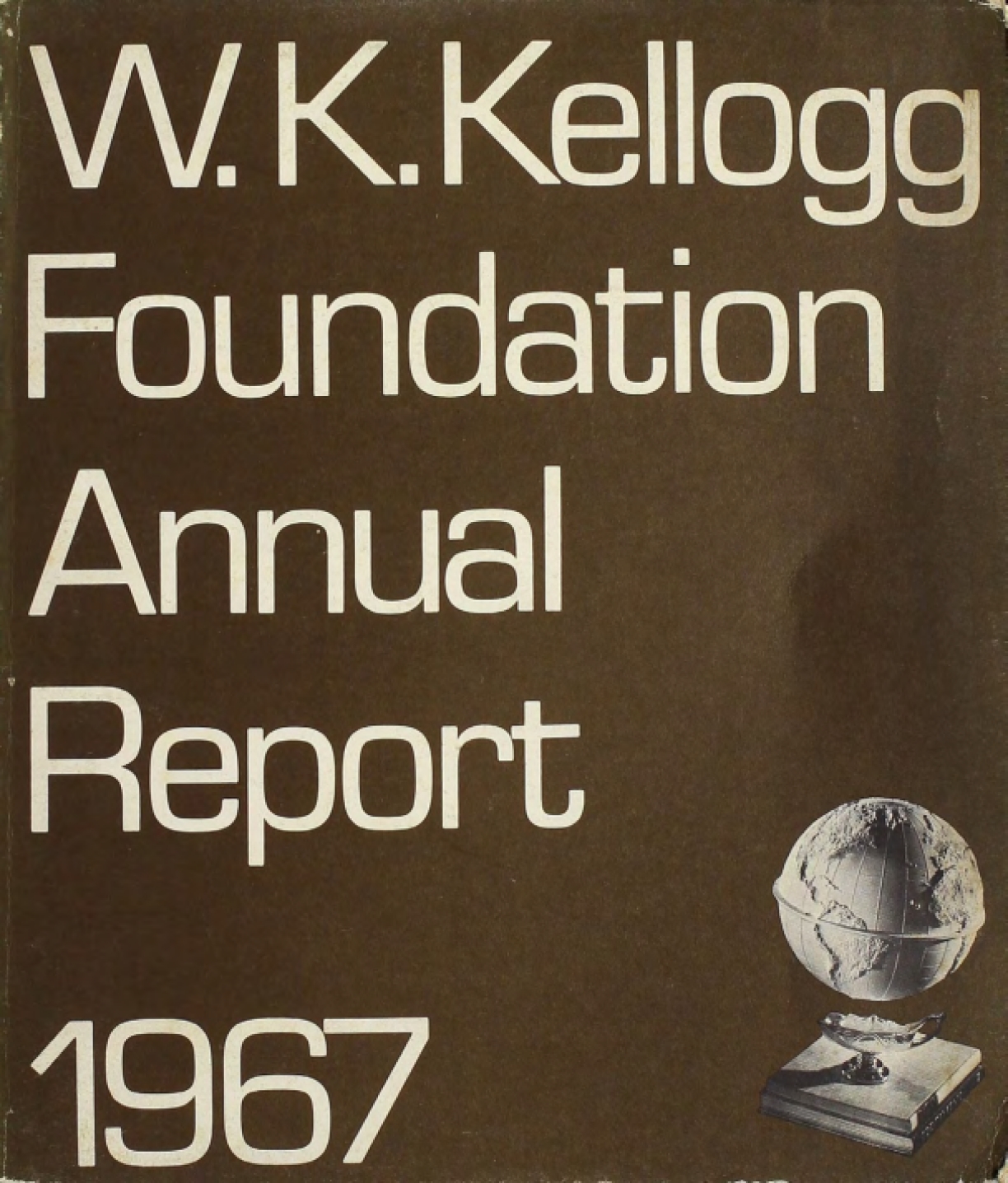