According to the National Council and Crime and Delinquency (NCCD), prison populations will increase by 35 percent over the next five years under the current criminal justice policies. This rate of growth is significantly lower than NCCD's 1989 estimates of a 60 percent increase over five years. The principal reason for the lower growth rate is a 20 percent reduction in drug arrests, which in turn is reducing projected jail and prison admissions. The declining number of drug arrests are related to the fiscal crisis of state and local governments, drug asset and seizure laws, and lower drug use. However, prison populations will continue to grow despite reductions in admissions due to the passage of mandatory minimum sentencing statutes and lengthier prison terms for certain crimes. Assuming that the 16 states researched are representative of trends that are on-going in other states and the Federal Prison System, the nation's prison population will reach 1 million inmates by 1994. 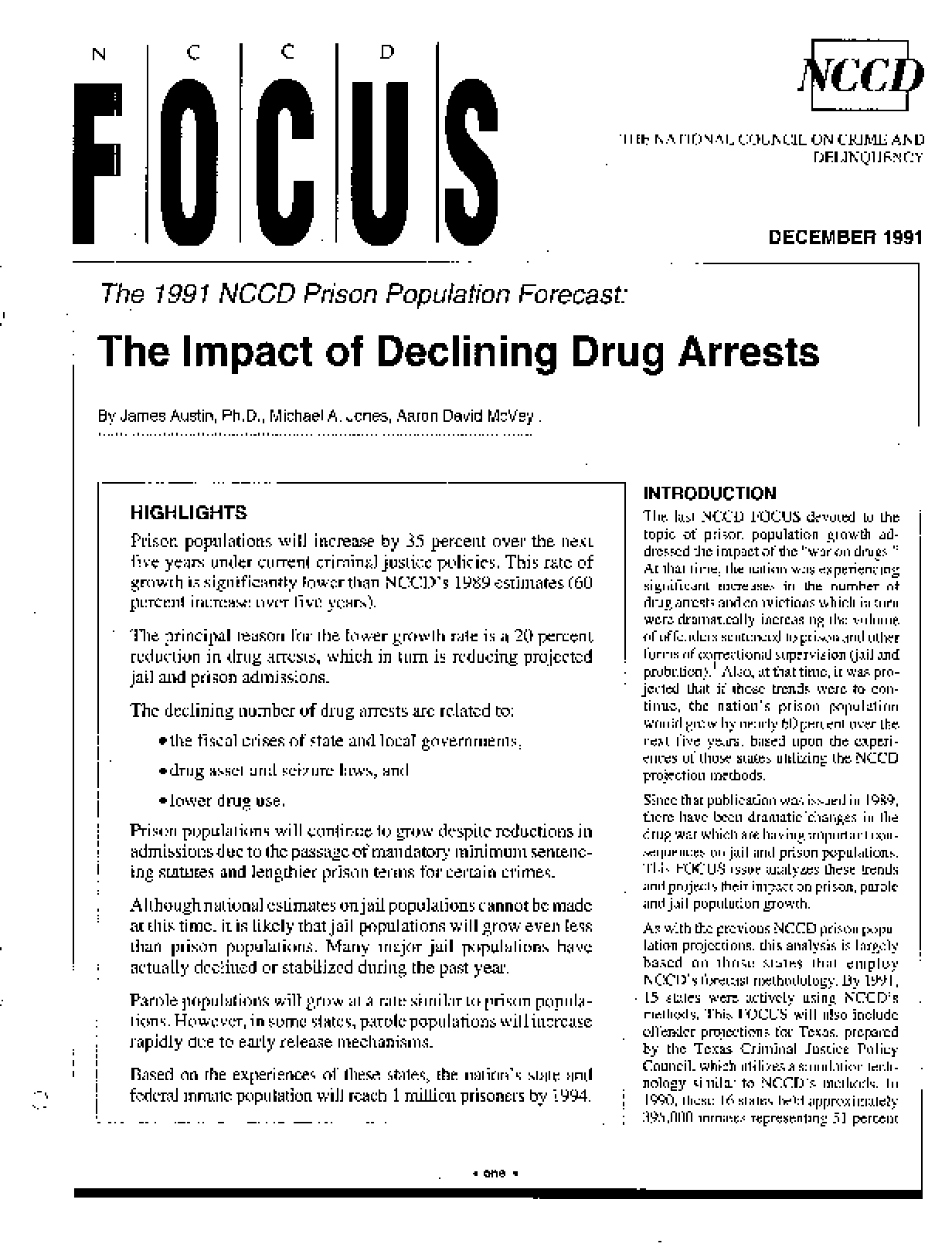