A comparison of the last three recessions shows that even while declines in total output in the 2001 recession were smaller than average, the recovery has been weaker than average. In particular, the employment situation has seen substantial deterioration relative to the start of the recession as well as compared to past recessions.

The budget outlook is particularly troubling. Despite the relatively small drop in total output, federal government revenue has dropped to record levels, and record surpluses have turned into record deficits in a few short years. Comparisons with past recessions show that the deterioration in the budget situation is unlikely to be due to the economic situation, and that current tax and budget policy are likely to blame. 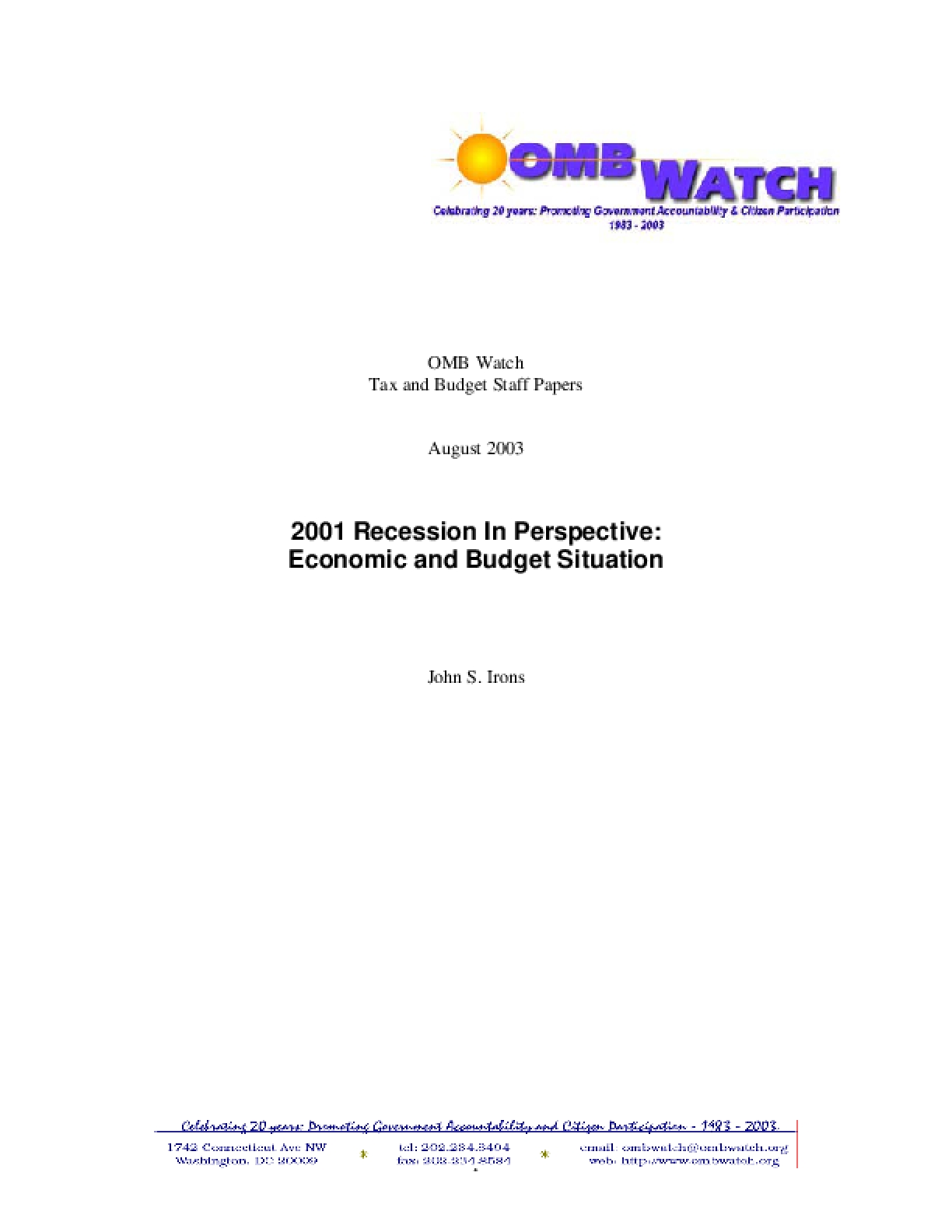