2005 has been a year of disasters. The international response has been characterized by televised suffering of the survivors of South Asia's earthquake and the tsunami, driving great generosity. But it has also been characterized by the continuing failure of governments to provide timely, sufficient aid to those, largely in Sub Saharan Africa, who suffer equally but less visibly. 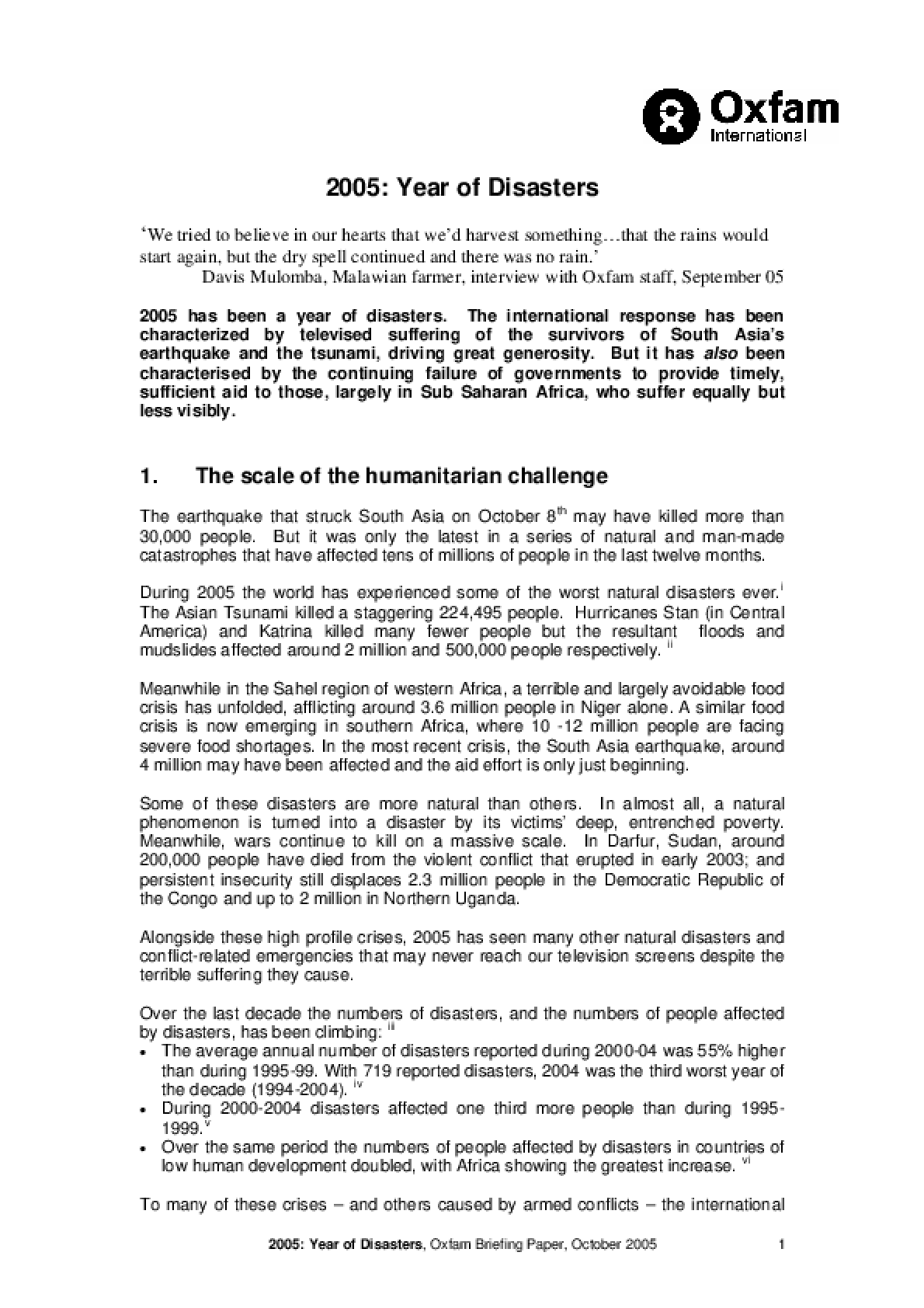