In 1999 the International Programs department of the Council on Foundations and the newly-formed Worldwide Initiatives for Grantmaker Support-Community Foundations (WINGS-CF) sponsored a project to track for the first time the global development of community foundations. This resulted in 2000 in the publication of The Growth of Community Foundations Around the World. In 2003, WINGS-CF reshaped and updated the report to focus on international community foundation trends and developments since the previous report. It became the first in a series of three annual reports. 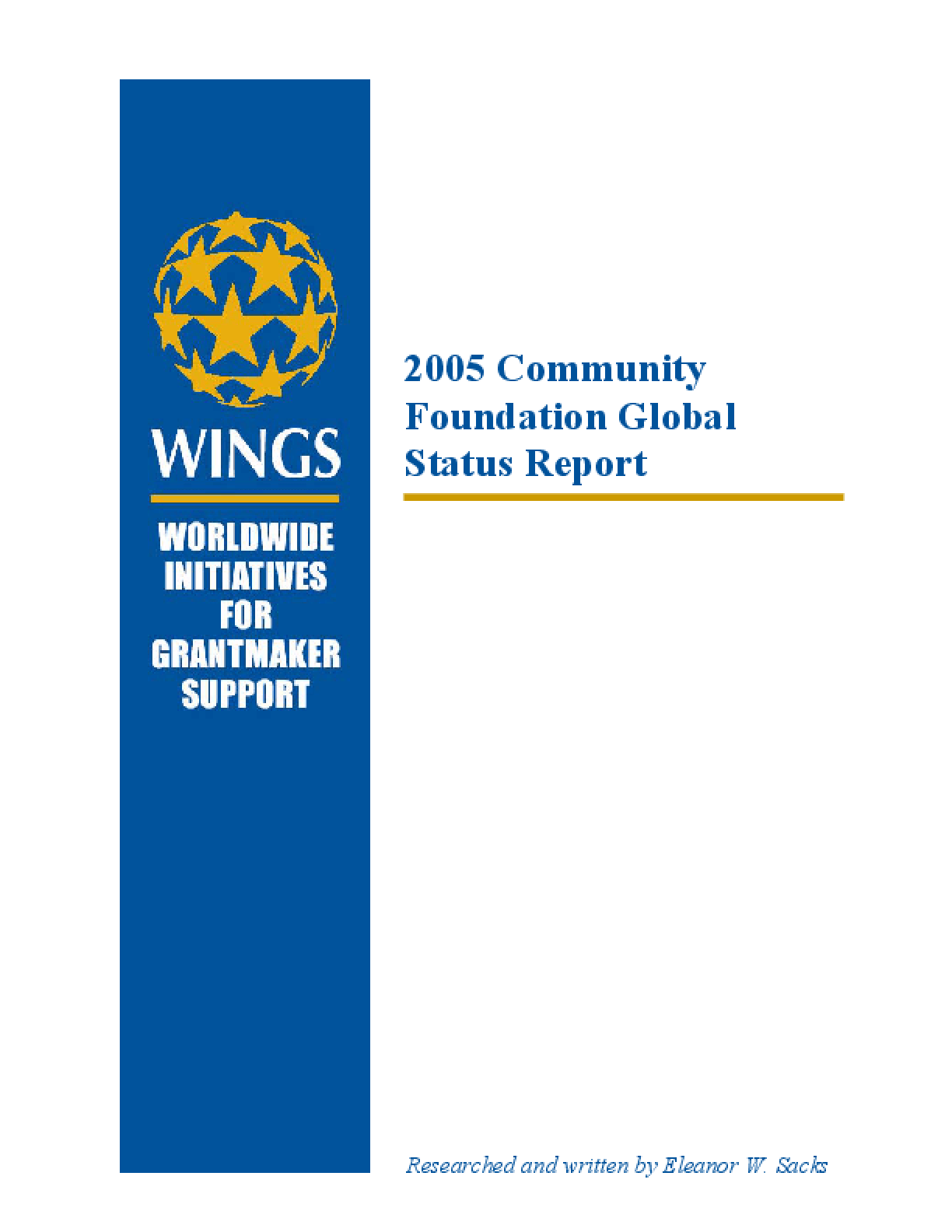