This is the sixth annual publication of the Report on Illinois Poverty. Since the release of the first report six years ago, 342,716 more Illinoisans are in poverty, rising from 10% in 1999 to 12.4% in 2004. Through the tragedy of Hurricane Katrina, the eyes of the nation were opened to the devastating effects of poverty, and people were shocked that such detrimental poverty is a daily reality for millions of Americans, including over 1.5 million Illinoisans. Hopefully, the vivid portrayal of the social disaster of poverty will harness energy for a renewed anti-poverty effort in individual states and in the nation as a whole. 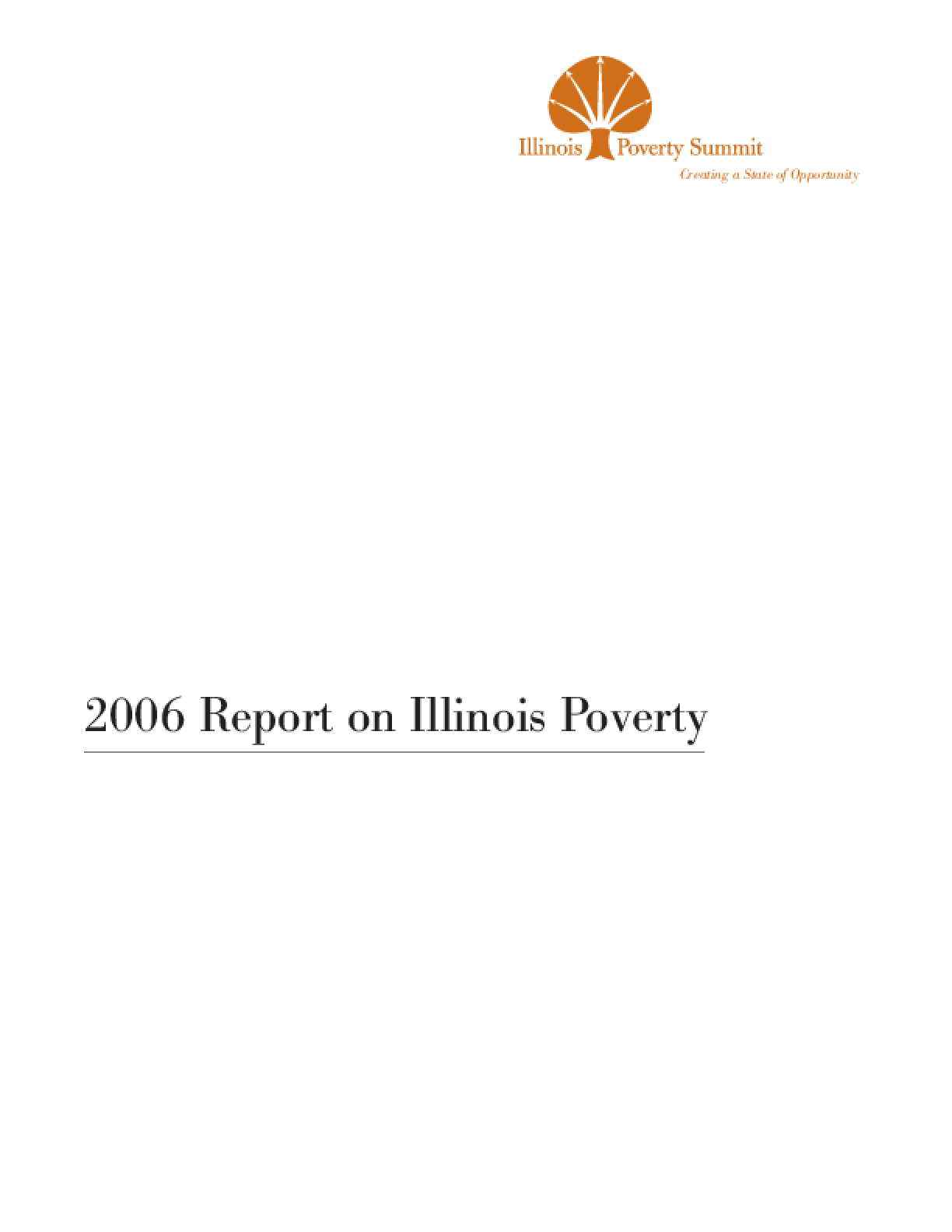