The seventh annual Report on Illinois Poverty illustrates that there are many indications Illinois families are experiencing significant hardship. Over one third of Illinoisans in poverty are children, disparities in income and wealth are widening, young adults face significant obstacles to economic success, and hundreds of thousands of Illinoisans live in extreme poverty, with incomes below half the poverty line. The story is no different in the Chicago region. Each of the six counties that comprise the Chicago region had higher poverty rates in 2005 than they did in 1999. Historically, poverty rates have always been higher in Chicago than in the surrounding region. While this is still true, recent data indicate that from 1999 to 2005, poverty growth in the region has been fueled not solely by Chicago, but also by the surrounding suburbs. While the City of Chicago, Cook, DuPage, Kane, Lake, McHenry, and Will counties have all experienced growing poverty, the collar counties experienced significantly greater growth in poverty rates and low-income rates than Chicago or Cook County. 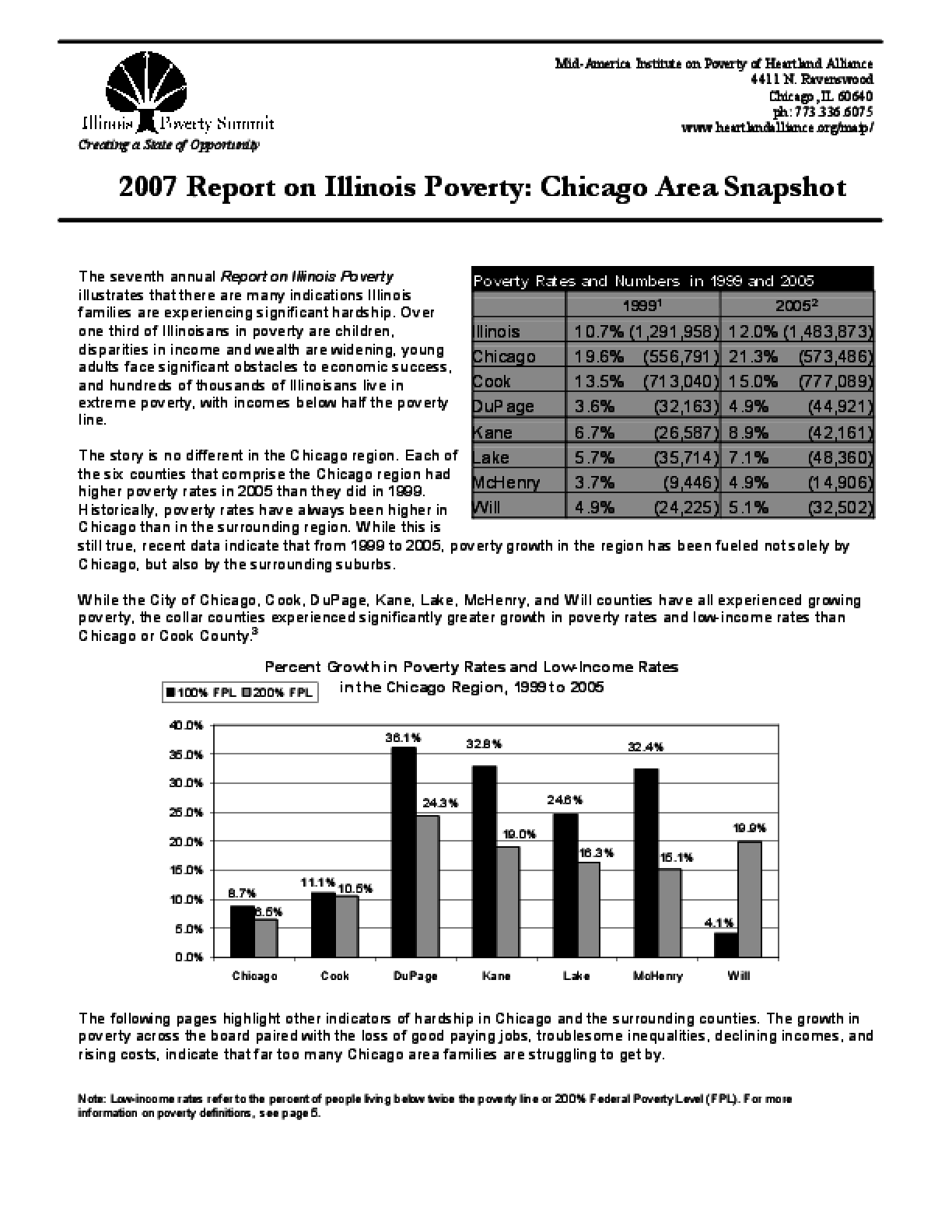