The 2008 Arts Education Performance Indicators Report shows an increase in the number of school districts that are building infrastructure in this area, demonstrating a long-term commitment to improving arts education. The report is issued periodically by the Arts Commission as part of the county's regional Arts for All initiative to return quality, sequential arts education to the county's 81 school districts. Overall progress includes: The 2008 AEPI Report is based on self-reported data from superintendents, assistant superintendents, directors of curriculum and/or district arts coordinators. Of the 81 school districts, 72 responded. 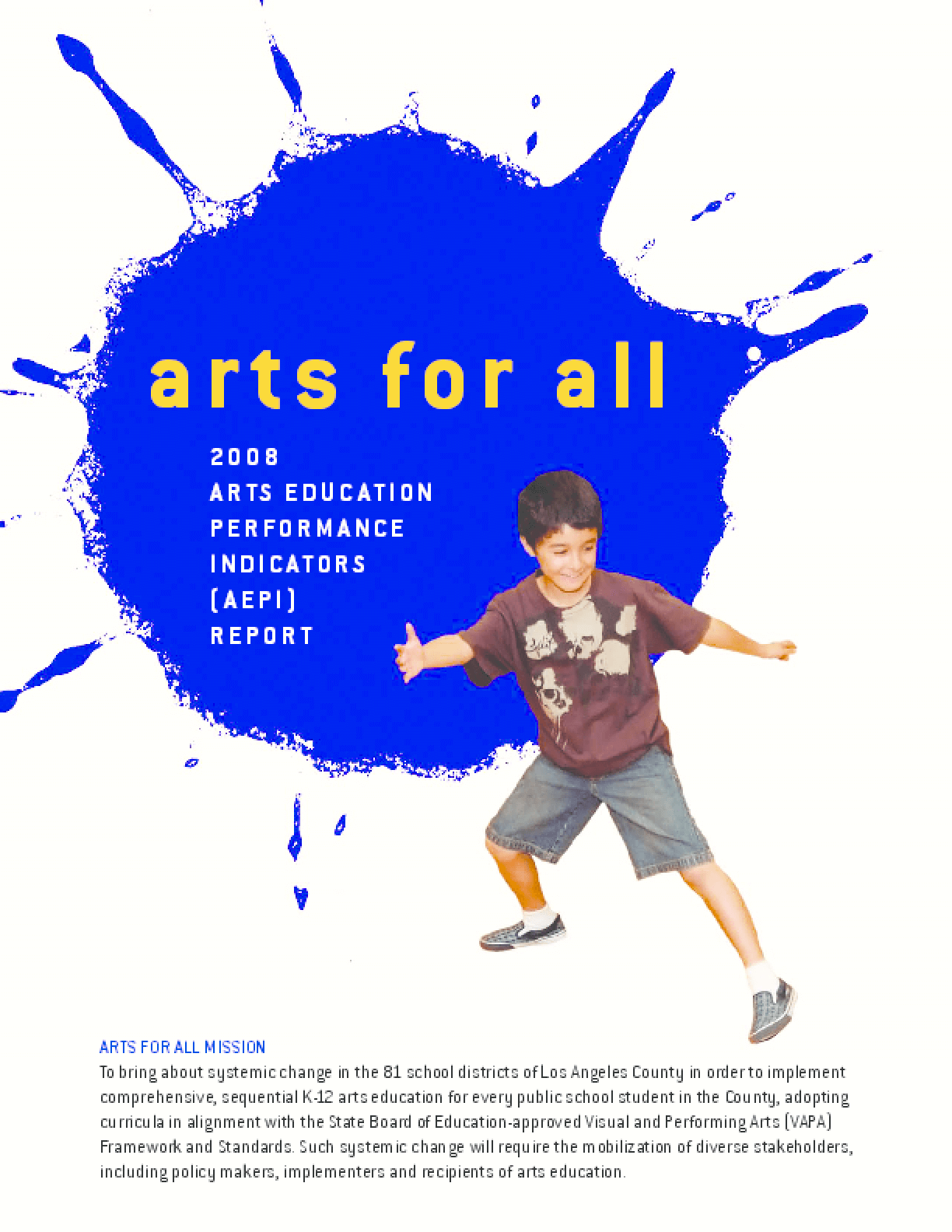