During a period when they were widely thought to have flourished economically, the Chicago suburbs over the past 25 years have recorded dramatic increases in poverty. Since 1980, the suburban counties have experienced a 114.5 percent increase in the number of people living in poverty. Now, over 400,000 suburban residents and over 570,000 Chicagoans live below the poverty line. **Living in poverty today in the Chicago region may be more difficult in some respects than it was in 1980. Rising costs of basic necessities such as housing, health care, food, and energy have further eroded the purchasing power of people in poverty as the poverty line has failed to keep pace with inflation. While the standard of living for some has been elevated since 1980, people who are poor have seen limited gains. 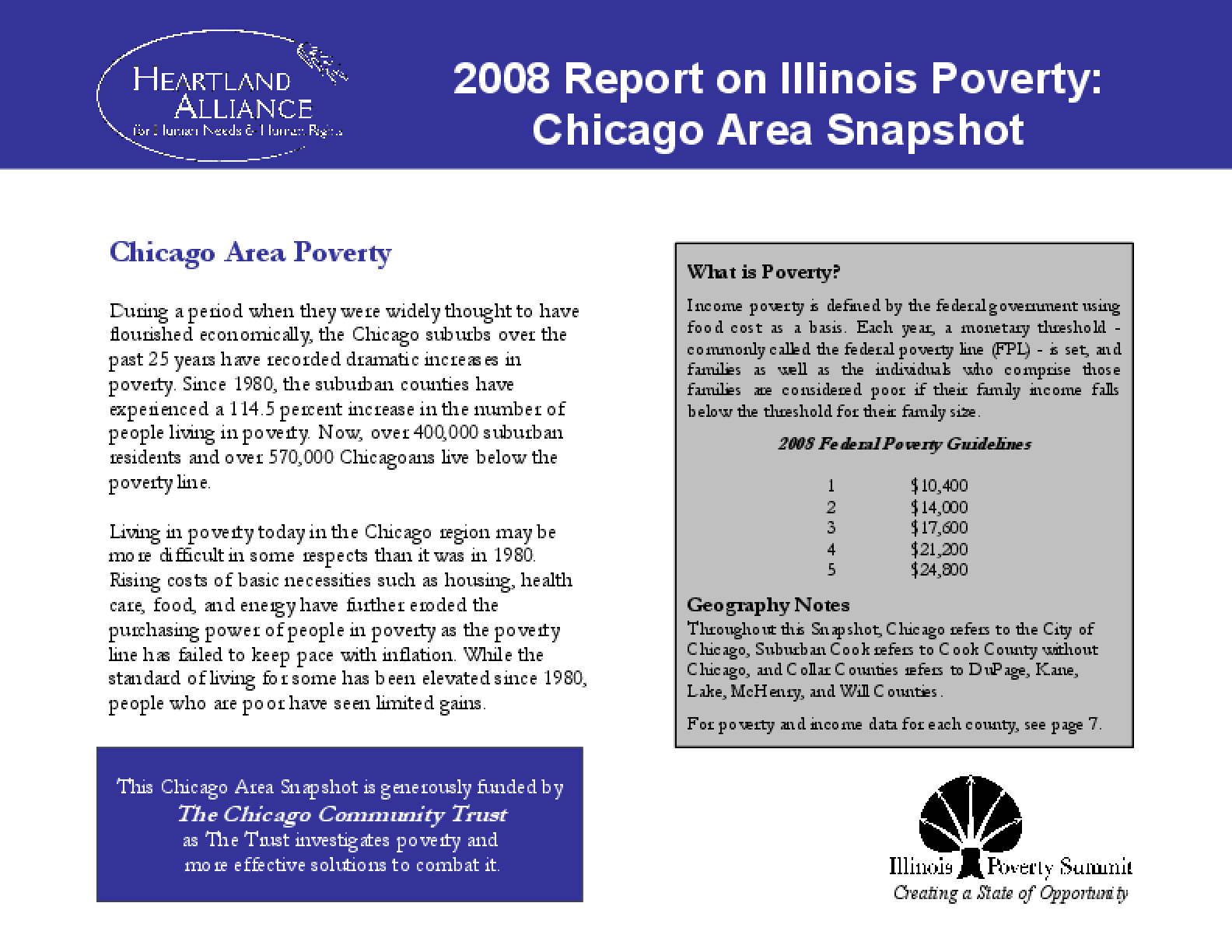