What is the outlook for grantmaking in Minnesota for 2009? In November 2008, the Minnesota Council on Foundations (MCF) surveyed its members, as well as nonmember foundations and giving programs that are among the top 100 grantmakers in the state, to determine how economic changes may affect grantmaking activity in the coming year. Our survey results point toward some dramatic shifts in anticipated grantmaking for 2009. Assets are declining and are expected to decline further in 2009. Accordingly, grantmakers are expecting giving to decline. While grantmaking is decreasing at a somewhat lower rate than that of assets because payouts are typically based on one- to three-year rolling averages, this same factor may negatively affect grant levels in 2010 and beyond. To ease the impact on nonprofits, all types of foundations and corporate giving programs are exploring other opportunities for support, including increasing in-kind giving and offering other non-monetary assistance. 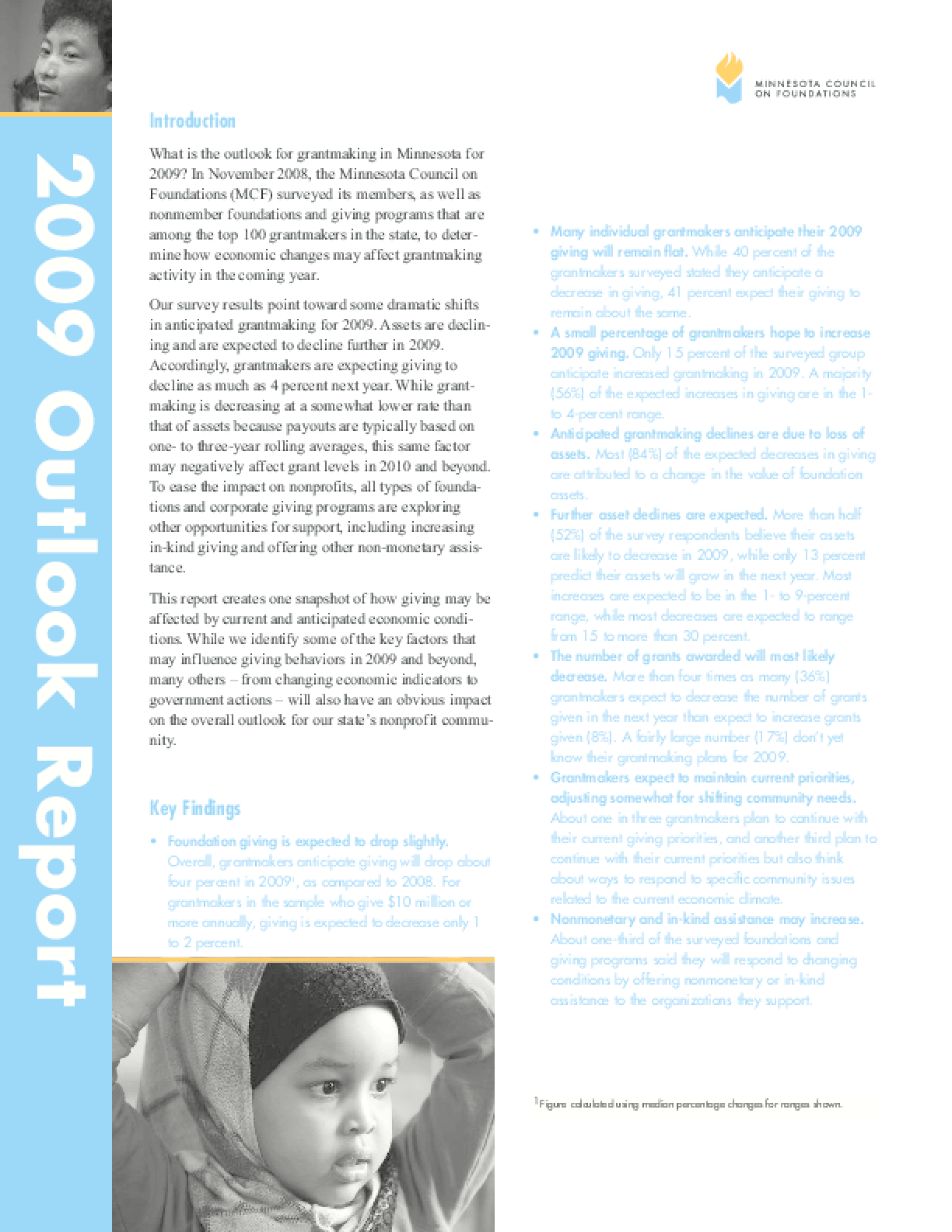