According to the 2010 Population and Housing Census (PHC) report, Ghana?s population stood at 24,658,823 at the time of the 2010 census. The country has ten administrative regions and 170 districts. Ghana has one of the highest GDP per capita in West Africa and is ranked as a Lower-Middle Economy by the World Bank. The country has a diverse and rich resource base with gold, cocoa, timber, diamond, bauxite, and manganese being the most important source of foreign trade. In 2007, an oilfield which could contain up to 3 billion barrels of light oil was discovered. Although oil and gas exploration in Ghana dates back to a century, it is this latest discovery and many more afterward that have catapulted the country to be counted among the league of oil producing countries across the globe. Yet, in spite of the abundance of natural resources, a quarter of the population lives below the poverty line. However, the country has made considerable progress in reducing poverty over the last two decades. Successive nationally representative living standards surveys conducted between 1992 and 2006 (respectively, GLSS3 in 1991/2, GLSS4 in 1998/9 and GLSS5 in 2005/6) suggest that monetary poverty (measured by the level of per capita consumption) has significantly reduced. The number of poor went down from 7.9 million people (or 52 percent of the population at that time) in 1992 to 6.3 million people in 2006 (or 29 percent of the population at that time). With the rapid economic growth since the last survey in 2006, it is likely there is a further poverty reduction. Structurally, Ghana?s economy has undergone some significant transformation over the last couple of years. Ghana?s economy which until 2006 was dominated by agriculture is now led by service accounting for about 51% of national output. Agriculture accounts for about 30% (although about 55% of employed are engaged in the sector) while industry trail with only 19% of total national output. The informal economy accounts for about 86% of total employment while gold and cocoa remain the leading export earnings. This is expected to change with the commencement of oil production in commercial quantities in 2010. 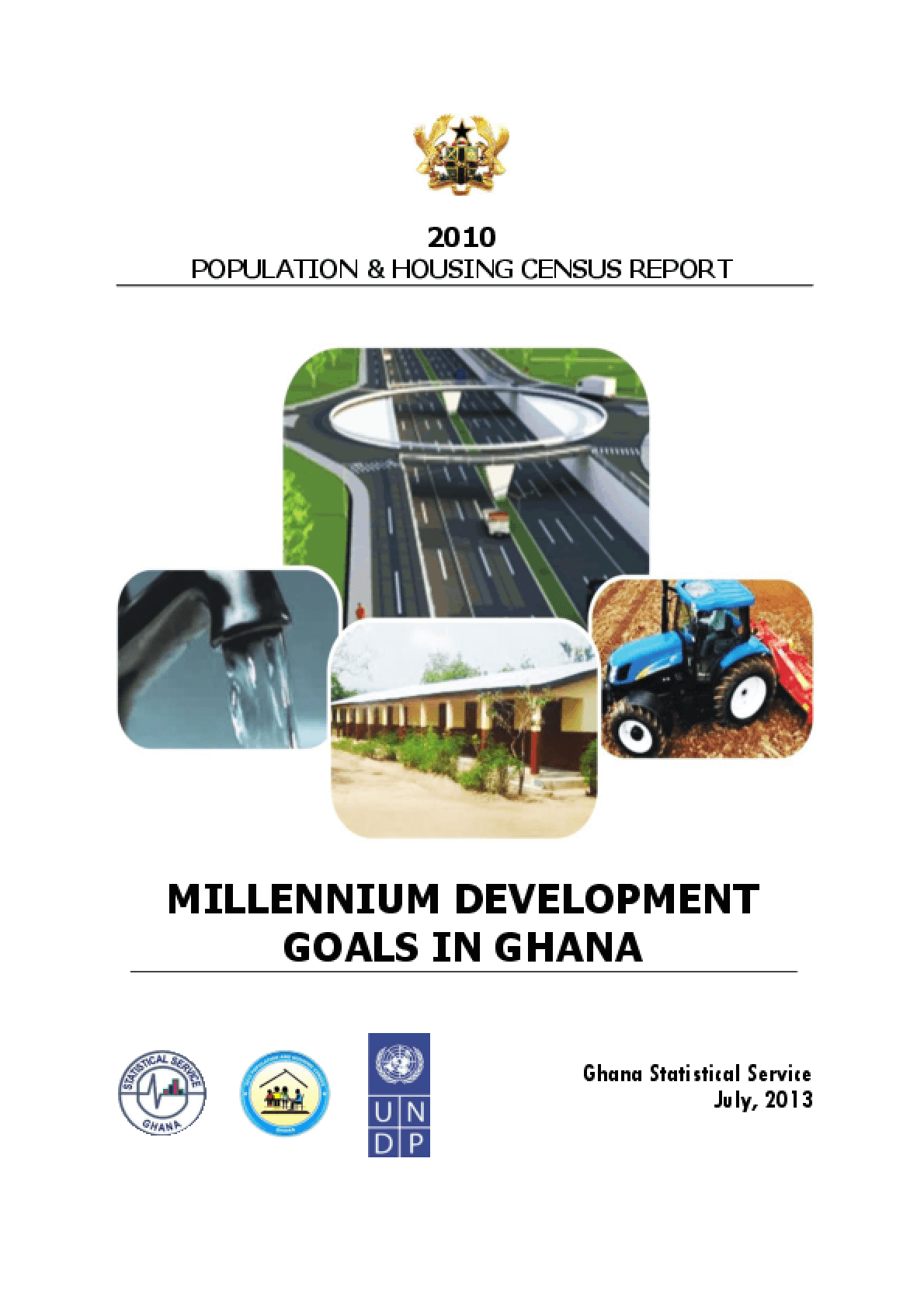