Often thought of as simply a retirement system, Social Security provides benefits to millions of disabled workers and their families, survivors of deceased workers, and retirees. Altogether one in every six Americans benefits directly from Social Security, and many more live in households with a Social Security beneficiary.The program has been the bedrock of economic security for working and retired Americans for 75 years. Every year, the Social Security Trustees are required by law to project the program's finances 75 years into the future. Doing so requires making numerous assumptions about productivity, economic growth, wages, fertility, longevity, immigration rates, and other factors. Three different scenarios are created. The 2010 Trustees' Report has once again confirmed the health and the long-term vitality of the Social Security system. Let's take a look at the facts: 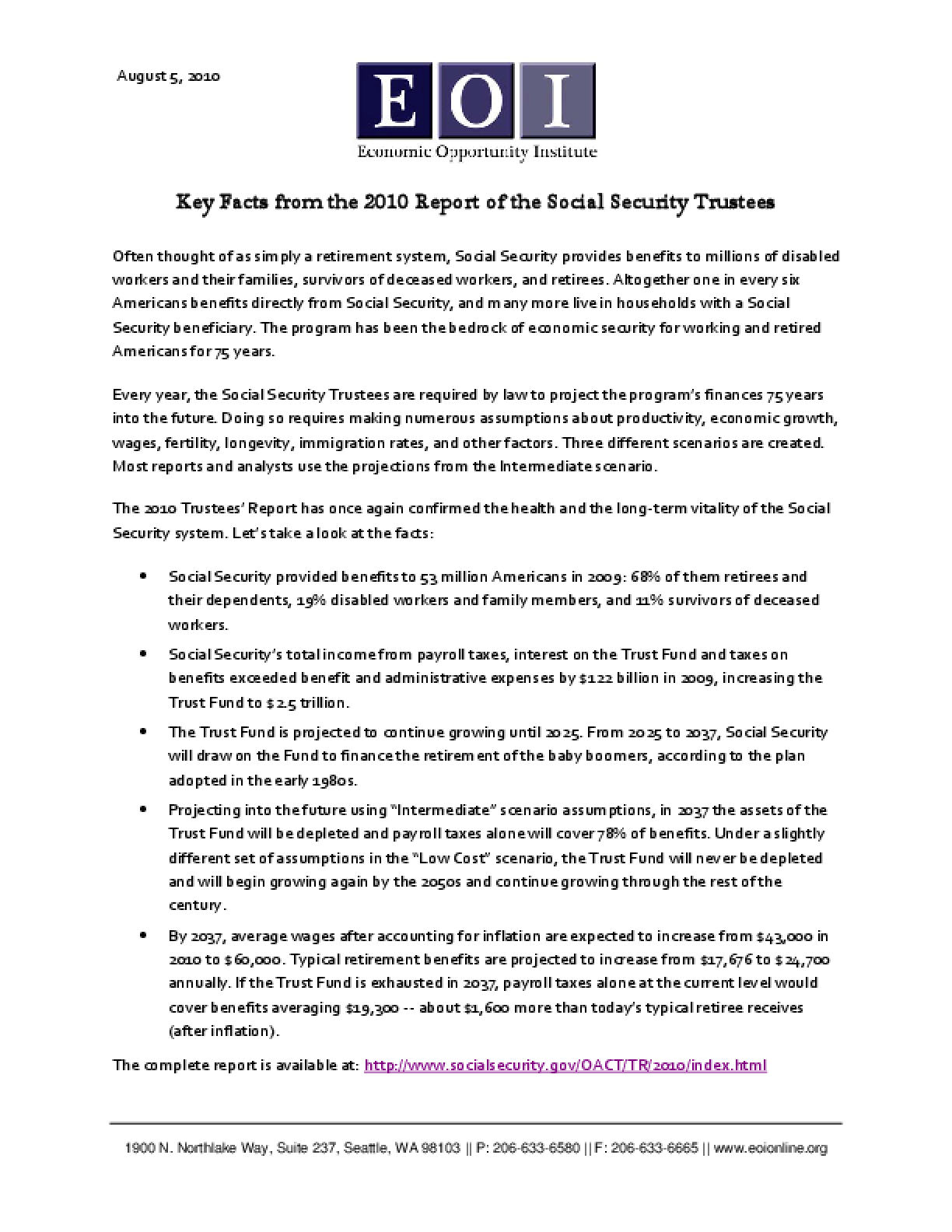