The Gulf War Veterans' Illnesses Task Force (GWVI-TF) was formed to ensure that the Department of Veterans Affairs (VA) maintains a focus on the unique health issues faced by Veterans of the 1990-1991 Gulf War (Operations Desert Shield and Desert Storm). The Persian Gulf War is legally defined in title 38 United States Code (U.S.C.) § 101(33) as beginning on August 2, 1990, and ending on the date thereafter prescribed by Presidential proclamation or by law. Although the term "Gulf War Veterans" could refer to all Veterans of conflicts during this period, including Veterans of Operation Iraqi Freedom, and subsequent conflicts, the GWVI-TF target population is Veterans who were deployed on the Operation Desert Shield and/or Operation Desert Storm components of the 1990-1991 Gulf War, hereafter referred to as Gulf War Veterans. In August 2009, the Secretary of VA directed a comprehensive review of VA's programs to support this population of Veterans with the goal of developing an overarching action plan to advance their services, and ultimately improving their satisfaction with the quality of services and support that VA provides. This is GWVI-TF's third annual report and is intended to document VA's roadmap for achieving these goals and the concrete actions that VA has taken to improve care and services to Gulf War Veterans. The work of GWVI-TF continues to be based on a premise that the efforts are part of the core VA mission "to care for him who shall have borne the battle and for his widow, and his orphan." 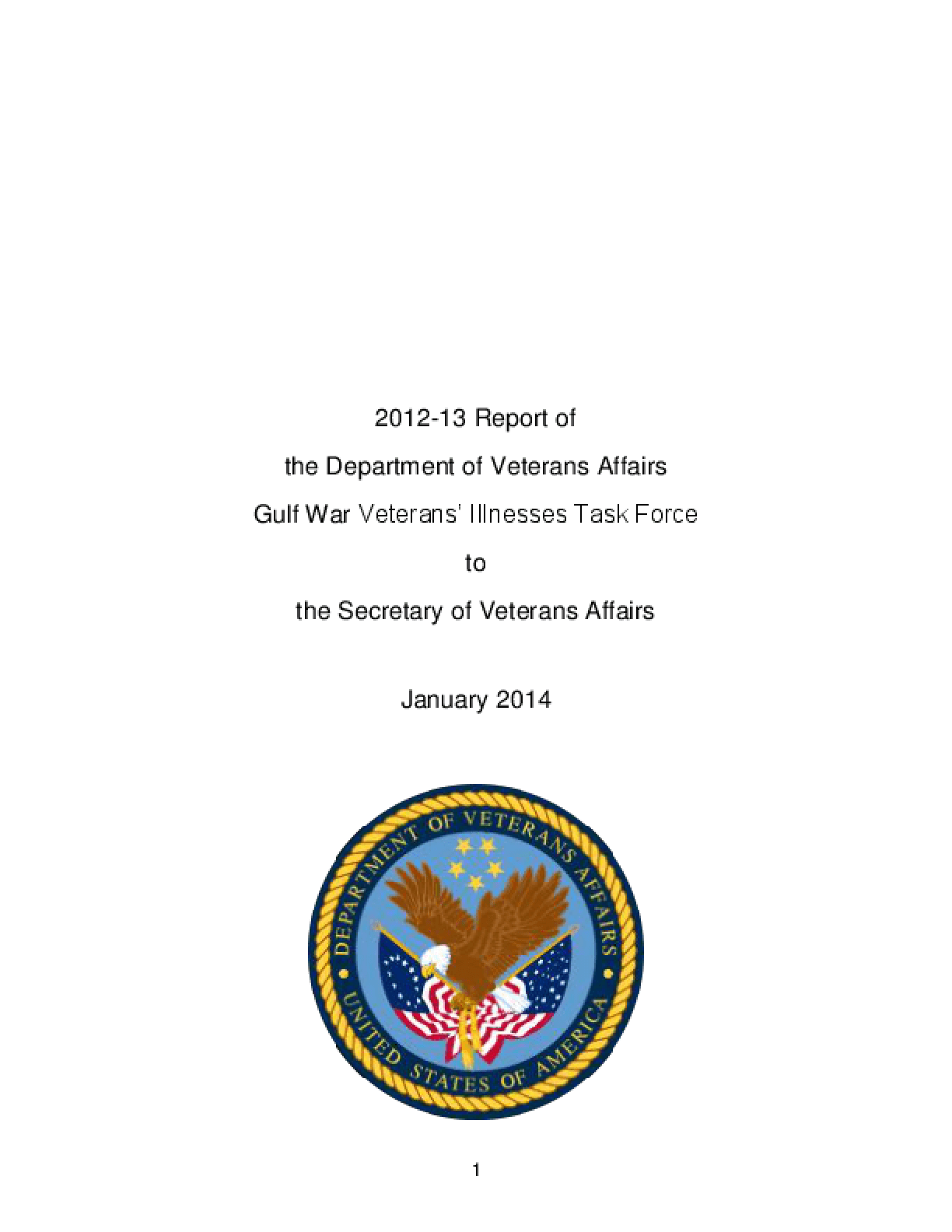