The scale and conditions of poverty make it one of the most pressing social issues facing our state and nation. Over 48.5 million people in the United States are living in poverty, 1.9 million of them in Illinois.1 Poverty will touch the majority of Americans at some point during adulthood. On average, 60% of 20-year-olds in America will experience poverty at some point during their adult years, and about half of adults will experience poverty by the time they are age 65.2 In addition, one-third of the overall population of the United States will experience extreme poverty in their lifetimes, with incomes below half of the poverty line.As the latest Report on Illinois Poverty is released, Heartland Alliance is celebrating its 125th anniversary, and we have refocused our organizational mission squarely on ending poverty. We are doing this work in collaboration with federal, state, and local governments and others—including witnesses to poverty, funders, businesses, community-based organizations, and communities of faith. We know that we can't end poverty without fully understanding the nature, scale, and scope of the issue. This year's Report on Illinois Poverty brings us back to these basics. It explores who is poor in Illinois, why poverty exists in the first place, what hardships being poor induces, and how we can end poverty. It also gives voice to our neighbors experiencing poverty as they talk about their challenges living in, getting out, and staying out of poverty. Throughout the report, listen to Witnesses to Poverty and hear their voices directly as they share their stories. 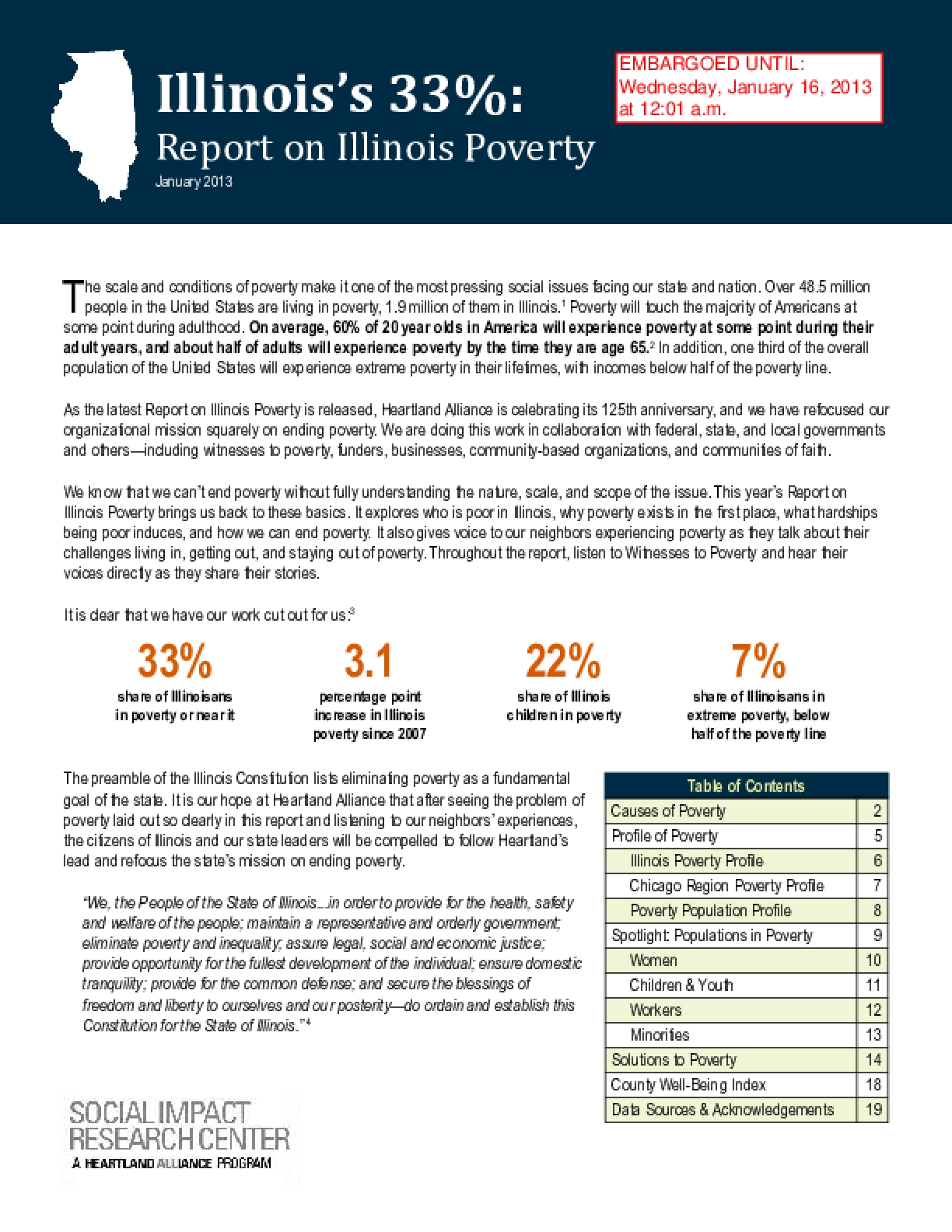