For the past five years, Pew has tracked investment and finance trends in the world's leading economies. Over that period, the clean energy industry has been buffeted by a global recession, broad changes in energy markets, and uncertainty surrounding international policies on clean energy and climate change. Despite these challenges, the clean energy sector is now an annual $250 billion component of the world economy. Although global clean energy investment in renewable sources, biofuels, smart energy, and energy storage fell 11 percent in 2013, to $254 billion, a number of developments indicate a promising future for clean energy. First, the prices of leading technologies such as wind and solar have dropped steadily for decades; they are increasingly competitive with century-old and more financially volatile conventional power sources. Second, clean energy manufacturers are moving forward and have effectively weathered withering competitive pressures, consolidations, and policy changes. Investor confidence about the long-term future of renewable energy was reinforced in clean energy stock indexes in 2013, which rose sharply over the year. Third, markets in fast-growing, developing countries are prospering; these economies see distributed generation as an opportunity to avoid investments in costly transmission systems, comparable to the deployment of cellphones instead of costly landline infrastructure. Even in the contracting markets of Europe and the Americas, which have affected the overall industry, policymakers are recalibrating rather than abandoning clean energy policies. 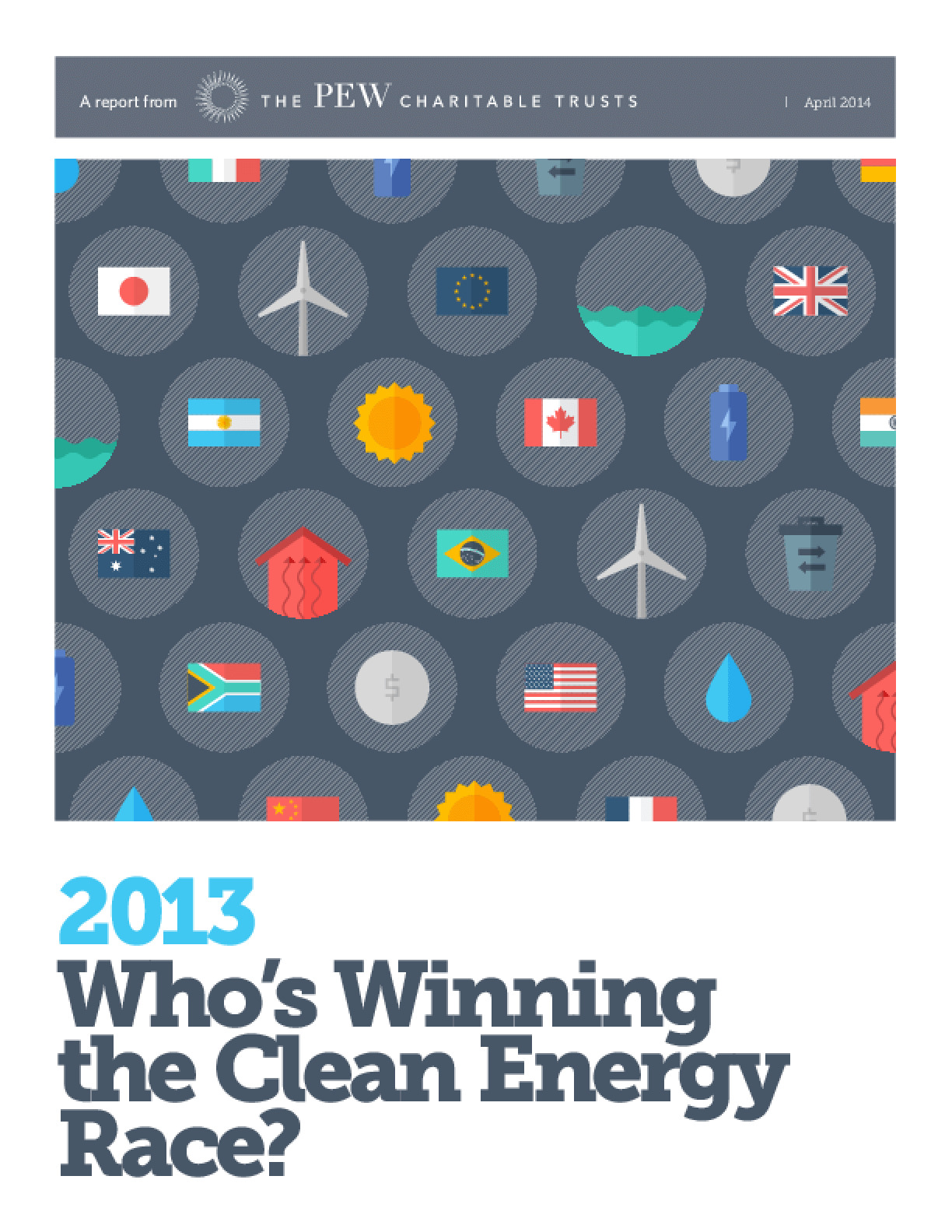