2014 and Beyond: Priorities for the European Union

The new leaders of the EU's institutions face immediate and major challenges—from conflict in the EU's surrounding region to rising xenophobia within its own borders—that have major implications for the future of Europe's open societies.

The European Parliament elections in May 2014 led to a turnover of half of the body's members and the intake of many more xenophobic populist parties. The European Commission—the EU's executive body—has a new president and College of Commissioners who will need to find new approaches to employment, inclusion, and development. The new European Council president will also have a tough job finding consensus among EU heads of state and government on issues ranging from relations with Russia to economic governance.

With this in mind, the Open Society European Policy Institute has prepared a set of briefings and recommendations for the new political actors in Brussels, entitled 2014 and Beyond: Priorities for the European Union, on the following key open society issues: 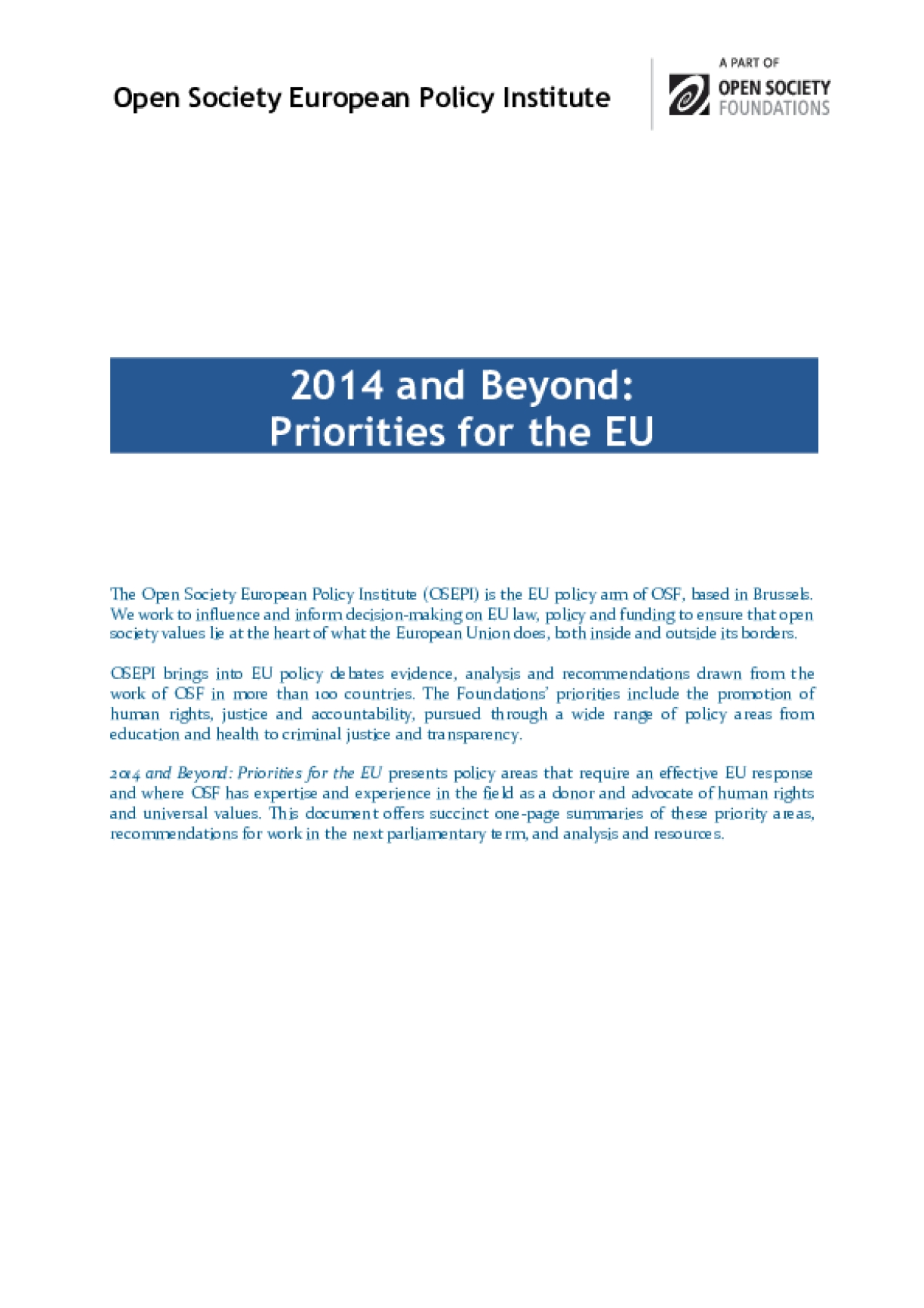