2014 Giving Study: An Overview of Grantmaking by Private and Community Foundations in the Southwest

In the seven-state philanthropy southwest region, private and community foundations contributed over $5 billion to charitable causes in 2011, representing an 18% increase over giving from 2009. The membership of Philanthropy Southwest increased their giving in 2011 over 2009 levels by even more -- 31%. In 2011, member foundations gave $1.4 billion, with over 50% of that giving directed toward education, human services, and health care. 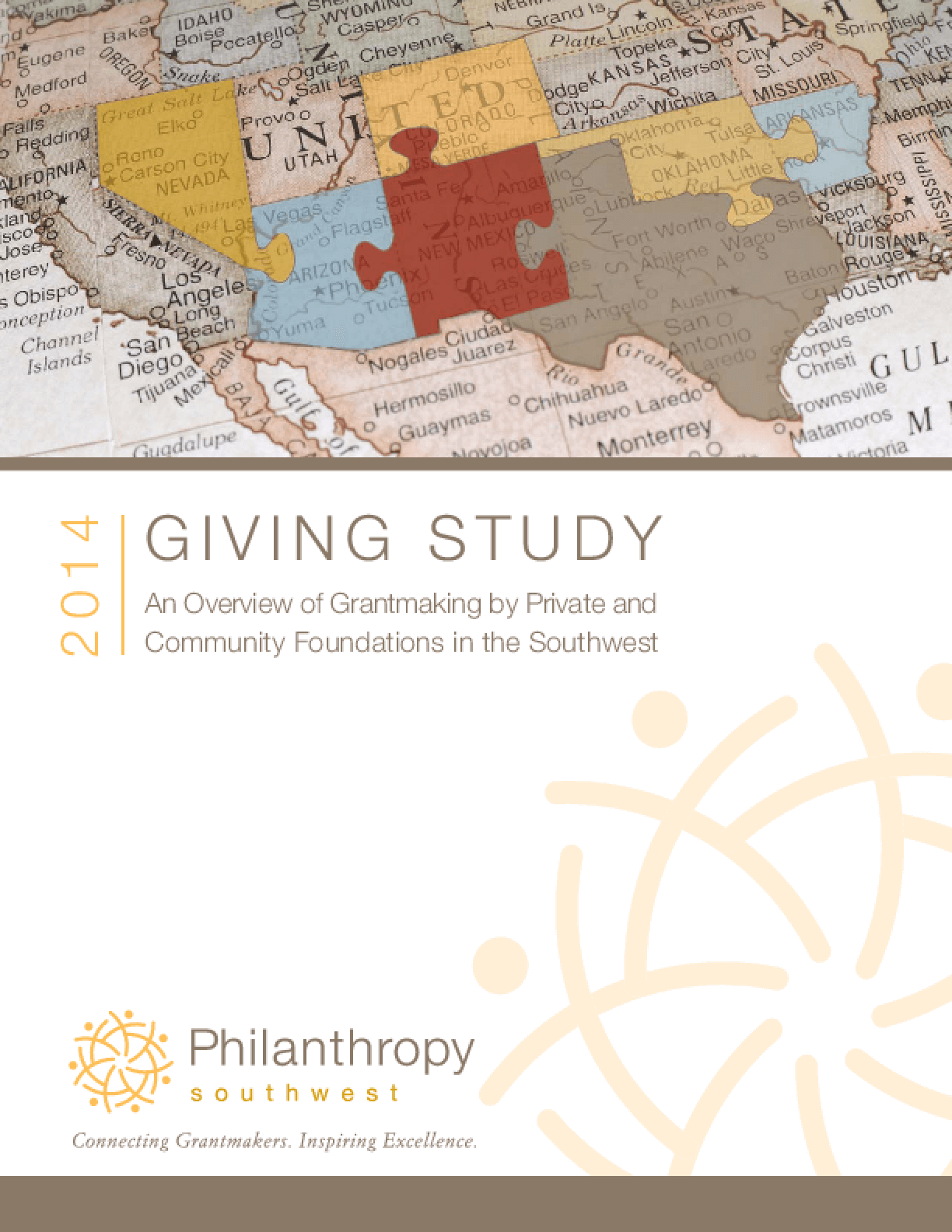