The 2014 Tracking Report (2016) explores the scope and character of foundation funding for LGBTQ issues in the calendar year 2014. The report analyzes 4,552 grants from 313 foundations, making it the most comprehensiveness assessment of LGBTQ funding available.

In 2013, funding for LGBTQ issues reached a record high of $153.2 million. In particular, there were significant increases in HIV/AIDS funding, support for the U.S. South, and grantmaking benefiting trans communities.

However, there are an unfortunate number of sobering statistics behind the promising headlines. Despite our most sophisticated survey of philanthropic entities to date, the report finds that not since 2009 have so few funders supported LGBTQ issues.

For the first time, the 2014 Tracking Report features an in-depth analysis of funding by 100 of the largest foundations in the United States. The report finds that more than 6 in 10 made no LGBTQ-specific grants in 2014. 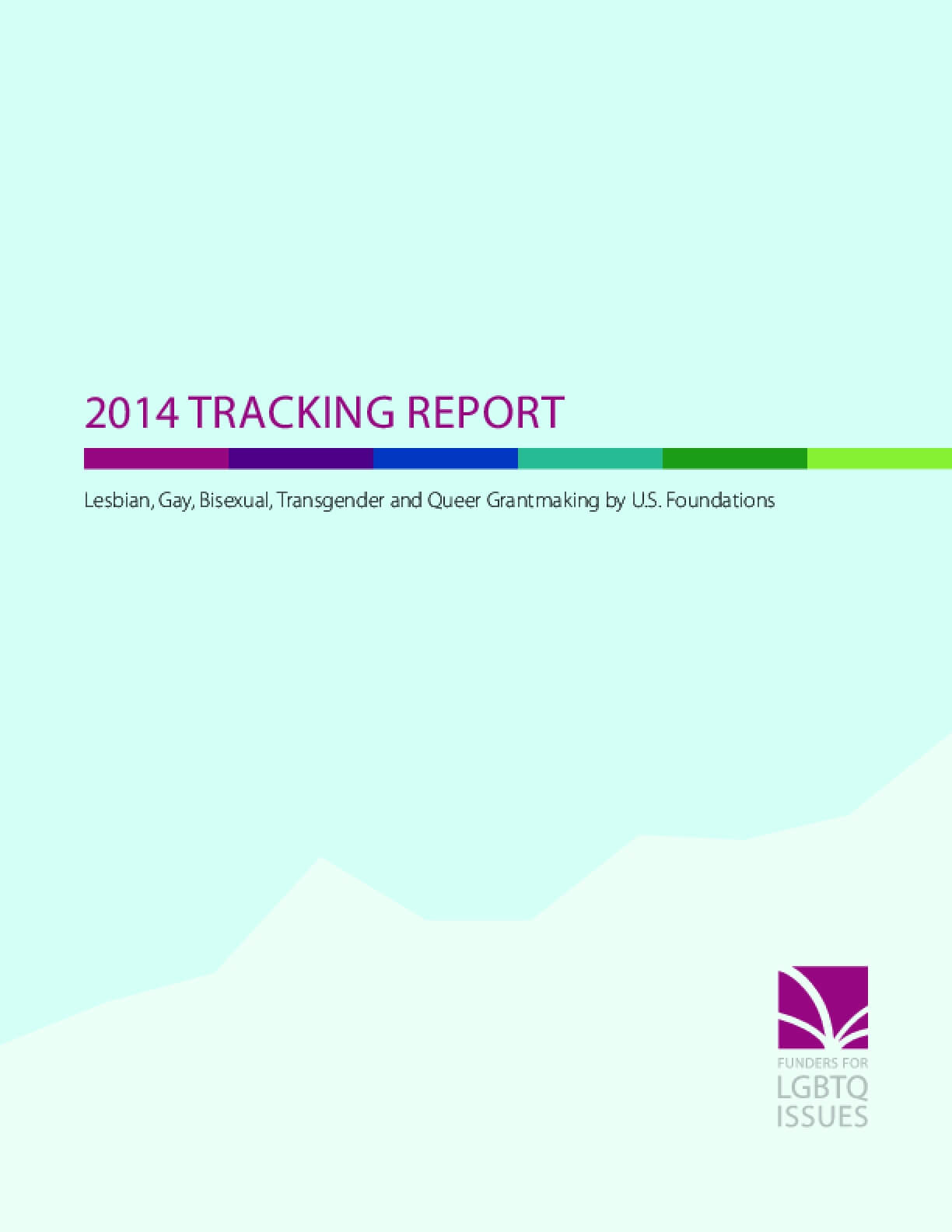