The Wisconsin State Health Plan for 2020 established a goal for everyone to live longer and better. Progress toward this goal can be measured by monitoring health outcomes, and the factors that contribute to those outcomes, for the state's population overall, as well as by considering the health status of specific populations within the state. This third annual report assesses progress for 20 health indicators in Wisconsin by assessing trends over the past 10 years and by determining whether current rates are better or worse than expected. Approach Ten-year trends for 20 leading health indicators were measured and compared to the standard developed for Healthy People 2020 of improvement of at least one percent per year. To assess recent trends, the most current rates for these indicators were compared to the expected rate had the baseline trend continued. In addition, where data were available, we report on both 10 year trends and current performance on these leading health indicators by gender, race and ethnicity, geography, and level of educational attainment. Results In the 2014 report, considering the population of the state in total, mortality trends for all age groups in Wisconsin are continuing to improve. The greatest improvements were among children/young adults and older adults (ages 1-24 and 65+). Two other health outcomes continue to be a cause for concern: the rate of low birthweight infants continues to increase and an increasing percentage of adults report their health as fair or poor. Within health behaviors, both teen births and excessive drinking continue to show decreasing trends. However, chlamydia rates, a new measure this year, and obesity rates continue to increase. Although the most recent values for all socioeconomic factors are better than expected, overall the trends are still worsening for all socioeconomic factors (high school drop-outs, unemployment, children in poverty, and violent crime rate). The picture is quite different for specific subgroups within the state's population. For example, the percentage of children in poverty is much higher for those in urban counties compared to those living in rural, non-urban and suburban counties. African American infants are almost twice as likely to be born at a low birthweight compared to other racial/ethnic subgroups. Smoking rates are almost five times as high for those without a high school degree compared to those with a college degree. Male death rates are higher than female death rates among every age group. 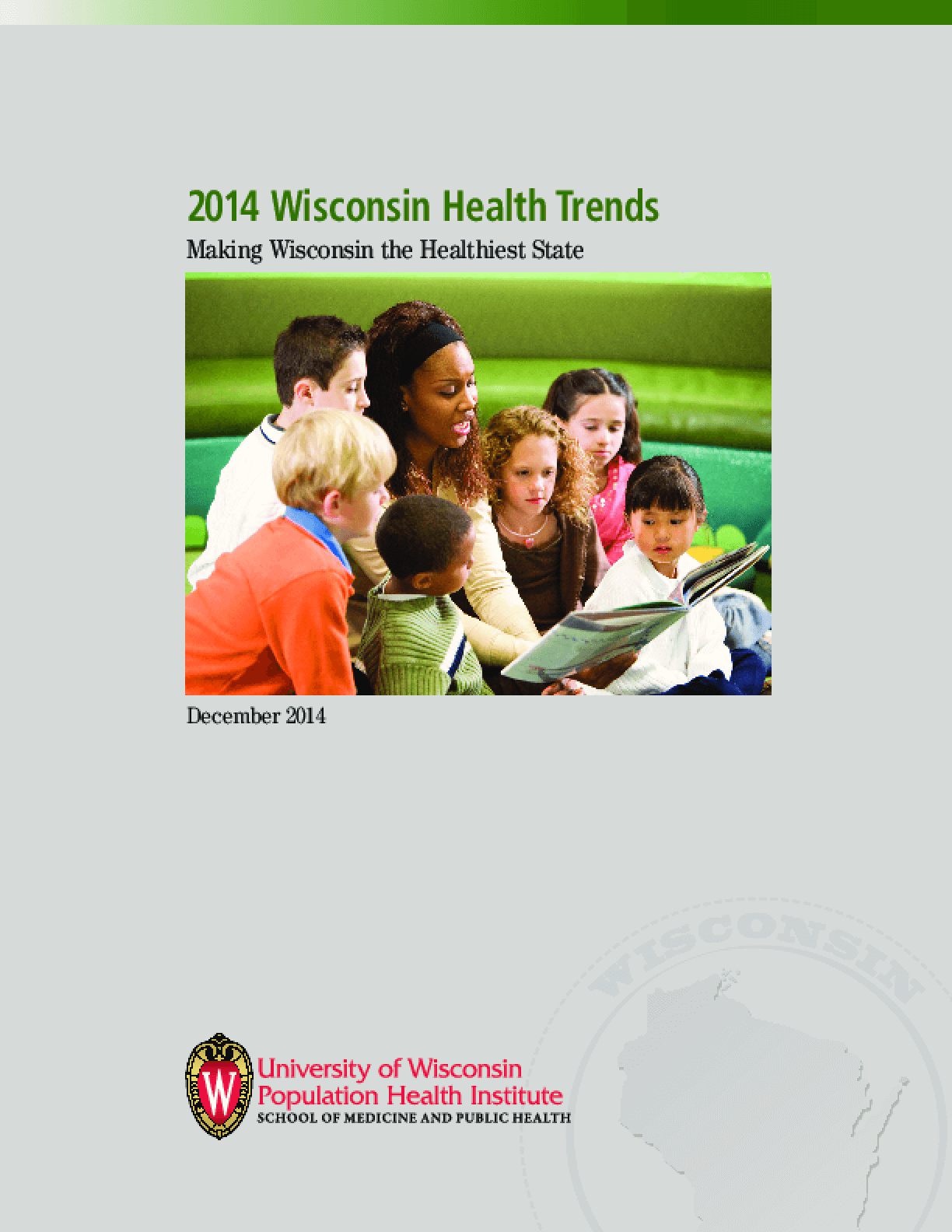