Funders for LGBTQ Issues and Global Philanthropy Project are pleased to share with you The 2015-2016 Global Resources Report: Philanthropic & Government Support for Lesbian, Gay, Bisexual, Transgender, and Intersex Communities, the most comprehensive report to date on the state of foundation and government funding for lesbian, gay, bisexual, transgender, and intersex (LGBTI) issues. This report captures data on 12,964 grants awarded by 511 foundations, intermediaries, and corporations and by 15 government and multilateral agencies over the two-year period of 2015-2016.

It builds upon the first edition of the Global Resources Report, which was released two years ago and focused on grantmaking in the calendar years 2013-2014. With this second volume, we now have comprehensive data on four calendar years of grantmaking, allowing us to conduct a deeper analysis of the trendlines for LGBTI funding over time. In several sections of this report, we offer not only a snapshot of funding for 2015-2016, but also an analysis of how funding has shifted over a four-year period. 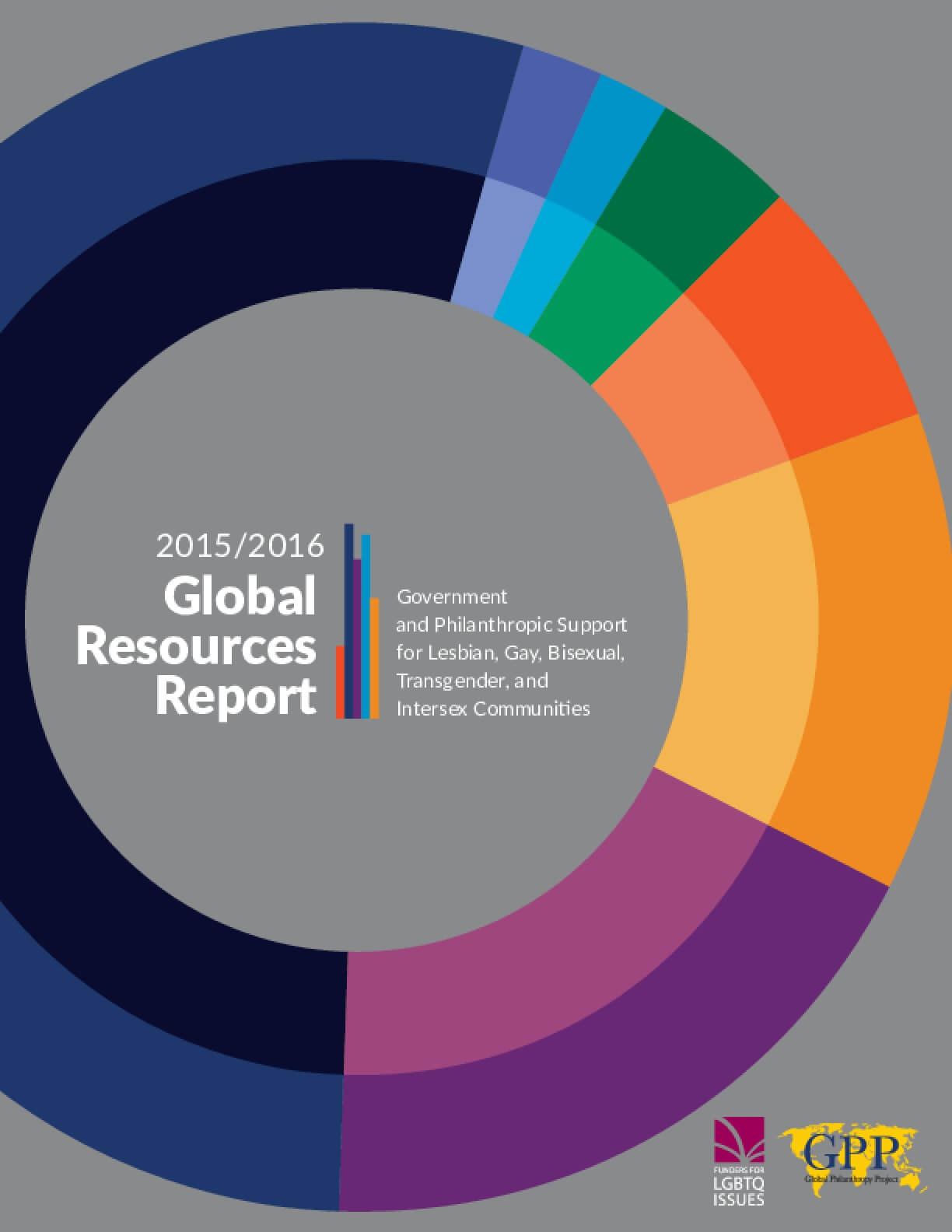