Data gathered from 812 U.S. colleges and universities for the 2015 NACUBO-Commonfund Study of Endowments® (NCSE) show that participating institutions' endowments returned an average of 2.4 percent (net of fees) for the 2015 fiscal year (July 1, 2014 -- June 30, 2015) compared with 15.5 percent for the 2014 fiscal year. This year's return was the lowest since the -0.3 percent reported for FY2012 and contributed to a decline in long-term 10-year average annual returns, to 6.3 percent from last year's 7.1 percent. This year's long-term return figure is well below the median 7.5 percent that most endowments report they need to earn in order to maintain their purchasing power after spending, inflation and investment management costs. Despite the decline in investment gains, 78 percent of Study respondents reported spending more in dollars from their endowments this year. Among institutions increasing their dollar spending, the median increase was a substantial 8.8 percent, well above inflation. The 812 institutions in this year's Study represented $529.0 billion in endowment assets. While the average endowment was about $651.5 million, more than half the Study participants had endowments that were below $115 million. 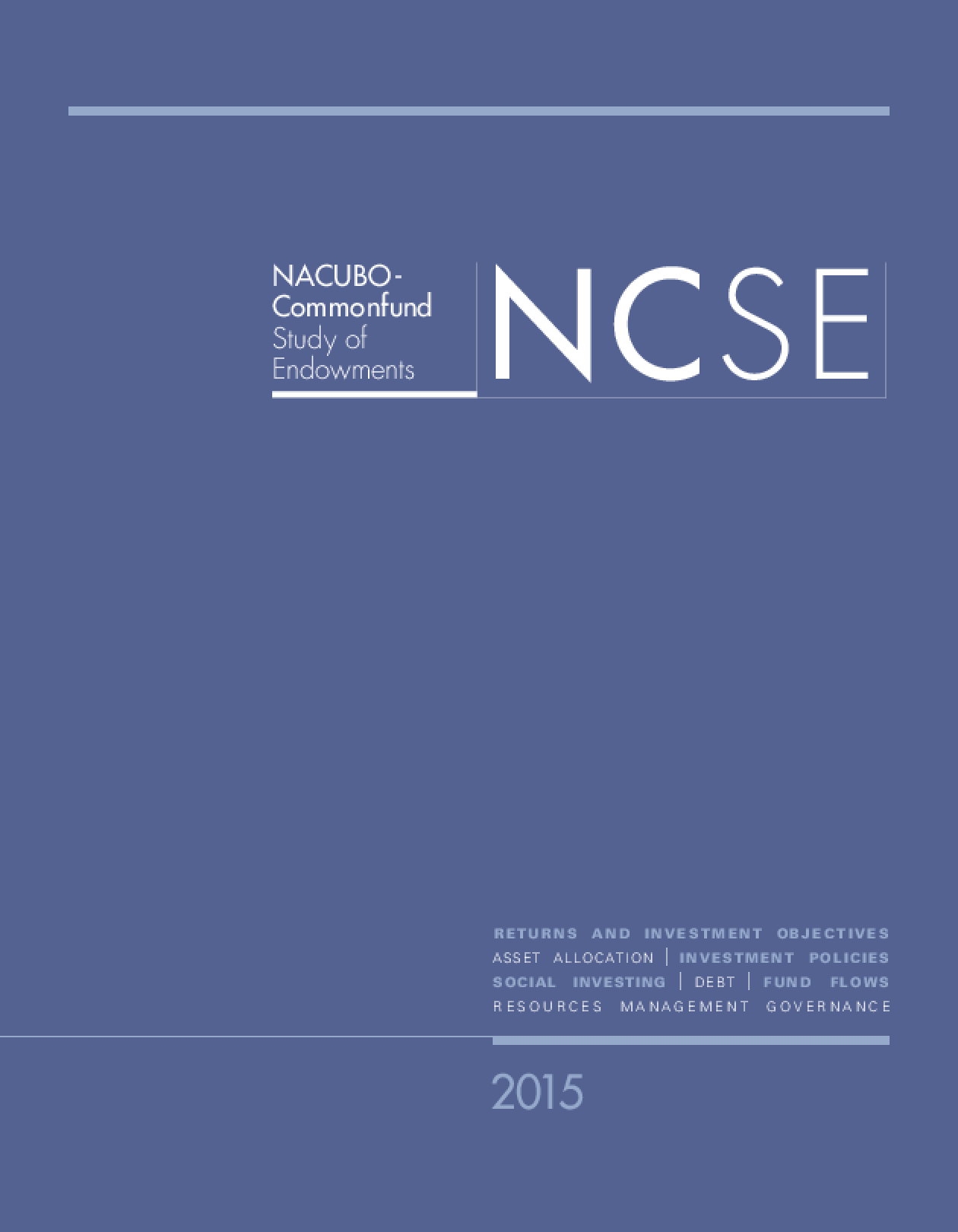