The Wisconsin State Health Plan for 2020 established a goal for all state residents to live longer and better. Progress toward this goal can be measured by monitoring health outcomes -- and the factors that contribute to those outcomes -- for the state's overall population, as well as by considering the health status of specific populations within the state. This fourth annual report assesses progress for 19 indicators of health outcomes and factors in Wisconsin by examining trends over the past 10 years and determining whether current rates are better or worse than expected. Approach Ten-year baseline trends for 19 leading health indicators were measured and compared to an improvement of one percent per year, the standard developed for the federal Healthy People 2020. To assess recent progress, the most current rate for each indicator was compared to the expected rate had the baseline trend continued. In addition, where data are available, we have analyzed 10 year trends on these leading health indicators broken out by gender, race and ethnicity, geography, and socioeconomic status. These detailed analyses are available online. Results When considering the overall population of the state, the 2015 report shows that the baseline mortality trends for all age groups in Wisconsin continue to improve, with the exception of the group of 25-64 year olds, for whom the mortality rate has remained stable. The greatest improvement in mortality is among children and young adults (ages 1-24). One health outcome, self-reported health, remains a cause for concern with an increasing percentage of adults reporting their health as fair or poor. Within health behaviors, the rates of smoking, teen births, and excessive drinking continue to show improvement with decreasing trends while obesity rates continue to rise. Although the most recent values for all socioeconomic factors were better than expected, the overall trends continue to worsen for all of these factors, including high school drop-outs, unemployment, children in poverty, and violent crime rate. However, these patterns of improving health do not hold true for all of the subgroups that make up the state's population, e.g.: 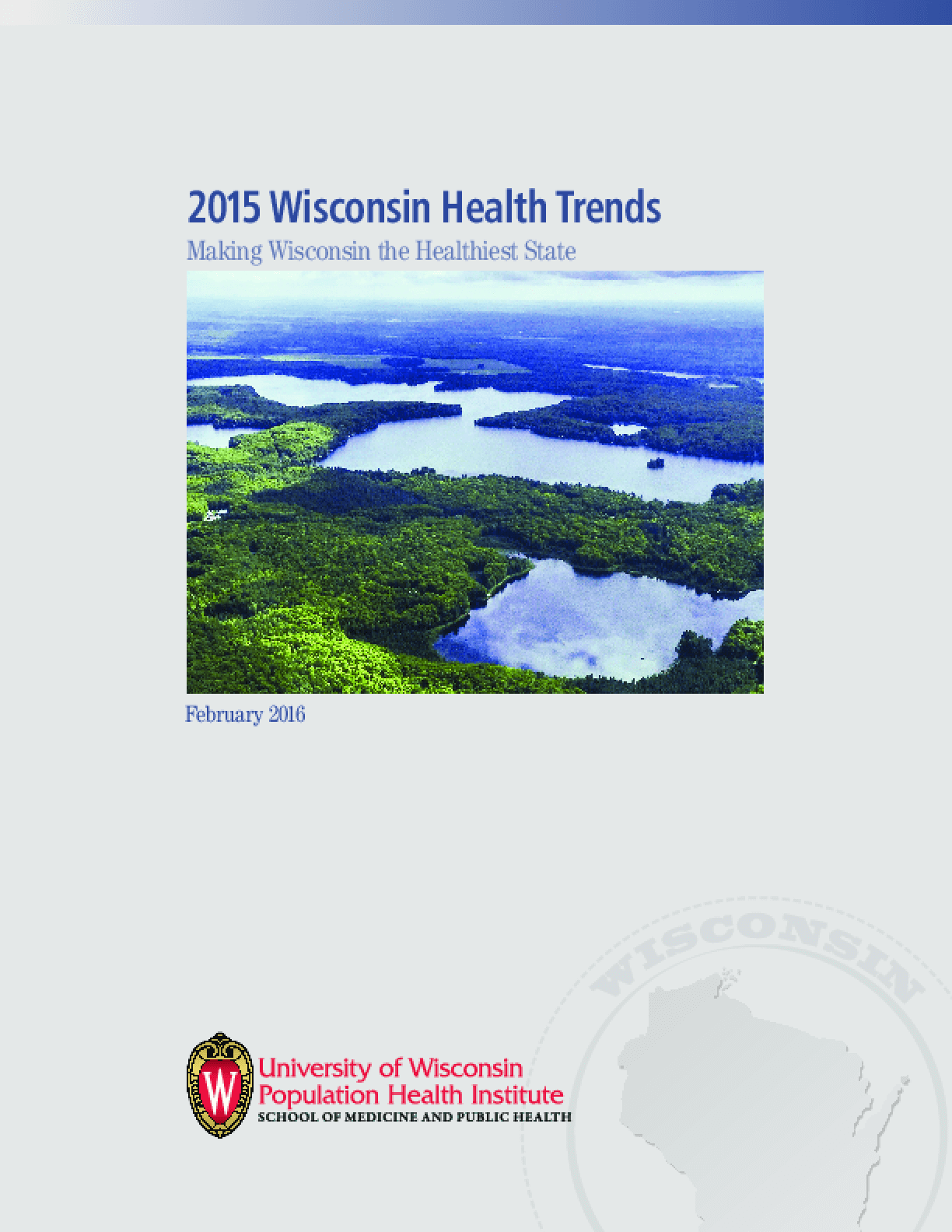