Over 18,000 sites and an associated 22 million acres of land are related to the primary hazardous waste programs that comprise much of the nation's hazardous waste infrastructure, and more than half of the U.S. population lives within three miles of a hazardous waste site. The current capacity of the nation's hazardous waste infrastructure is generally adequate, owing in no small measure to significant improvements in managing materials through recycling and reuse, rather than disposal. There have also been significant improvements in remediation technologies, resulting in faster and less resource-intensive cleanup approaches. 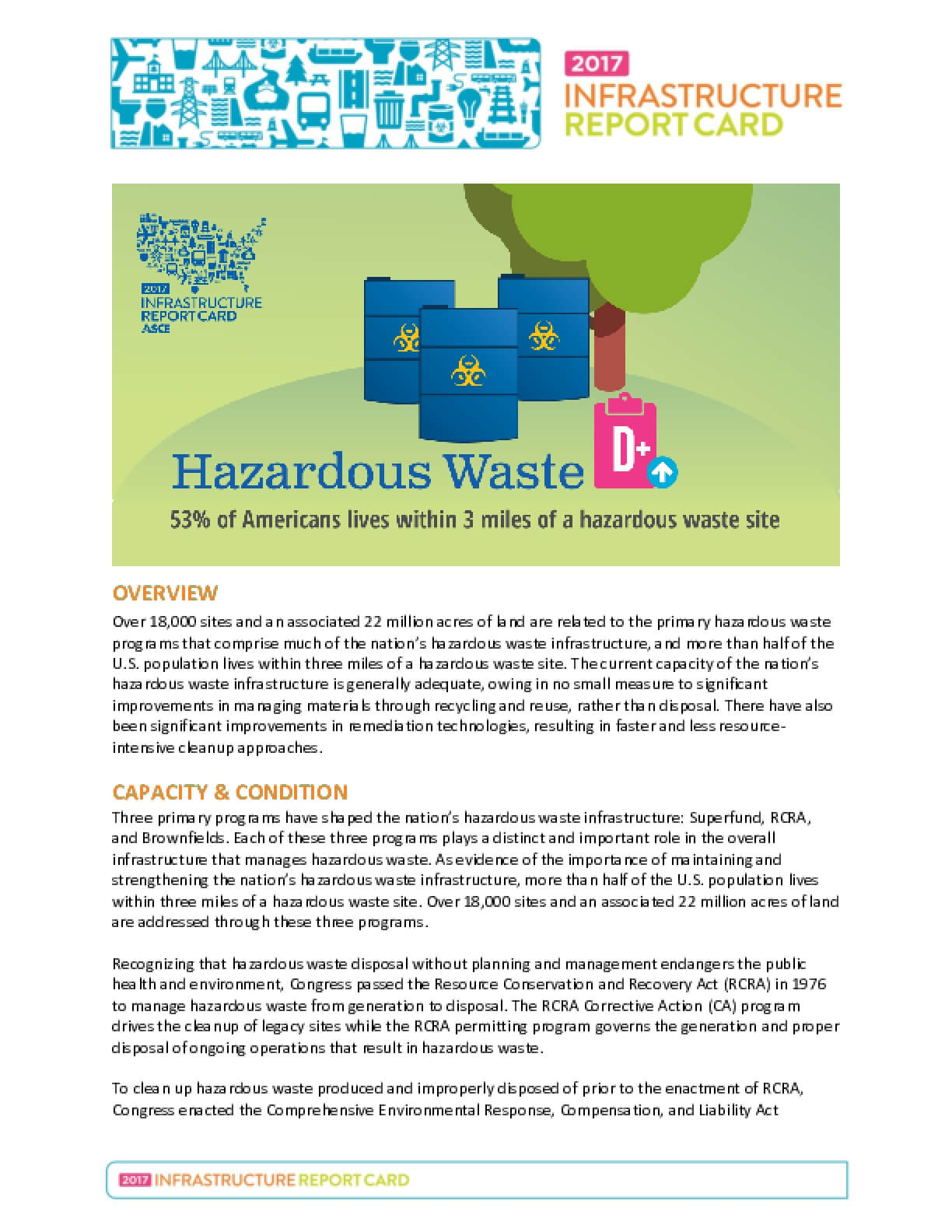