5 Things You Need to Know About Stop, Question, and Frisk

"Terry Stops," based on reasonable suspicion, have been sanctioned and used by law enforcement since 1968 when the U.S. Supreme Court decided Terry v. Ohio (392 U.S. 1 (1968)). When performed in the manner authorized by the courts, Terry Stops remain a Constitutional practice today.

In 2013, a federal district court ruled in Floyd, et al. v. City of New York, et al., that the manner in which the New York City Police Department (NYPD) applied the tactic between January 2004 and June of 2012 violated the Fourth and Fourteenth Amendment and thus was unconstitutional.

The use of "Stop, Question and Frisk" (SQF) as a crime reduction or deterrence strategy has been scientifcally studied. Weisburd, et al. (2016) analyzed data on NYPD's SQFs from 2006 to 2011 and found these stops "produce a modest deterrent effect on crime", citing a likely 2% (two percent) reduction attributable to SQF. The study notes "We think it is time for scholars to recognize that SQFs focused on microgeographic hot spots are likely to reduce crime." The study noted the less positive findings of other studies that considered the impact of SQF in larger geographic areas such as precinct and city-level, gun recoveries, etc.

Extremely important however, is the study's further conclusion, noting that the broad application and use of SQF is highly objectionable by many, exacerbates our crisis of legitimacy and trust, and is likely not worth the social and operational costs to implement broadly. Agencies should review all of the evidence before considering the use of SQF as a deterrence strategy, particularly when other effective options exist. 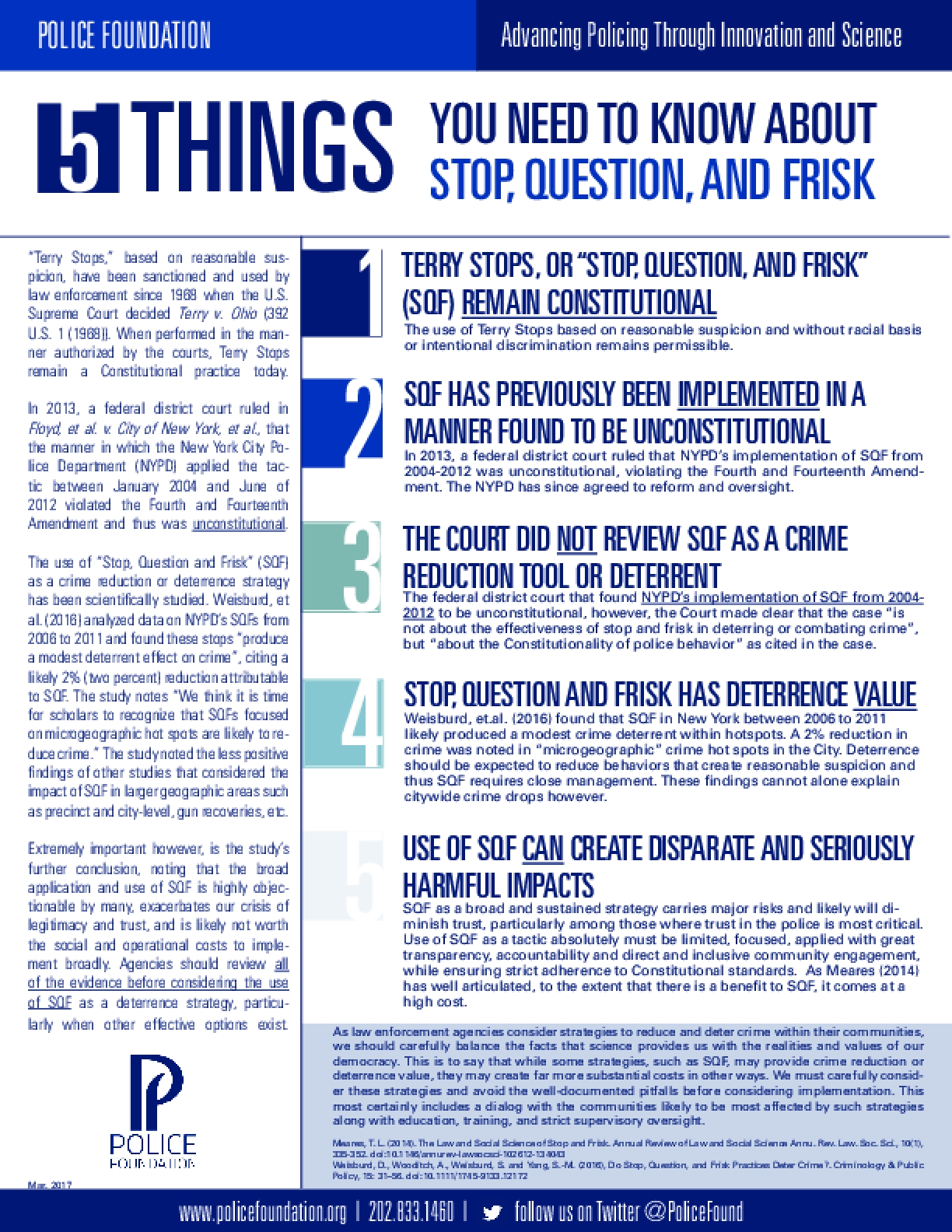