50 Years after the Civil Rights Act: The Ongoing Work for Racial Justice in the 21st Century

This report documents the state of civil and human rights, and paints a persuasive picture of just how far the United States still has to go to make racial justice a reality. The report also makes a series of policy recommendations in the areas of justice reform, education, employment, hate violence, housing, human rights, immigration policy, media and technology, and voting. This Report commemorates the 50th anniversary of the Civil Rights Act and the 20 years since the United States ratified the Convention on the Elimination of All Forms of Racial Discrimination (CERD). The Leadership Conference on Civil and Human Rights collaborated with 39 other organizations in 2014 in documenting their concerns and recommendations for progress under the treaty. According to the report, while progress has been made, the U.S. still struggles on many fronts. The Leadership Conference addresses racial justice and highlights many of the issues that remain important today. 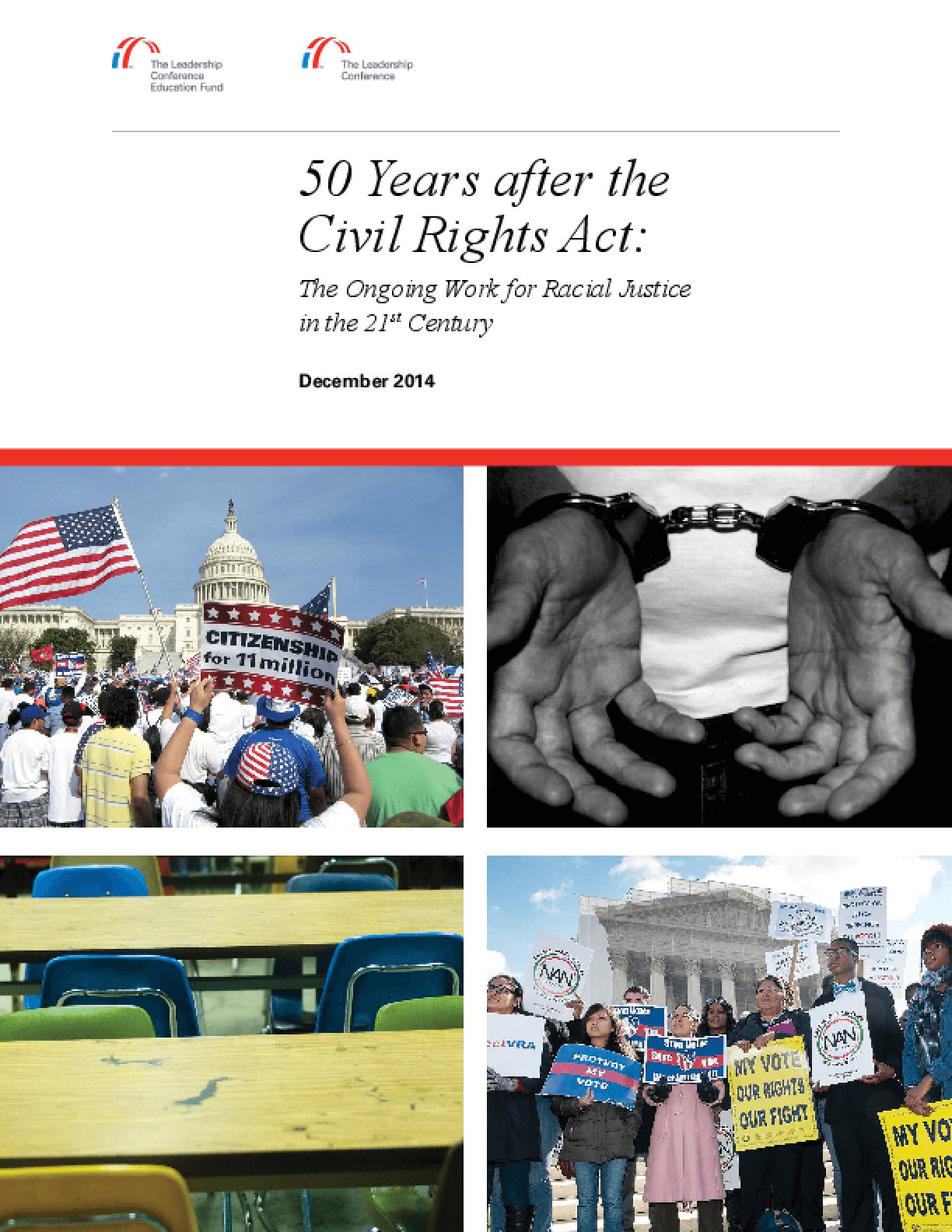