50 Years After the Kerner Commission: African Americans are better off in many ways but are still disadvantaged by racial inequality 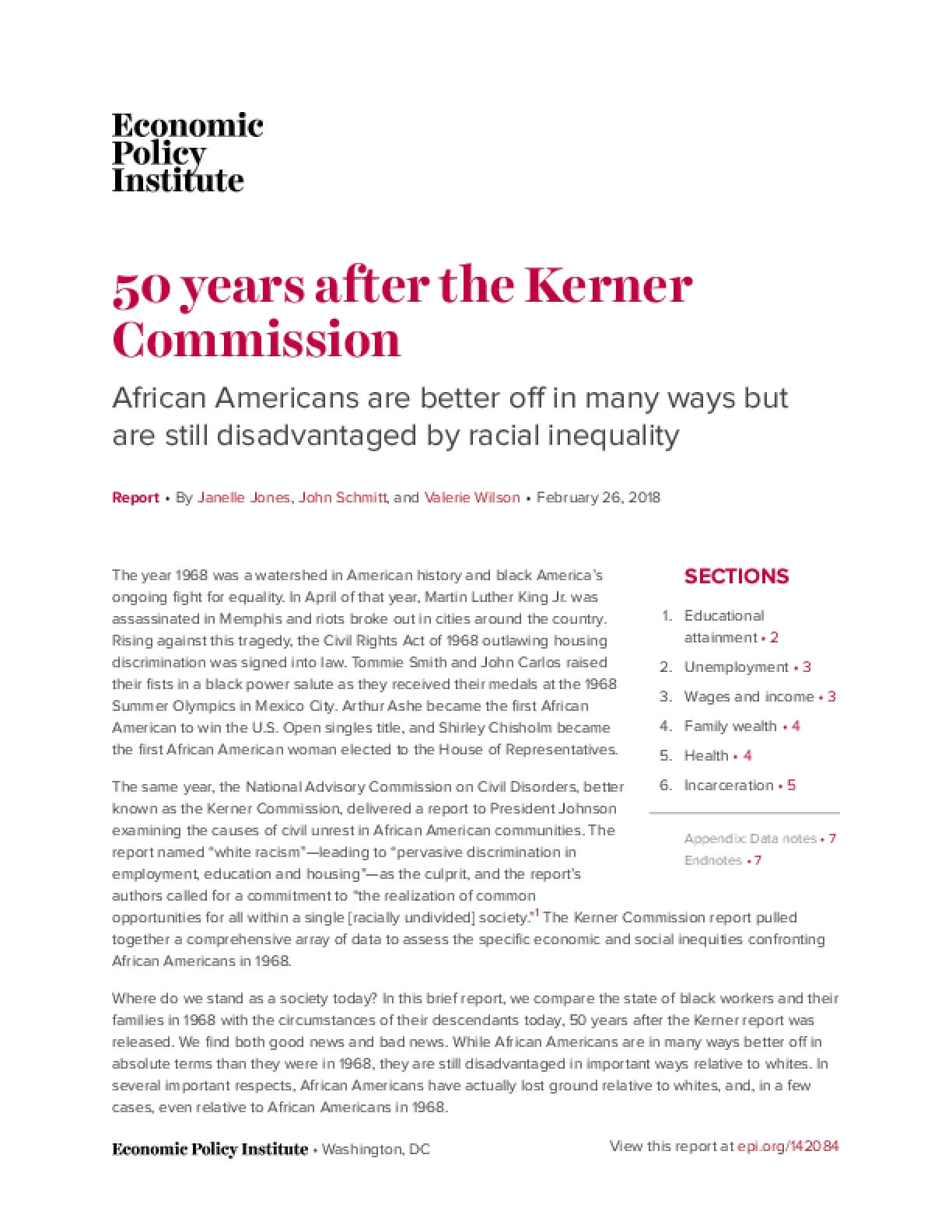