America holds a long-cherished reputation as a land of opportunity. Yet 50 years ago, more than one in five Americans lived in poverty. To combat this soaring inequality, President Lyndon B. Johnson declared a War on Poverty in his 1964 State of the Union address. The War on Poverty was part and parcel of Johnson's Great Society, a set of programs and policies designed to tackle social problems of the day. Fifty years later, how much progress has been made? Half a century after our country committed to an "unconditional war on poverty," it's high time to recalibrate the war to fit 2014 realities. To that end, this report provides an unprecedented snapshot of the last 50 years and uses data on the modern face of poverty in Illinois to inform the retooling of existing solutions and spur new innovations to help end poverty. 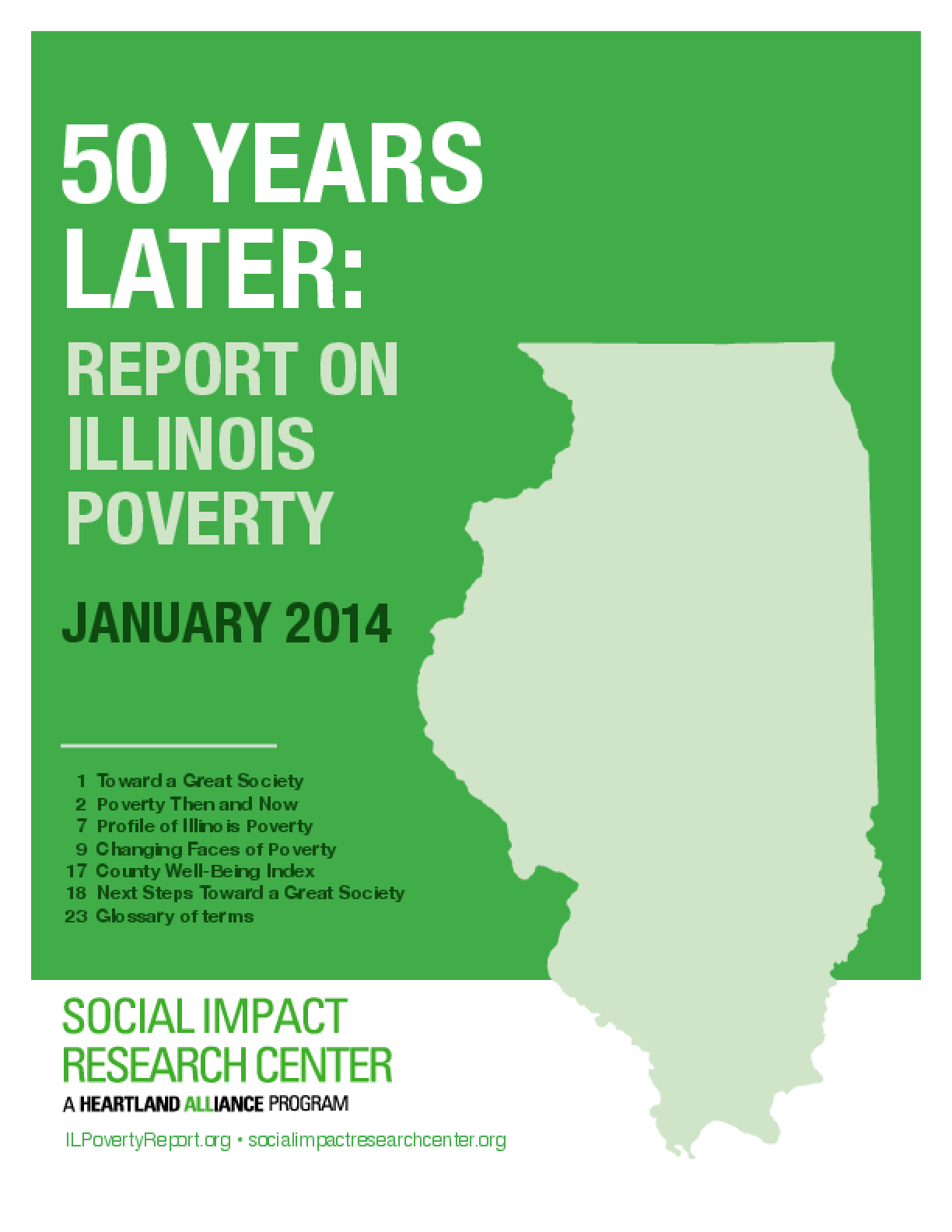