62.4 Report: Profile on Urban Health and Competitiveness in Akron, Ohio

Like many cities in the Midwest, Akron, Ohio has weathered a long-term decline in its traditional economic base and has had to reimagine its role in the twenty-first century economy. The city was long believed to have navigated this transition more successfully than many of its peers, but recent data analysis shows many troubling economic and demographic trends that could negatively affect the city's long-term trajectory. Based on analysis of city-level data and interviews with local stakeholders, the "62.4 Report", titled to refer to the city's square mileage, details the city of Akron's current condition in terms of economic strength, individual and family economic health, neighborhood stability, and demographic trends. The Report focuses on Akron's assets and challenges to make recommendations for how the city can regain a competitive edge. 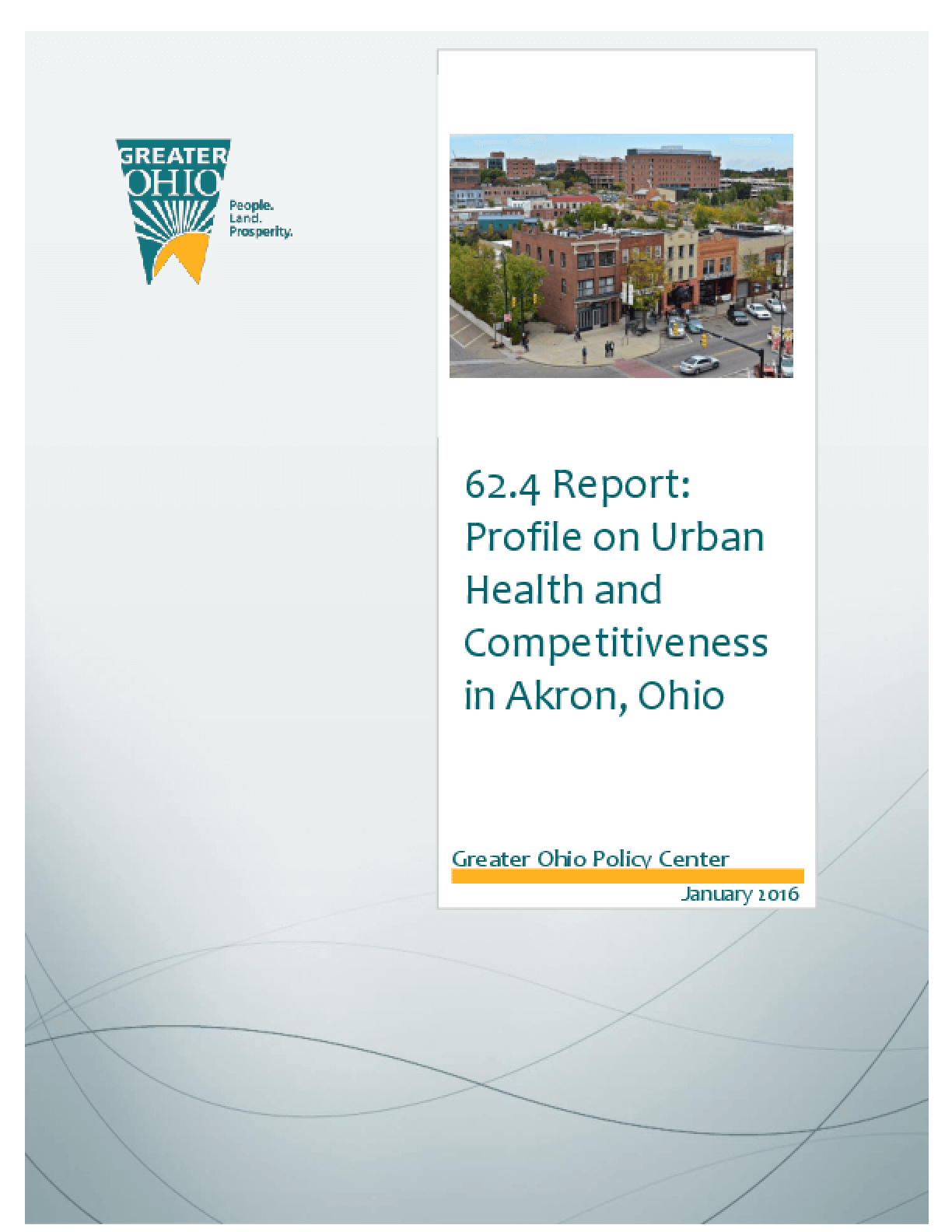