The aims and objectives of this baseline study on the provision of Hospice/Specialist Palliative care service in Ireland were to present and up-to-date overview of the current state of service provision in hospice/specialist palliative care on a consistent basis regionally as well as providing a solid basis for assessing current and future service needs and for determining the resources required. There were specific gaps in service provision relative to the recommendations of the National Advisory Committee on Palliative Care (Department of Health and Children, 2001). This evidence base proved to be a useful advocacy tool for advocates and providers of palliative care in Ireland. The research study as a source of evidence has been a very useful advocacy tool in raising awareness about the provision of hospice/specialist palliative care and influencing government with regard to palliative care provision. The study found a wide regional divergence in the range of services and care options available. And while a notable expansion in the number of consultants in palliative medicine appointed, in many cases these were not accompanied by an expansion of hospital-based teams. The study also revealed a significant shortfall in government funding and a consequent lack of progress in the development of specialist palliative care services. In general, it might be said of the 'state of the field' that there are certainly signs of movement in the direction of stated government policy since 2001. However, the pace of change has been hugely varied. 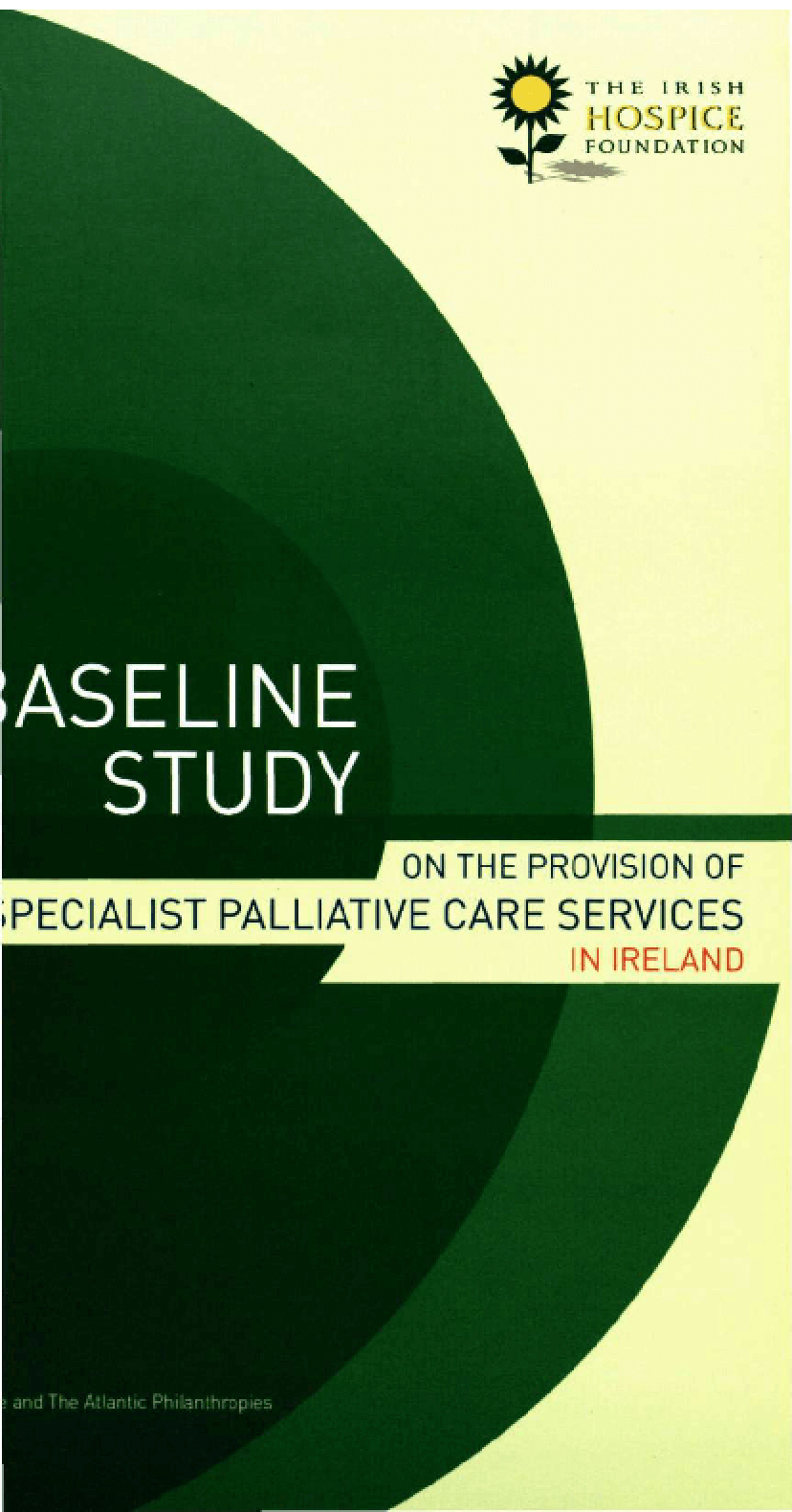