A Better Deal at Half the Cost: SSA Scoring of the Cato Social Security Reform Plan

The Social Security Administration's Office of the Actuary has officially "scored" the Individual Social Security Investment Program Act (HR 530), introduced by Reps. Sam Johnson (R-TX) and Jeff Flake (R-AZ). That legislation is based on the Cato Institute's 6.2 Percent Solution. (There are slight differences between the Cato plan and the final draft of the legislation, but these would not significantly change the scoring.) According to SSA's actuaries, the 6.2 Percent Solution would eliminate Social Security's long-range actuarial deficit and restore the system to permanent "sustainable solvency." The legislation compares very favorably to other Social Security reform plans. In terms of giving workers more control and ownership of their retirement funds, the 6.2 Percent Solution clearly provides the most "bang for the buck." By 2046, the system would begin running surpluses, allowing any short-term debt to be repaid. Indeed, by the end of the 75-year actuarial window, the system would be running surpluses in excess of $1.8 trillion (in constant $2005). The SSA analysis shows that the 6.2 Percent Solution can provide large individual accounts while restoring Social Security to permanent sustainable solvency, and can do so in a fiscally responsible manner. 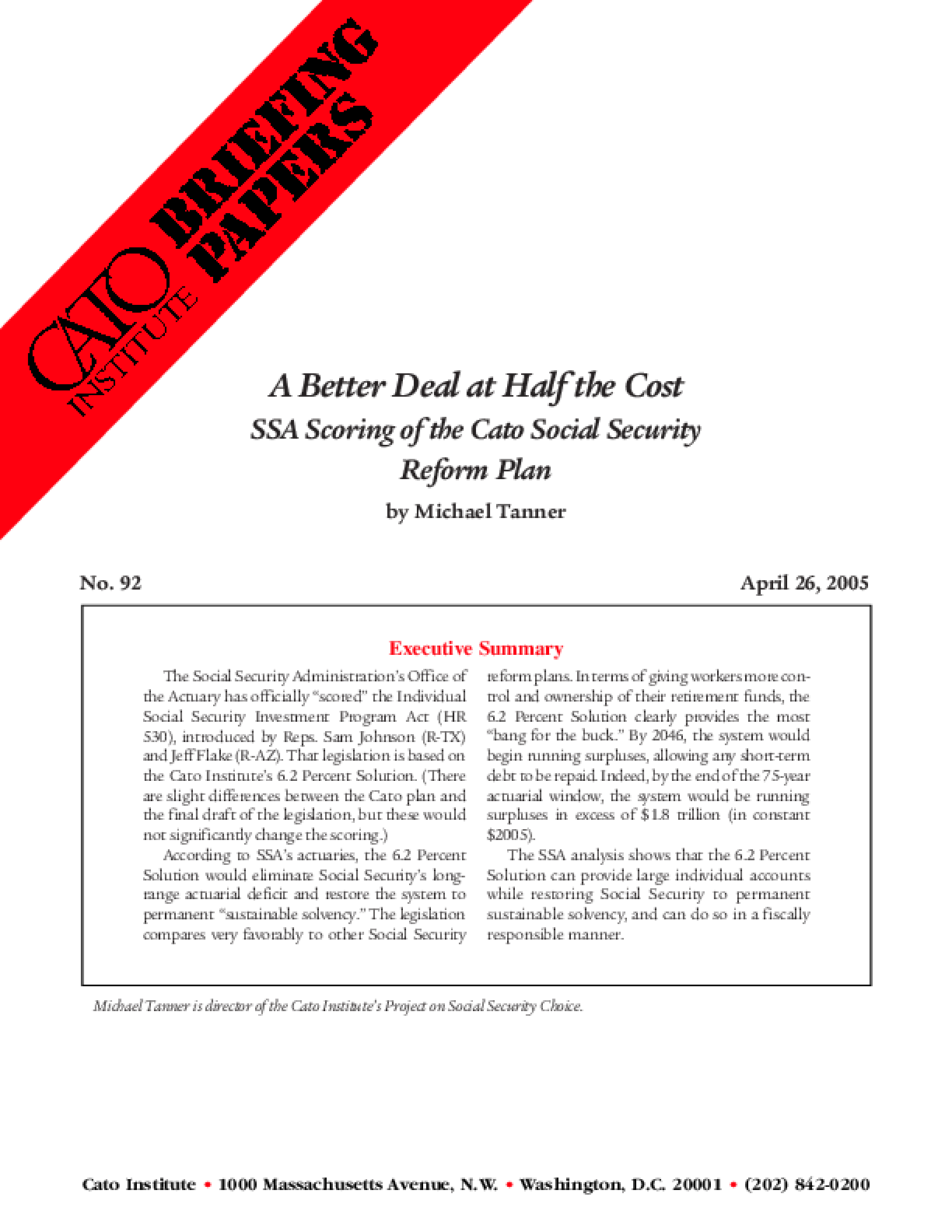