A Brief History of U.S. Immigration Policy from the Colonial Period to the Present Day

More than 86 million people have legally immigrated to the United States between 1783 and 2019. The legal regime under which they immigrated has changed radically over that time; the politics surrounding those changes have remained contentious, and past immigration policies inform the current political debate. Conflicting visions and piecemeal legislation have left the United States with an archaic and barely coherent immigration system with outdated policy objectives that is primarily controlled by the executive branch of government. We review the history of U.S. immigration policy, including the legal controversies that empowered Congress with its immigration plenary power and the historical policy decisions that still guide the U.S. immigration system, in order to contextualize the current political debate over immigration at the beginning of the Biden administration. 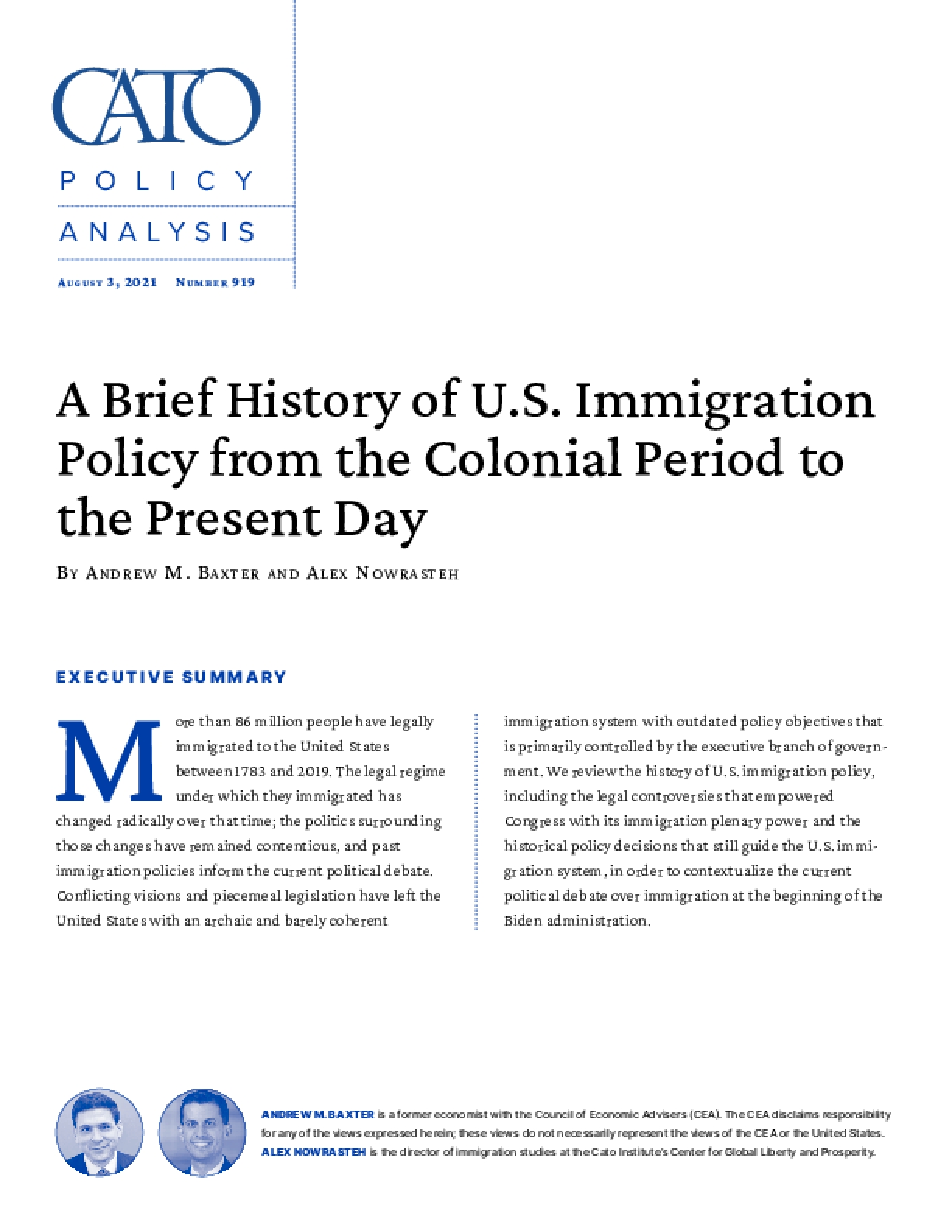