"A Call To Action: Los Angeles' Quest To Achieve Community Safety" is a report and policy brief telling the story of L.A.'s extraordinary experiment to keep kids safe in the City of Los Angeles' worst gang zones, and laying out a new comprehensive set of recommendations. The document also explains Advancement Project's comprehensive violence reduction strategy and shows how it could be used in other communities suffering from gang violence. The report, assembled by Advancement Proejct's Urban Peace and Healthy City programs, highlights progress the City of L.A. has made toward greater public safety, and how to build on those successes to achieve comprehensive community safety in places where children are still exposed to chronic trauma and violence. Five Years of Progress In 2007 Advancement Project released "A Call to Action: A Case for a Comprehensive Solution to L.A.'s Gang Violence Epidemic", a roadmap that explained why Los Angeles' 30-year "war on gangs" was failing to quell gangs and gang violence and laid out a comprehensive set of recommendations to reverse course. Since then, Advancement Project has worked closely with City officials to put these recommendations into place. Los Angeles has seen greater success in decreasing gang violence with gang-related crime reduced by over 15% and 35% fewer gang-related homicides surrounding neighborhoods served by the Mayor's Gang Reduction & Youth Development (GRYD) Office and by Summer Night Lights, a summer violence reduction strategy. In 2010 the homicide rate was at its lowest since the 1960s. Success in significantly reducing violence can be attributed in part to the following: In fact, efforts in Los Angeles have been so successful that other cities across the nation are working to adopt some of the strategies that have succeeded in Los Angeles. Time for a New Call to Action Despite amazing gains in violence reduction for the City of Los Angeles as a whole, there is still much left to do. We are not yet fully cured of this complex epidemic -- the conditions that spawn and sustain gang violence remain largely unchanged in L.A.'s most vulnerable communities. We continue to require holistic, systemic, and politically difficult solutions. "A Call to Action: Los Angeles' Quest to Achieve Community Safety"explains why, despite these significant accomplishments, the City faces a number of ongoing challenges and opportunities for investment. The Urban Peace program advocates for the leadership of the City and County of Los Angeles to publicly commit to achieving the following goals: Ending the public safety inequity that renders gang violence hot zone communities invisible to the rest of Los Angeles means we must provide youth greater alternatives that preempt gang joining. Political will is necessary to pull together a truly comprehensive solution with real government-community partnerships at both the City and County level, tailored to yield and sustain results for each individual neighborhood. Los Angeles cannot rest until every family and every child enjoy the first of all civil rights -- safety -- and the first of all freedoms -- freedom from violence. 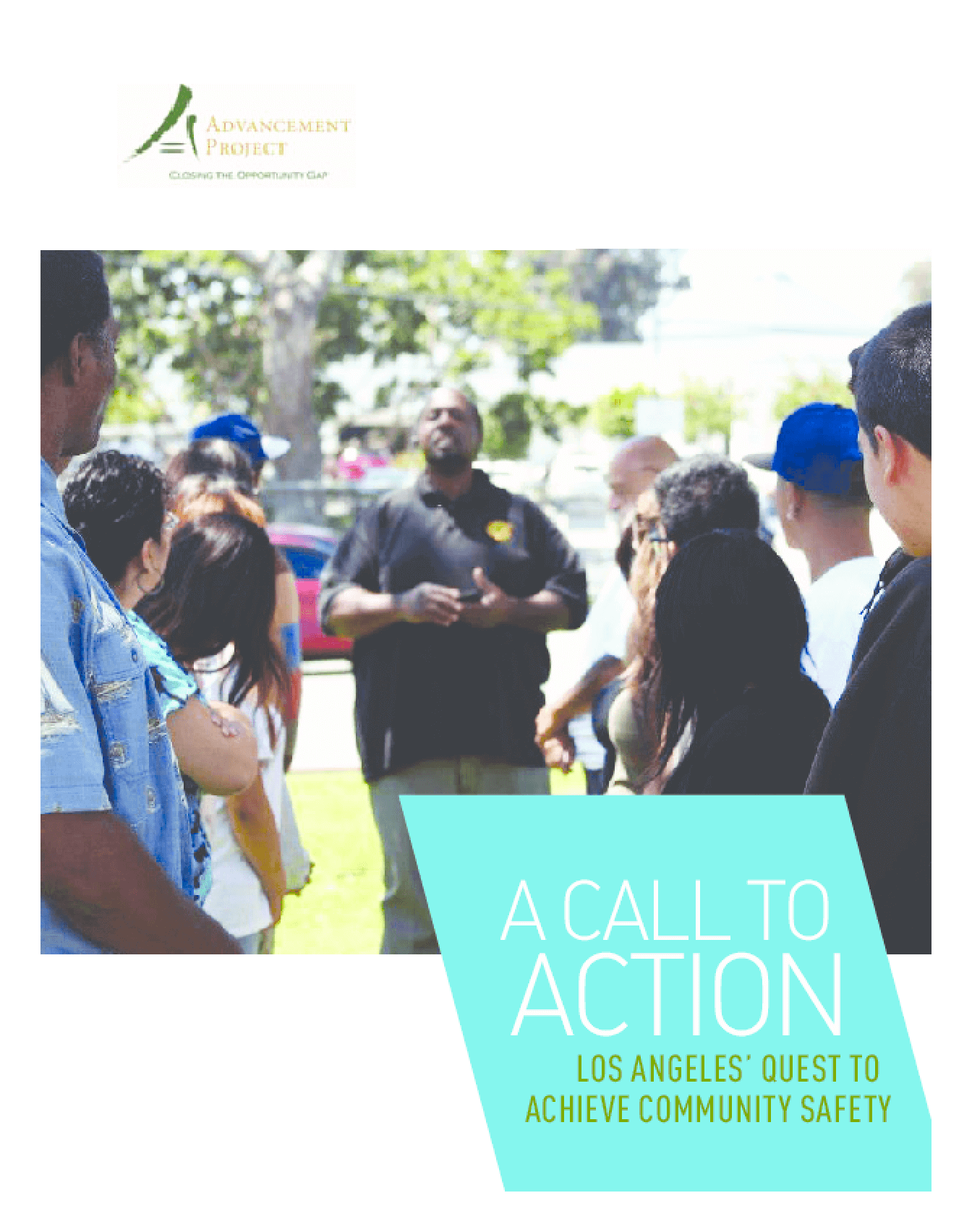