A Chance to Come Home: A Roadmap To Bring Home The Unjustly Deported

For decades, the U.S. immigration system has deported hundreds of thousands of individuals, permanently separating them from their families and destabilizing communities. In some cases, people were deported despite having strong legal grounds for remaining in the United States. In other cases, the U.S. government has repeatedly abused its considerable discretion to decide whether, and when, to order deportation. These deportations have disproportionately harmed Black and Brown immigrant communities. The government must begin the work of redressing these injustices.

The National Immigrant Justice Center (NIJC) issues this white paper in support of the growing call among communities in the United States and abroad for the Biden administration to establish a meaningful opportunity to return home for those who have been unjustly deported. NIJC provides concrete proposals for a centralized mechanism to consider post-deportation requests in an efficient yet individualized manner. Most importantly, the white paper underscores the urgency of these proposals for those long separated from their loved ones, longing to come home. 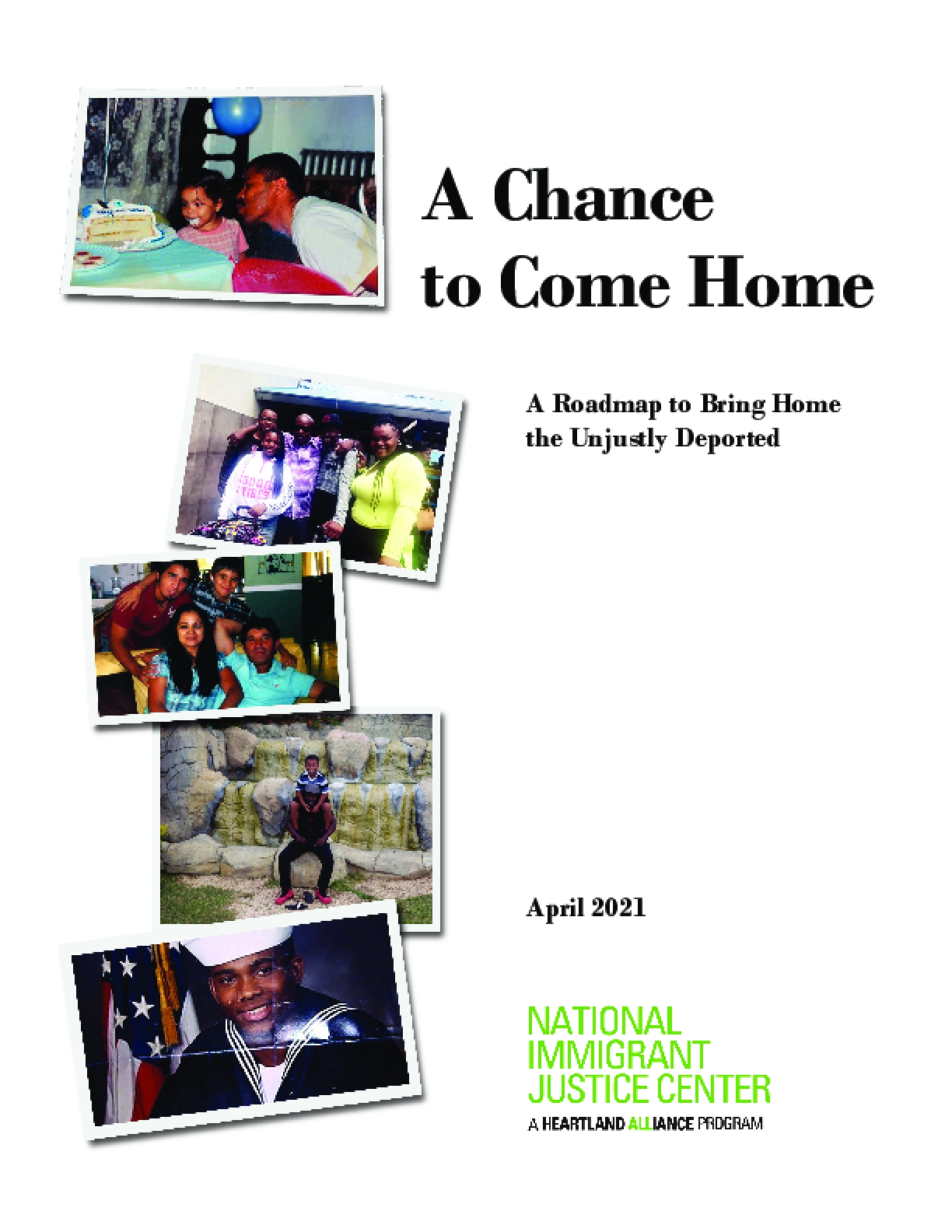