A Child Alone and Without Papers: A Report on the Return and Repatriation of Unaccompanied Undocumented Children by the United States

Every year, the United States apprehends tens of thousands of undocumented children under the age of 18 -- many of whom travel to this country unaccompanied, without their parent or legal guardian. Some of these children come to the U.S. to flee violence or the sex trade, others poverty. The children's motivations are complex, their stories unique. Most of the unaccompanied undocumented children who come into custody are removed from the U.S. by federal authorities and repatriated to their country of origin. Repatriation, for the purposes of this report, begins at the point that the United States relinquishes physical custody of the child in his native country. Given the circumstances that lead to child migration and the inherent vulnerabilities of children, removal and repatriation can prove detrimental to the child when not carefully regulated. As such, it is essential that U.S. immigration policies and procedures recognize our child welfare standards, for both the good of the individual child and to preserve our core values regarding the treatment of all children. It is also essential for the United States to have clear, transparent, and consistent mechanisms for removal and repatriation in order to avoid undue risk to the child's safety and well-being. What really happens to the estimated 43,0001 unaccompanied undocumented children who are removed from the United States? And what is the effect of repatriation on these children? "A Child Alone and Without Papers" explores these issues via analyses of U.S., Mexican, and Honduran policies, interviews with 82 personnel from these countries, and interviews with 33 undocumented and unaccompanied Mexican and Honduran children. In Mexico, we interviewed eight girls and 18 boys, ranging from age seven to 17; in Honduras: seven boys, ranging from age 15 to 17. Mexico and Honduras were selected as they are the most common countries of origin for unaccompanied children and are representative of the two divergent systems for the removal of unaccompanied children: neighboring versus non-neighboring country systems. 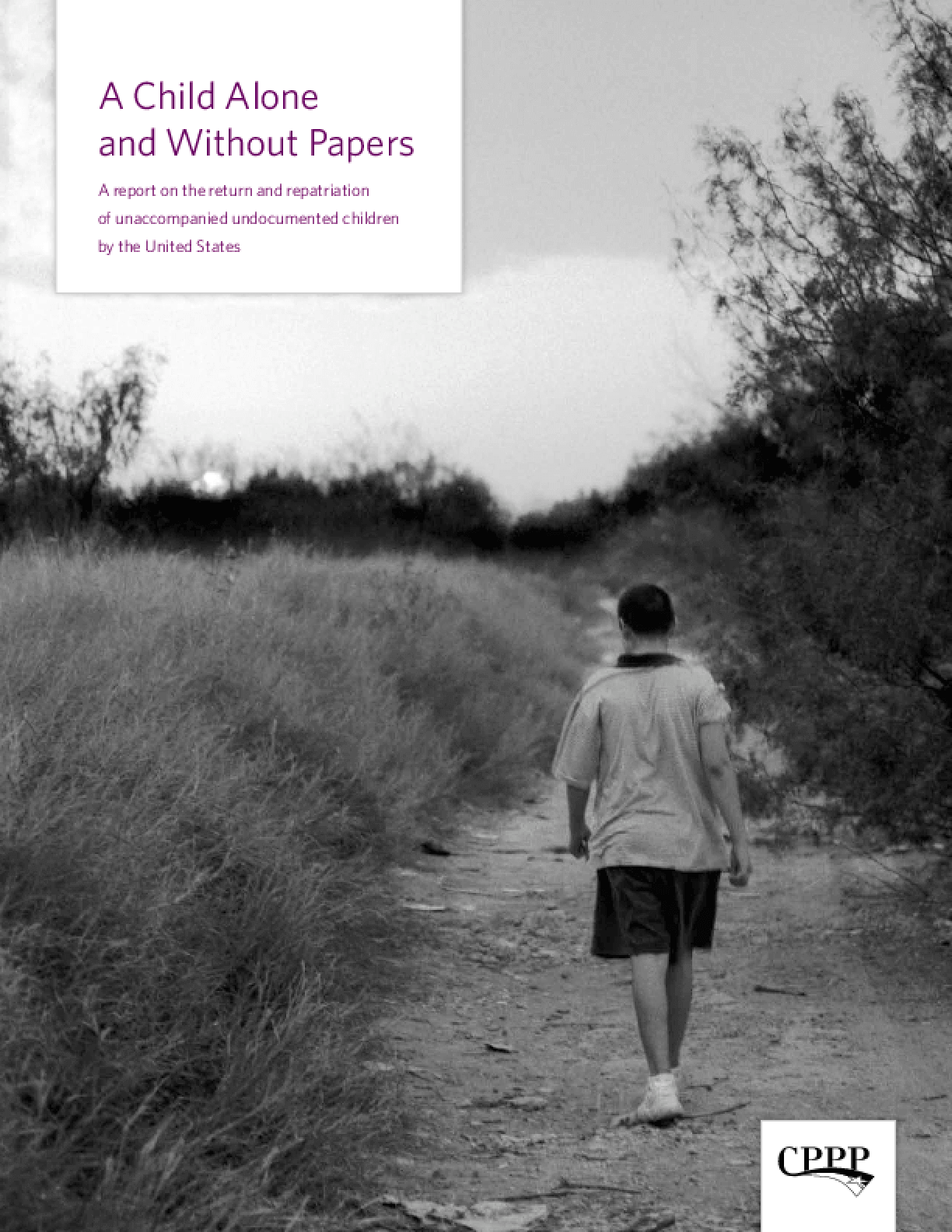