A Community Foundation in the Bronx: A Path Towards Transforming Local Communities and Improving Lives

In her paper, Nurah Amat'ullah, who is the founder and executive director of a faith-based community service organization focused on hunger relief, health education, transitional needs of new immigrants, and interfaith work in Bronx, New York, explores the possibility of establishing a community foundation in the Bronx that would significantly transform the lives of its residents. Her paper argues for the feasibility of a type of homegrown giving that is founded on heightened hometown pride. Such an approach challenges the dominant social narrative, which claims that socio-economically successful individuals are leaving the community. The author critically examines entities in the Bronx which claim to be addressing the community?s needs by funneling resources, such as community development corporations. In addition, she provides a firsthand recounting of the lessons learned from the failed experience of a Bronx-based fund, PetroBronx, which was supported by a group of overseas donors. Ms. Amat'ullah concludes that the research for this paper has helped her conceptualize an appropriate framework for establishing a community foundation, an organization dedicated to the cultivation of human, economic and cultural assets in the South Bronx -- a community often perceived as synonymous with urban decay. Ms. Amat'ullah recommends that such a foundation adopt measures to increase the transparency of distributed funds, encourage the ?buy-in? of time and resources by community members, and organize collective decision making where community members are given a voice about the direction of the foundation. Such measures could increase the legitimacy of community foundations among South Bronx residents. 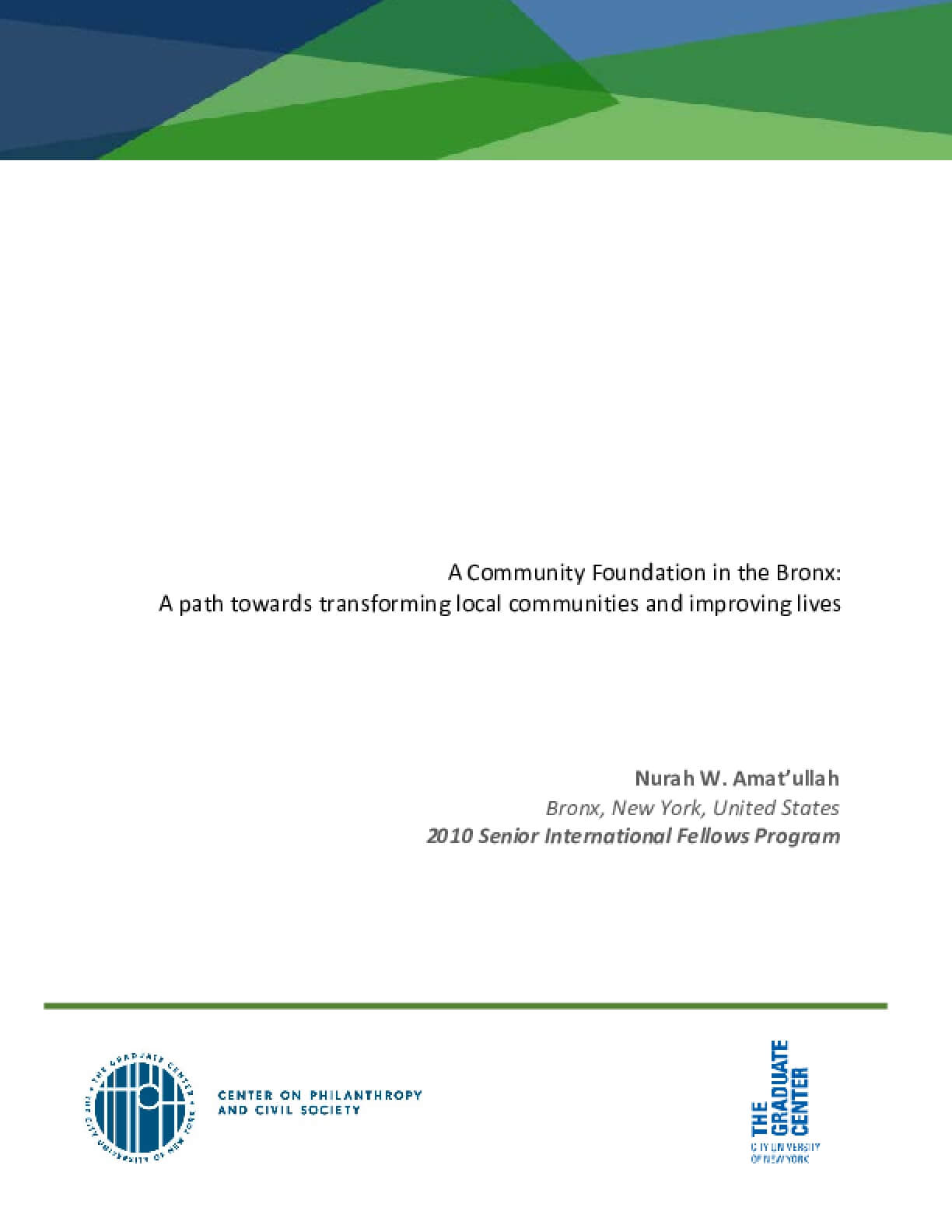