In the several years since the Great Recession, New Hampshire, like the nation, has witnessed and experienced growing economic disadvantage. The state's poverty level stands at 8.4 percent, and child poverty increased from about 8 percent in 2000 to nearly 10 percent in 2012. Some areas of the state have been hit harder than others. In the state's largest city of Manchester, for instance, the poverty rate rose from 10 percent in 2000 to 14 percent in 2012, and within Manchester some neighborhoods have become poorer than others (Figures 1 and 2). Increases in poverty and educational disadvantage are steepest among minorities and immigrants, the city's fastest-growing demographic groups.

The vulnerabilities to which people are exposed as a result of poverty can have devastating consequences. Children living in poverty are less likely to graduate from high school, and they have worse educational outcomes overall; one study found that living in a high-poverty neighborhood is equivalent to missing a year of school.4 Poverty-afflicted children are also more likely to live in poverty as adults. In an era when a state's economic health depends more than ever on the physical health and educational capital of its residents, stakeholders across New Hampshire have a vested interest in alleviating the growing poverty in Manchester and the wide disparities between Manchester and the rest of the state. 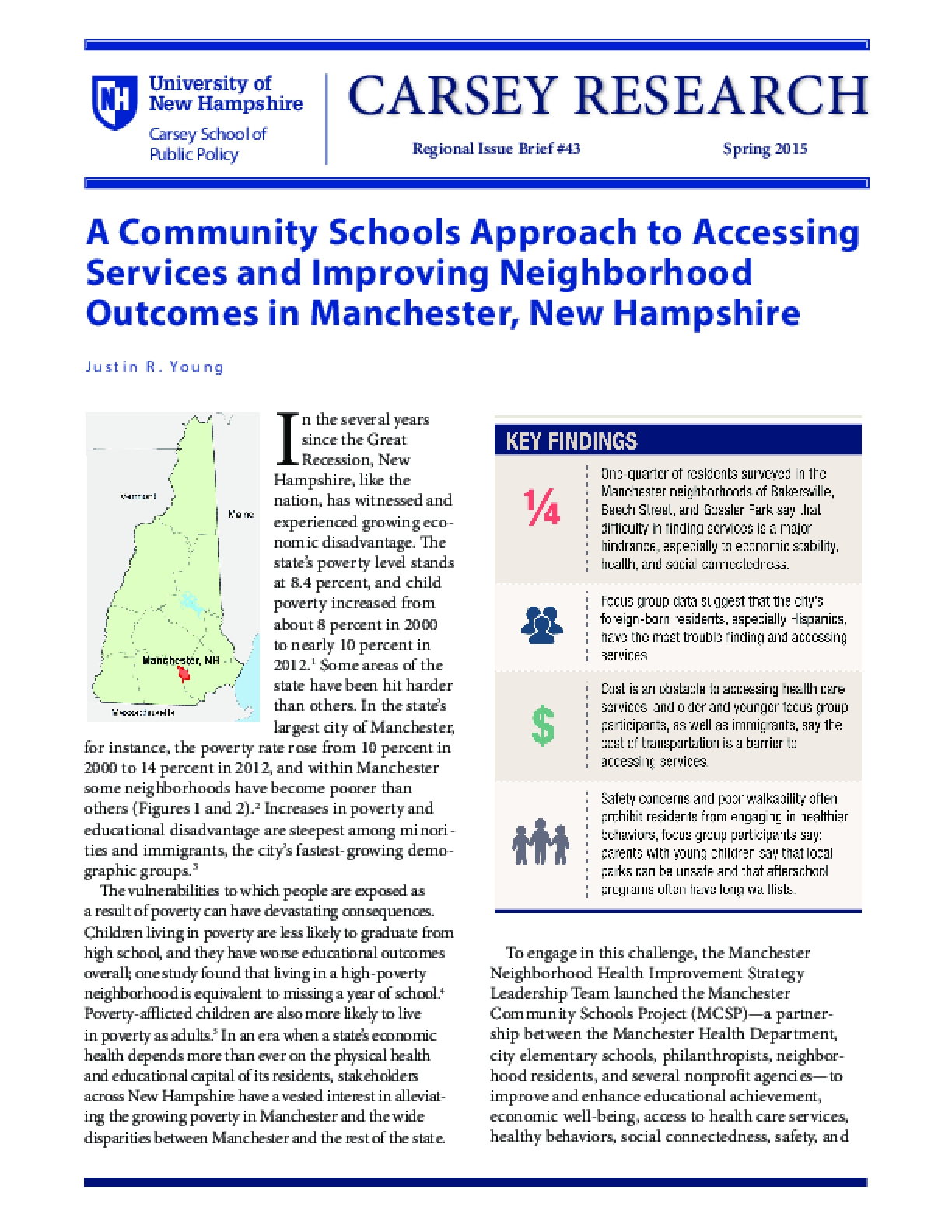