A Comparative Study of Inequality and Corruption

by Jong-Sung You; Sanjeev Khagram

We argue that income inequality increases the level of corruption through material and normative mechanisms. The wealthy have both greater motivation and opportunity to engage in corruption, while the poor are more vulnerable to extortion and less able to monitor and hold the rich and powerful accountable as inequality increases. Inequality also adversely affects peoples social norms about corruption and beliefs about the legitimacy of rules and institutions, and thereby makes it easier to tolerate corruption as acceptable behavior. Our comparative analysis of 129 countries utilizing two-staged least squares methods with a variety of instrumental variables supports our hypotheses, using different measures of corruption (the World Banks Control of Corruption Index and the Transparency Internationals Corruption Perceptions Index). The explanatory power of inequality is at least as important as conventionally accepted causes of corruption such as economic development. We also find a significant interaction effect between inequality and democracy, and evidence that inequality affects norms and perceptions about corruption, using the World Values Survey data. Since corruption also contributes to income inequality, societies often fall into vicious circles of inequality and corruption. This publication is Hauser Center Working Paper No. 22. The Hauser Center Working Paper Series was launched during the summer of 2000. The Series enables the Hauser Center to share with a broad audience important works-in-progress written by Hauser Center scholars and researchers. 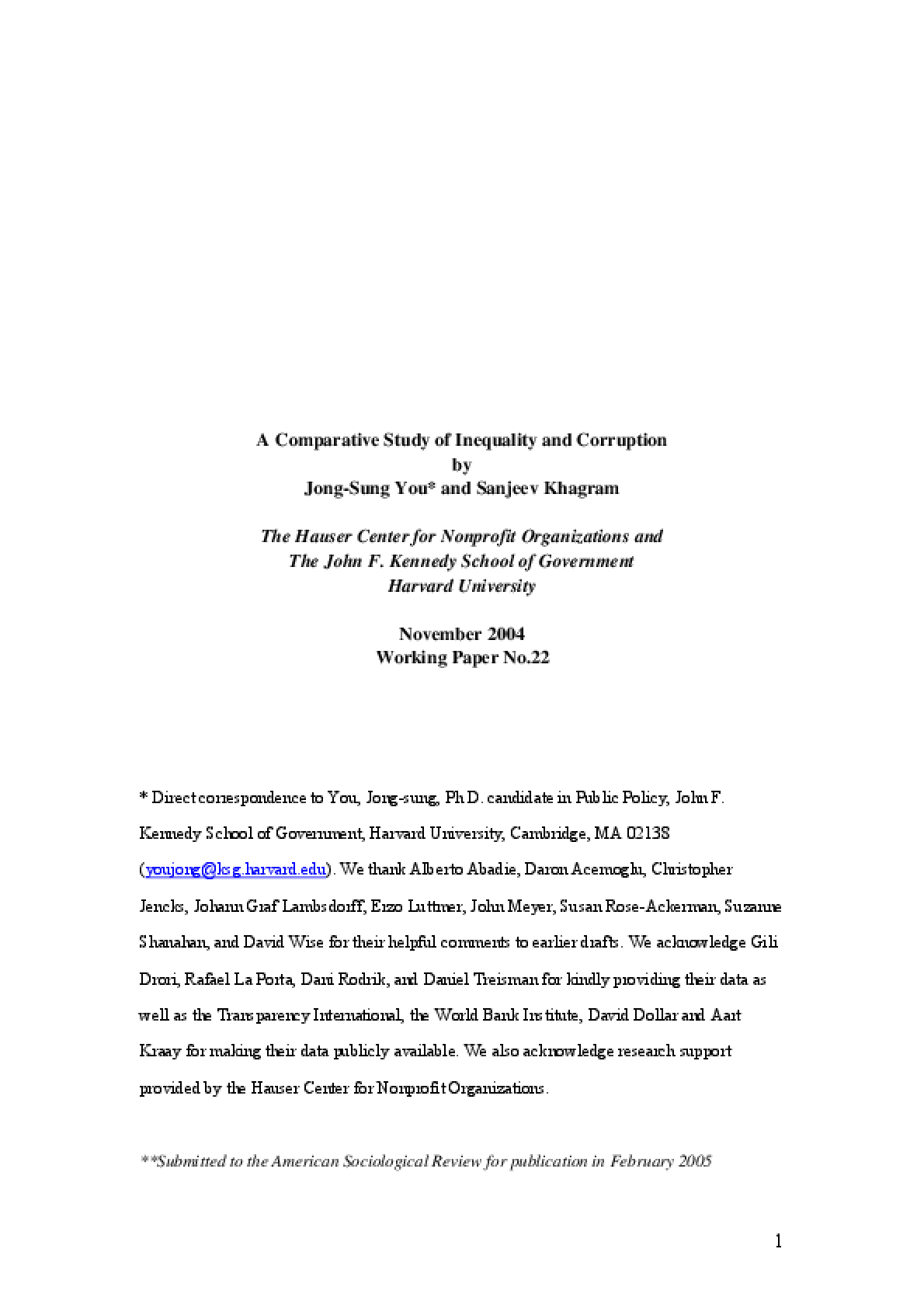