If the United States were to move toward a more employment-intensive immigration system, the representation of women in the immigration flow will likely decline, immigrants will be older, there will be less country diversity, and more immigrant families will come already formed, instead of forming them in the United States. These implications should be considered when discussing the merits of skilled immigration. 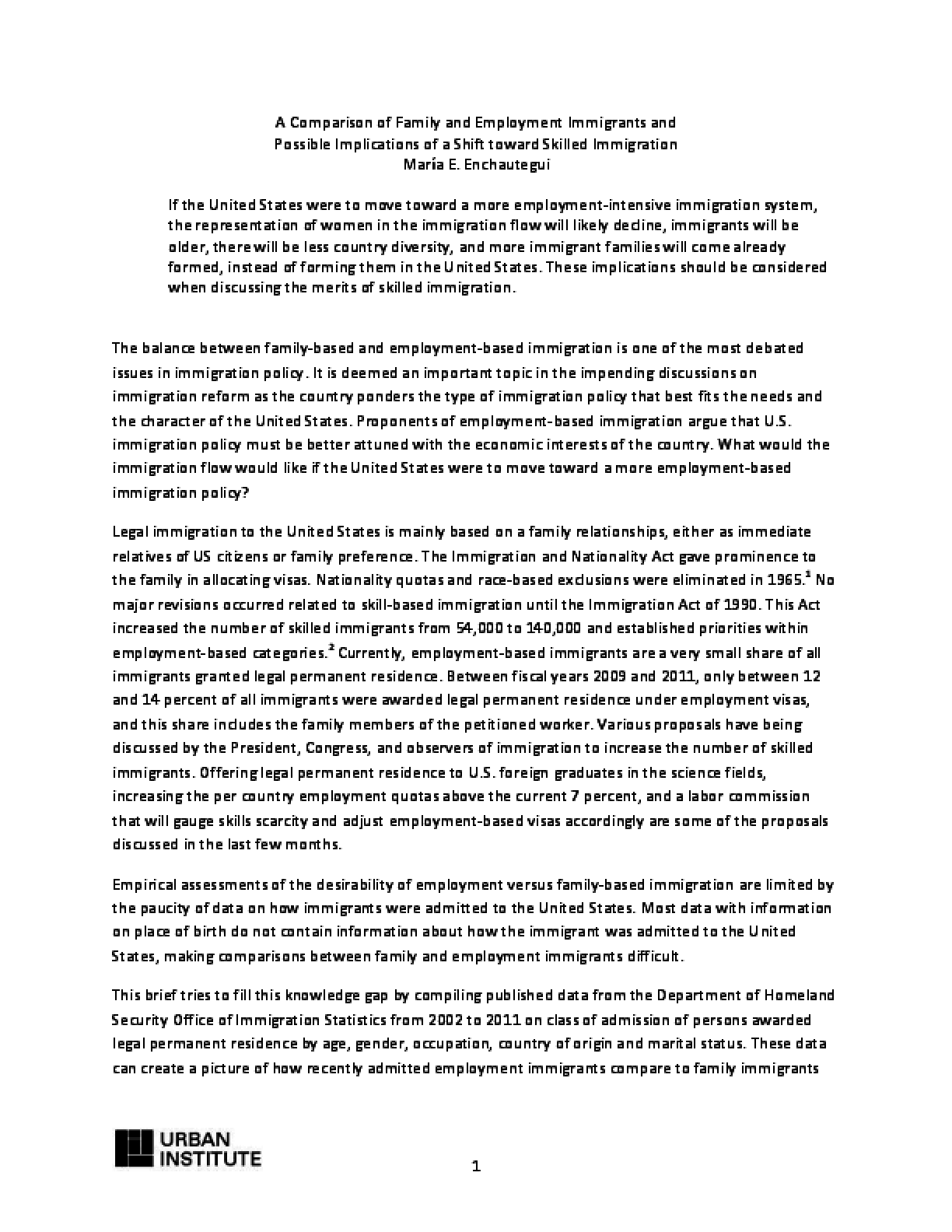