A Continuing Record of Achievement: The Economic Impact of Ben Franklin Technology Partners 2002 - 2006

The Economy League of Greater Philadelphia was commissioned by Ben Franklin Technology Partners to conduct an independent, objective evaluation of the economic impact of the program from 2002 to 2006, focusing on its role in providing financing and related services to early-stage and established technology-based firms in Pennsylvania. In 1982, the Pennsylvania General Assembly established the Advanced Technology Centers of the Ben Franklin Partnership to promote technological innovation and spur conomic growth in the Commonwealth. Since then, in a series of subsequent legislative acts, the organization took its present-day shape as the Ben Franklin Technology Partners (BFTP). Over the years, BFTP has periodically supplemented its annual performance assessment with in-depth analyses of the impact of the program. With the arrival of its 25th anniversary since beginning operations, BFTP decided to undertake another in-depth evaluation of the impact of its funding and services on individual companies and the overall economy of Pennsylvania. This study continues BFTP's efforts to objectively measure the impact of the program and gather information that is useful for future strategy and program enhancement. Key findings of this study include: * Job-years are equivalent to the number of years of full-time work created by the program. For example, if a BFTP client firm employed three more workers for five years as a direct result of the program, that is expressed as 15 additional job-years 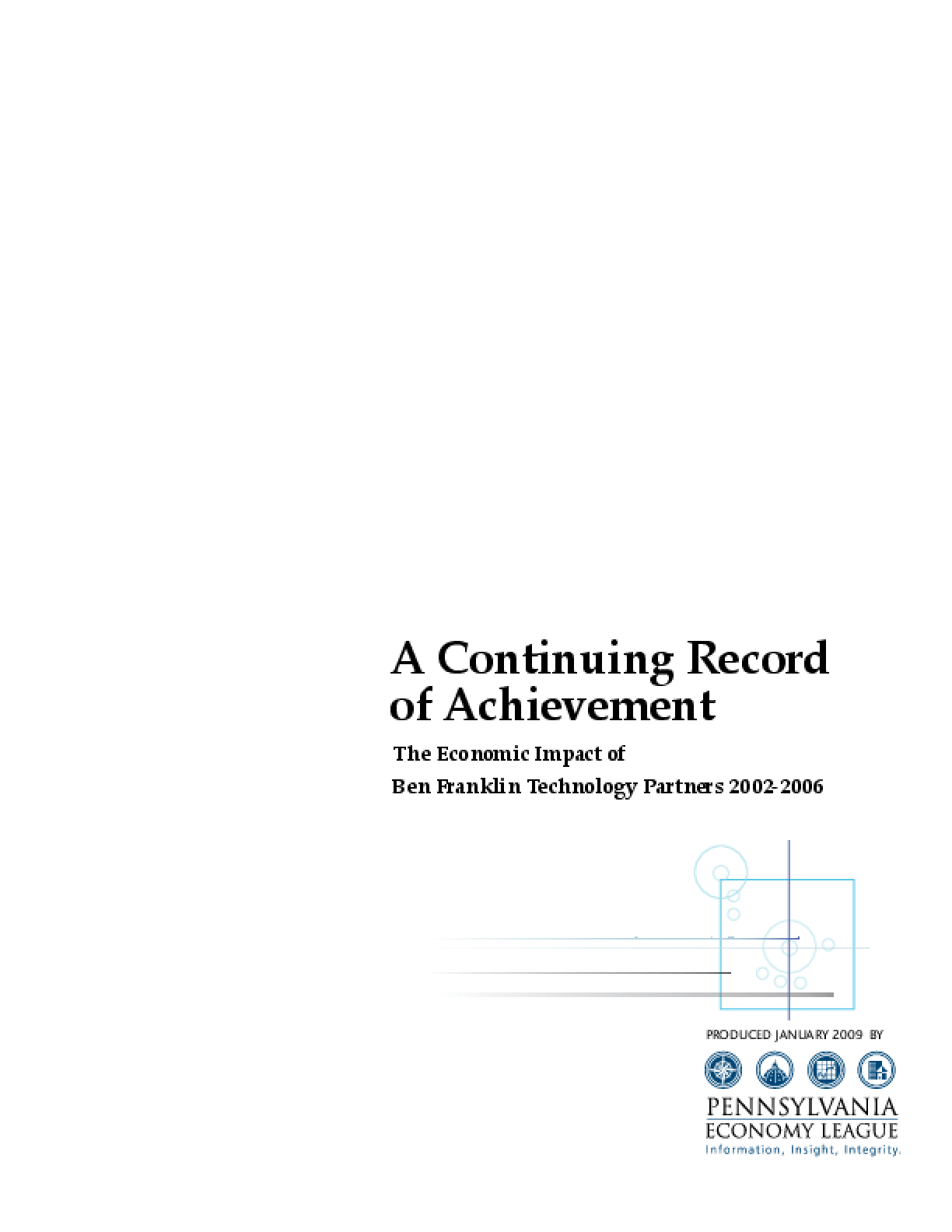