The National Popular Vote plan (NPV), introduced in more than 40 states, and adopted by 4, proposes an interstate compact to bring about direct election of the president of the United States. The proposal eliminates states as electoral districts in presidential elections by creating a national electoral district for the presidential election, thereby advancing a national political identity for the United States. States with small populations and states that are competitive may benefit from the electoral college. Few states clearly benefit from direct election of the president. NPV brings about this change without amending the Constitution, thereby undermining the legitimacy of presidential elections. It also weakens federalism by eliminating the role of the states in presidential contests. NPV nationalizes disputed outcomes and cannot offer any certainty that states will not withdraw from the compact when the results of an election become known. NPV will encourage presidential campaigns to focus their efforts in dense media markets where costs per vote are lowest; many states now ignored by candidates will continue to be ignored under NPV. For these reasons, states should not join the National Popular Vote compact. 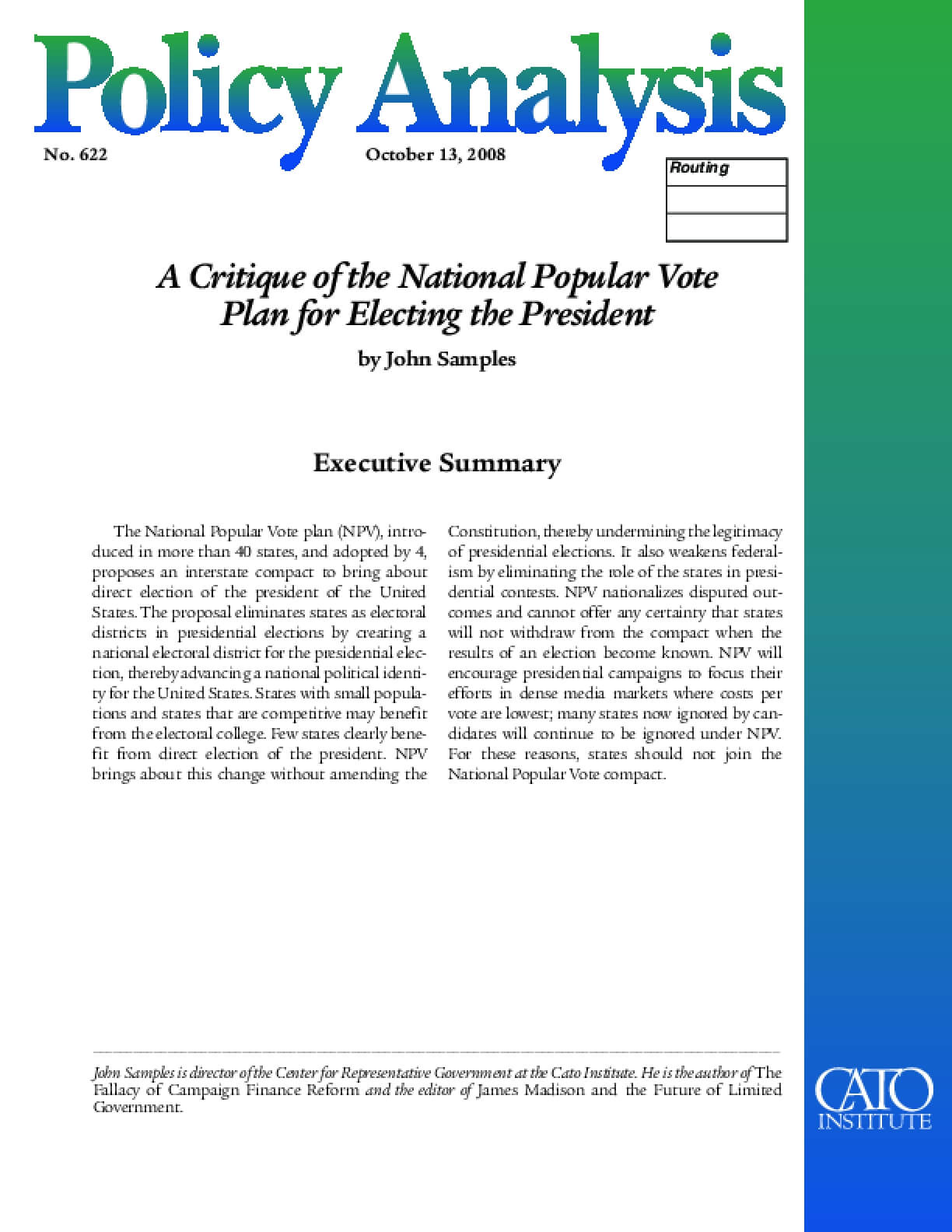