A Deadly Journey for Children: The Central Mediterranean Migration Route

A new report from UNICEF - 'A Deadly Journey for Children: The Central Mediterranean Migrant Route' - provides an in-depth look at the extreme risks facing refugee and migrant children as they make the perilous journey from sub-Saharan Africa into Libya and across the sea to Italy. Three quarters of the refugee and migrant children interviewed as part of a survey said they had experienced violence, harassment or aggression at the hands of adults at some point over the course of their journey, while nearly half of the women and children interviewed reported sexual abuse during migration – often multiple times and in multiple locations.

Last year, at least 4,579 people died attempting to cross the Mediterranean from Libya, or 1 in every 40 of those who made the attempt. It is estimated that at least 700 of those who lost their lives were children. 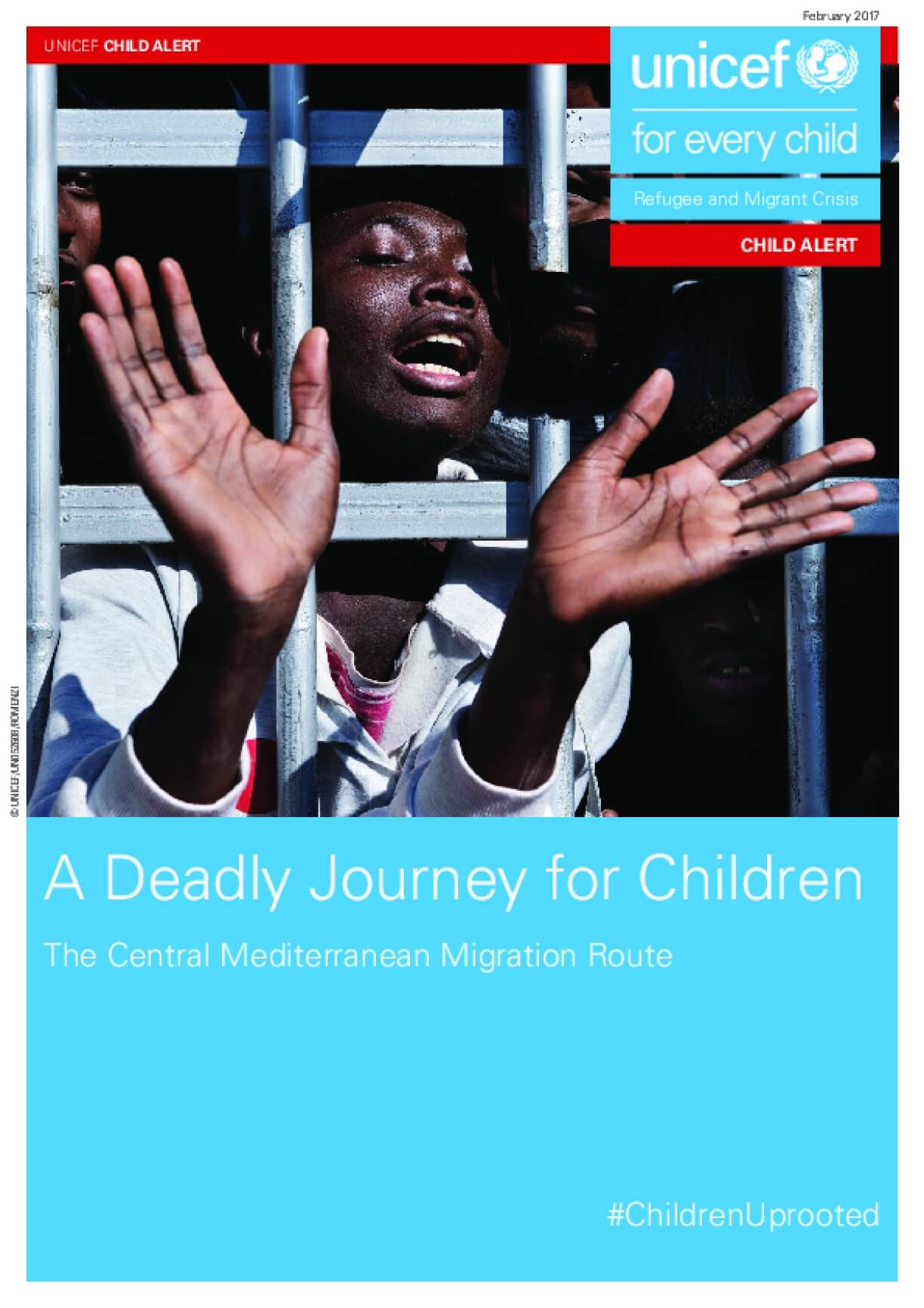