The Rennie Center for Education Research and Policy convened a meeting on June 19-20, 2006 at which a series of research reports on reform in the Boston Public Schools were released. To summarize the papers and the proceedings of this event, the Center produced this executive summary, entitled A Decade of Boston School Reform: Reflections and Aspirations. The publication is entitled to promote a conversation about school improvement in Boston, the key issues facing the systemand the reform agenda for the future. This project was sponsored by the Bill and Melinda Gates Foundation. After nearly eleven years leading the district, Superintendent Thomas Payzant was preparing to retire. As superintendent, Payzant developed and implemented a coherent set of strategies designed to boost school performance and student learning. His departure presented a unique opportunity to examine the progress of these reform strategies and distill lessons to inform future improvement efforts in Boston and in other urban districts throughout the nation. To capitalize on this opportunity, the Rennie Center commissioned a team of leading researchers, each with a national reputation as well as ties to the Boston Public Schools, to write a series of papers on key reform strategies that marked Payzant's tenure. Those papers were the centerpiece of the meeting. Research papers included: Human Capital Development: * Building a Human Resource System in the Boston Public Schools by Susan Moore Johnson and Morgaen L. Donaldson, Harvard Graduate School of Education * Leadership Development at the Boston Public Schools by Karen Mapp and Jennifer Suesse, Harvard Graduate School of Education Instructional Improvement: * Instructional Improvement in the BPS: 1996-2006, Barbara Neufeld, Education Matters * Using Data to Inform Decision-making in the Boston Public Schools: Progress and New Challenges, Richard Murnane, Elizabeth City and Kristan Singleton, Harvard Graduate School of Education High School Reform and Special Populations: * The Road to Reform: Building a System of Excellent and Equitable High Schools in Boston, Adria Steinberg with Lili Allen, Jobs for the Future * Escaping from Old Ideas: Educating Students with Disabilities in the Boston Public Schools, Ellen Guiney, Mary Ann Cohen and Erica Moldow, Boston Plan for Excellence This executive summary represents a compilation of the highlights of the research and the meeting discussions. Each of the research papers is summarized, and followed by a synopsis of the dialogue that it sparked. We highlight several additional reform topics that event participants identified as important before concluding with overarching themes for the new superintendent to consider. 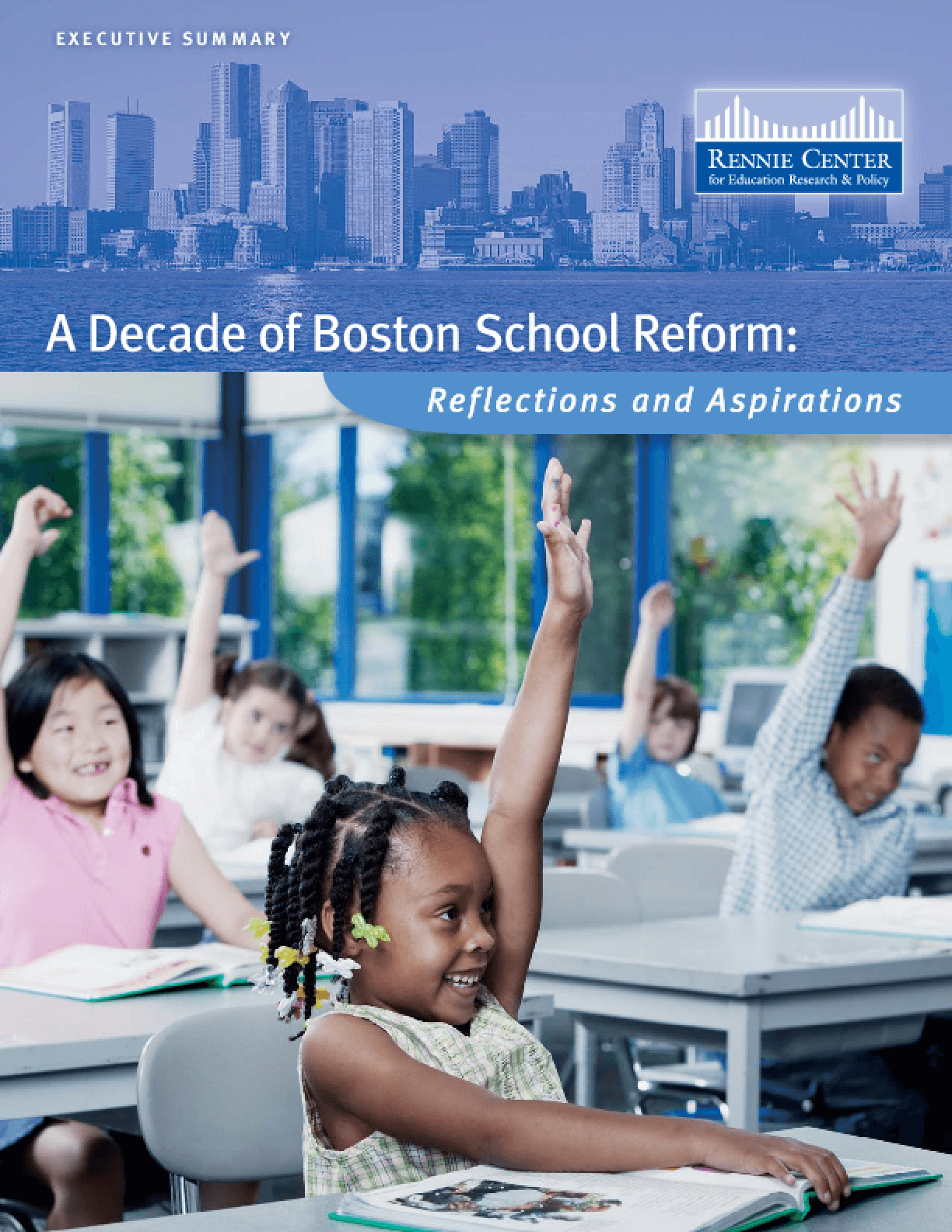