A Decade of Suffering in Zimbabwe: Economic Collapse and Political Repression under Robert Mugabe

On March 29, 2008, Zimbabwe will hold presidential and parliamentary elections. Few people believe that they will be free and fair or that Robert Mugabe and his Zimbabwe African National Union -- Patriotic Front party will fail to return to office. That is a tragedy, because Mugabe and his cronies are chiefly responsible for an economic meltdown that has turned one of Africa's most prosperous countries into a country with one of the lowest life expectancies in the world. Since 1994, the average life expectancy in Zimbabwe has fallen from 57 years to 34 years for women and from 54 years to 37 years for men. Some 3,500 Zimbabweans die every week from the combined effects of HIV/AIDS, poverty, and malnutrition. Half a million Zimbabweans may have died already. There is no freedom of speech or assembly in Zimbabwe, and the state has used violence to intimidate and murder its opponents. At the root of Zimbabwe's problems is a corrupt political elite that has, with considerable international support, behaved with utter impunity for some two decades. This elite is determined to hang on to power no matter what the consequences, lest it be held to account for the genocide in Matabeleland in the early 1980s and the wholesale looting of Zimbabwe that followed the mismanaged land reform in 2000. When change comes to Zimbabwe, the nation will have to rediscover the rule of law and the sanctity of persons and property. The public discourse and the economy will have to be reopened. The new government will have to embrace a more limited idea of government and rescind legislation that makes the operation of the private sector next to impossible. Moreover, the new government will have to find a way for the people of Zimbabwe to heal the wounds caused by decades of political violence. 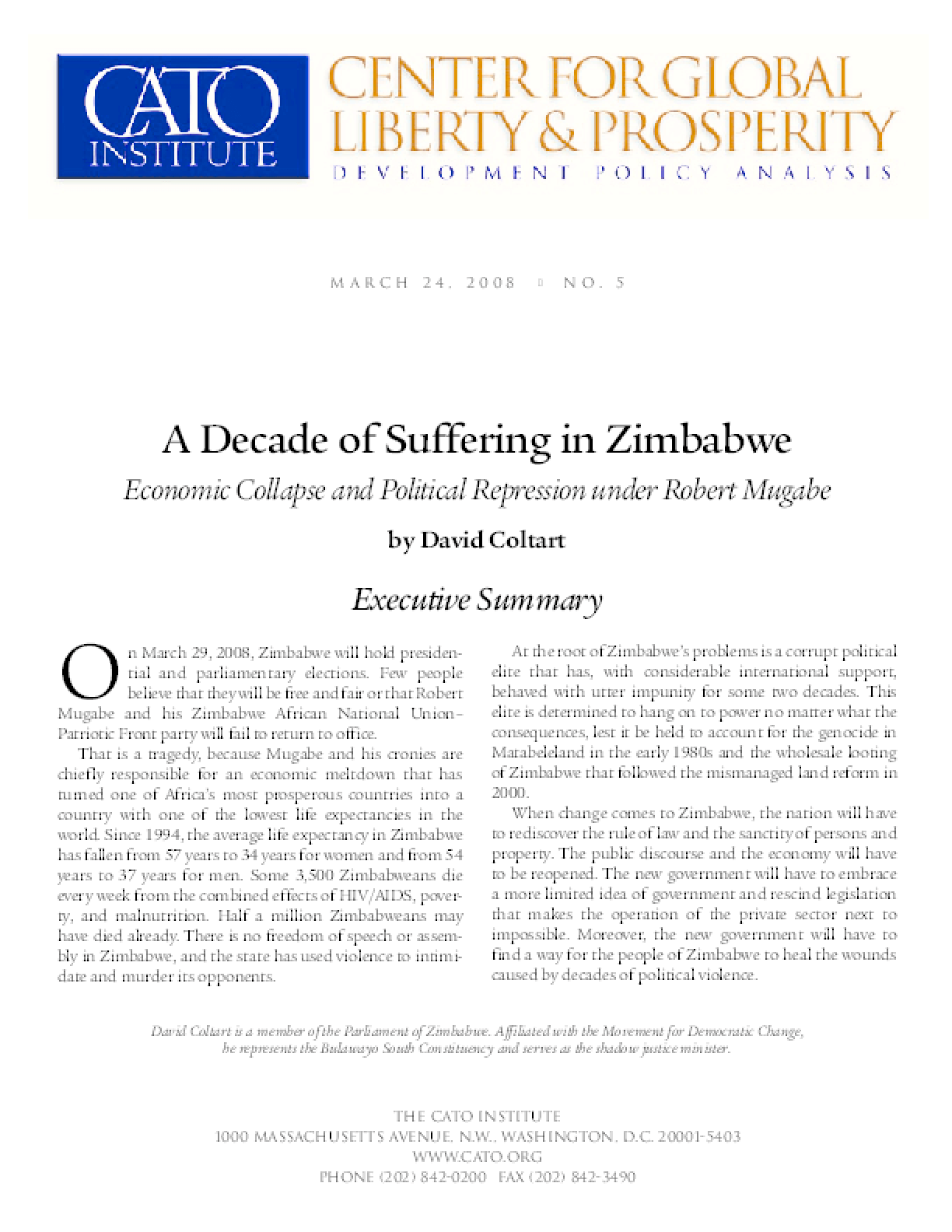