A Deeper Dive into Racial Disparities in Policing in Vermont

In 2014, the Vermont legislature passed a bill requiring all Vermont law enforcement agencies to collect traffic stop data so as to make it possible to identify and track any racial disparities in policing. The first round of data became available in 2016, and "Driving While Black and Brown in Vermont" (Seguino and Brooks 2017), an analysis of that data wasreleased in January 2017.

The report has generated wide-ranging conversations about the role of race in policing. Several Vermont law  enforcement agencies have responded by taking the initiative to invest in training to address potential implicit bias in policing and to improve the quality of their data. At the same time, there have been questions raised by some observers about the quality of the data and methodology used in the 2017 study, and a concern that the study does notaccount for the context of traffic stops that may justify the racial disparities found in the original report.

In this brief, we address these questions and report results from a logistic regression analysis that accounts for other factors beyond race that may influence the probability of being searched and of contraband being found. We also present new results of an analysis of race and the types of contraband found in 2016 Vermont State Police vehicle searches. 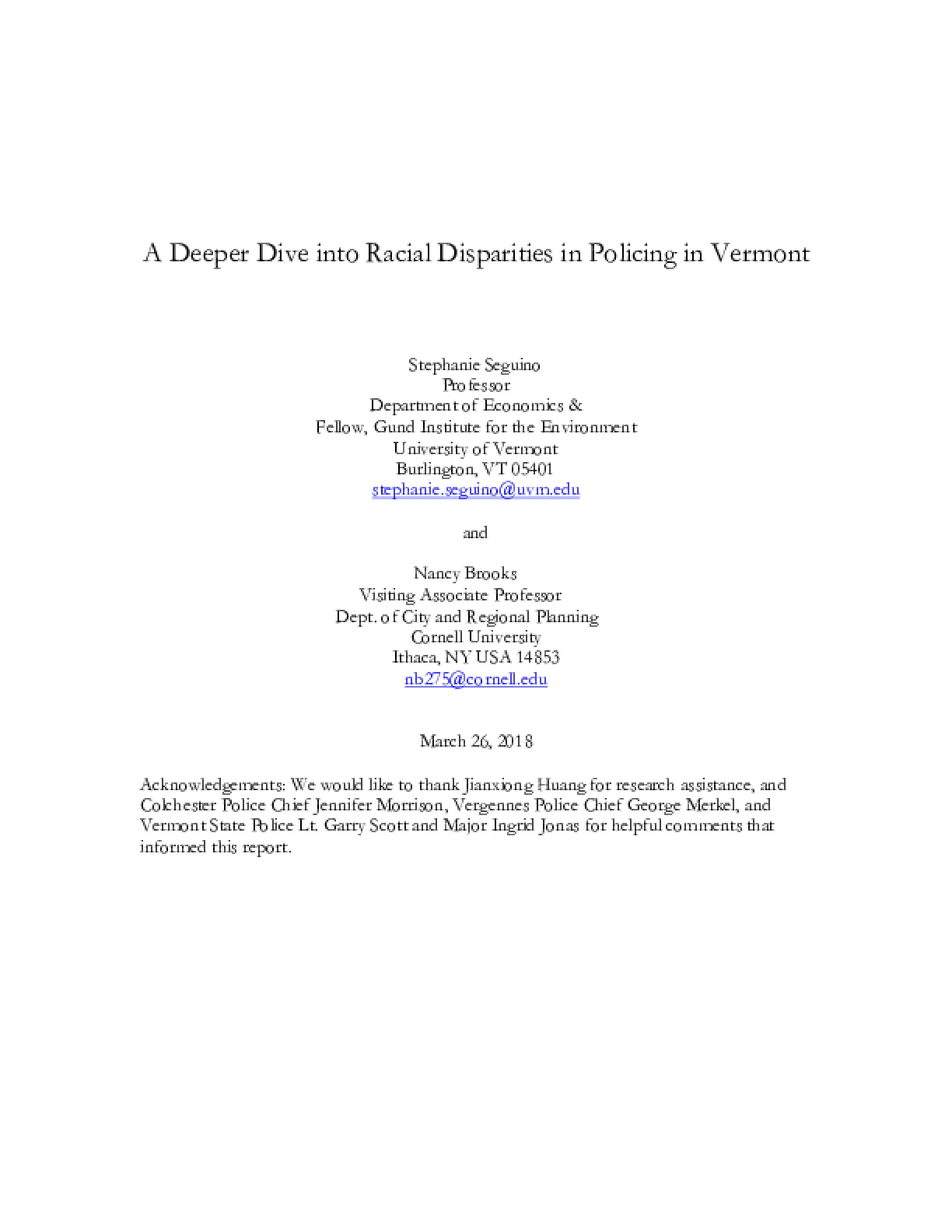