A Drop in the Bucket: An Analysis of Resources to Address Home Foreclosure in Chicago

The Neighborhood Stabilization Program (NSP) is Chicago's primary source of funds to redevelop neighborhoods devastated by the home foreclosure crisis. Yet NSP is able to fund a minute fraction of the resources needed to effectively address the crisis. The city of Chicago has another available resource, Tax Increment Financing (TIF), which could be used in a similar way to the way NSP dollars are used, though they are not currently being allocated for this purpose. Of the city's 159 TIF districts, all but three allow TIF funds to be used to purchase and rehabilitate properties. The Sweet Home Chicago ordinance, now pending before the Chicago City Council, would designate a yearly share of TIF funds to build and rehabilitate affordable housing, including foreclosed houses and apartment buildings. If enacted, TIF funds would complement the Neighborhood Stabilization Program, allowing the city to more significantly impact the continuing foreclosure crisis. This report examines the current impact of NSP, the extent to which TIF resources can be used to address foreclosures, and the resources available in TIF funds within neighborhoods hard hit by foreclosures. Key findings include: The Neighborhood Stabilization Program (NSP), launched in 2009, has already depleted 28 percent of its funding through the purchase and rehab of only 83 properties. These properties comprise less than 1 percent of the total number of foreclosures completed in Chicago during 2009 alone. The maximum number of foreclosed properties acquired in any of 27 NSP communities as of July 30, 2010 is 11. 32% of home foreclosures in NSP communities occurred within TIF districts. These properties could be rehabilitated as affordable housing using TIF dollars. In 2009, 507 foreclosures were completed and 1,415 foreclosures were filed within TIF districts in communities that were ineligible for NSP. Communities reporting more than 50 foreclosures within a TIF district have uncommitted funds available in the TIFs within their boundaries. Estimates of uncommitted funds that will be available over the life of these TIF districts range from $19 million to $761 million. 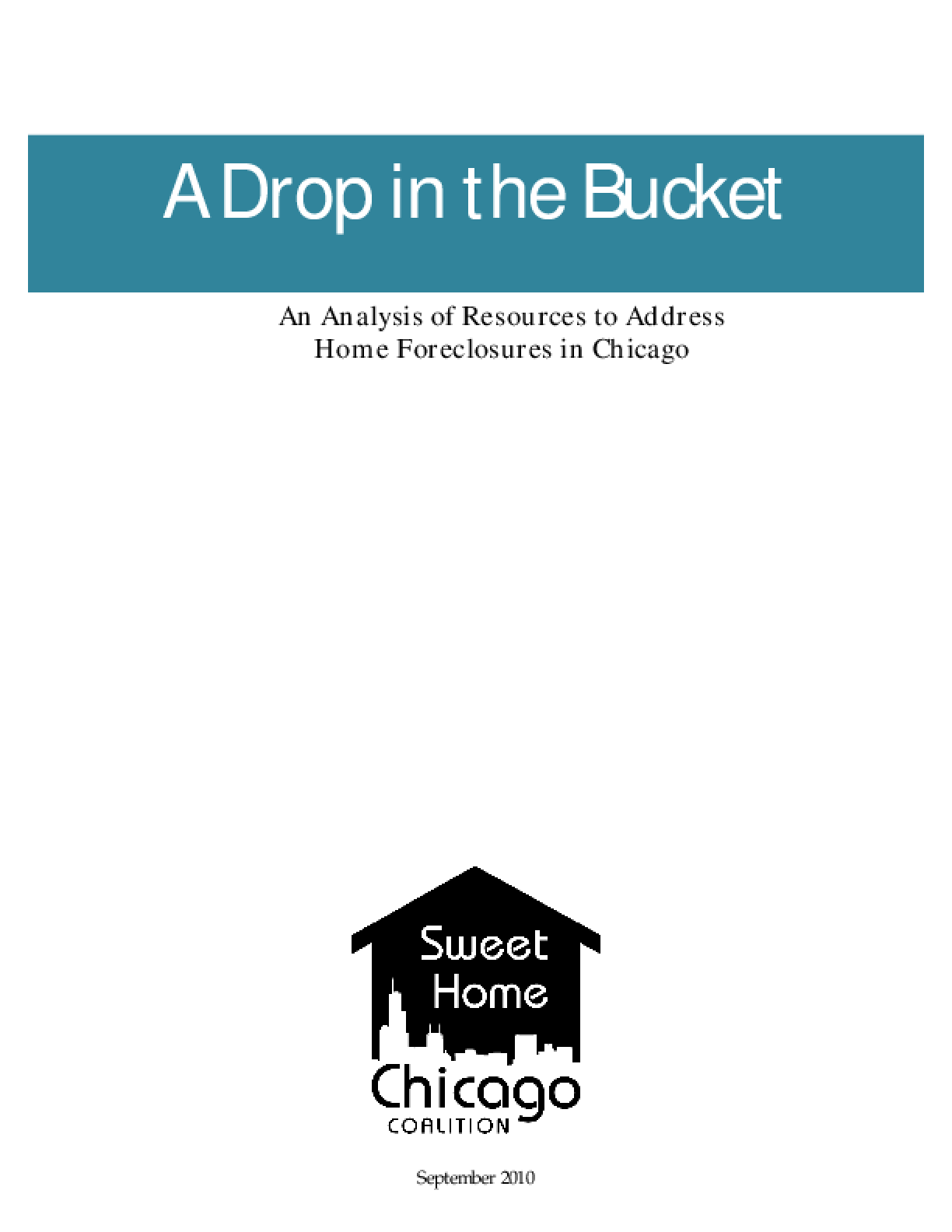