The Welfare Warriors Research Collaborative was a participatory action research project of Queers for Economic Justice that convened from 2007 to 2010. We came together to investigate the disturbing and infuriating poverty-related violences low income LGBTGNC people navigate every day. Trained in research by a graduate student at the Graduate Center of the City University of New York and in documentary video production by the founder of Wapinduzi Productions, we videotaped 10 storytelling interviews and conducted 171 surveys with low income LGBTGNC people of color and white folks in the NYC area. Our findings show that the majority of low income LGBTGNC people are strongly involved in their communities and use many strategies to fight for justice. We deal with continual discrimination and violence at the hands of police as well as staff and guards at government and nonprofit institutions. Those in our research also create personal and community projects that make their lives richer and stronger. Still, the struggles low income LGBTGNC people face are harsh and isolating 69% of survey takers have been homeless at some point in their lives and 40% use isolation as a means to avoid being targeted. Our work shows how racism, transphobia, and homophobia entangle with economic injustice to create such conditions. 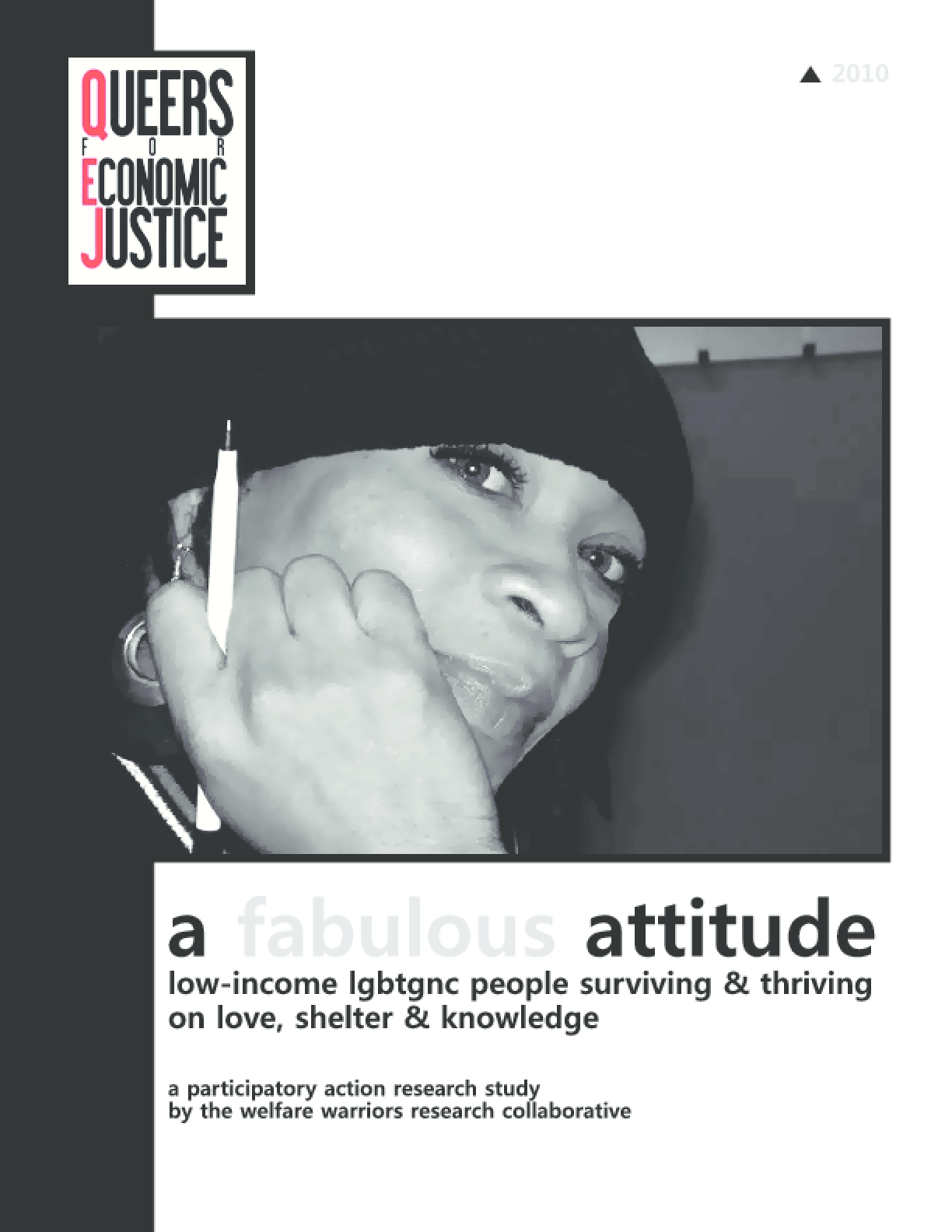