A Failure to Govern: Bush's Attack on the Regulatory Process

A Failure to Govern: Bush's Attack on the Regulatory Process outlines President Bush's recent changes to the regulatory process. The report details the potential impacts the changes will have on federal agencies and the American public, as well as what the changes mean to democracy at large.

A Failure to Govern focuses on two documents the White House released on January 18, 2007. The first, Executive Order 13422, amends Executive Order 12866, which currently prescribes the review process. The second document is OMB's Final Bulletin for Agency Good Guidance Practices. In addition to their individual effects on agencies, the changes created by these documents collectively serve to delay regulation, centralize authority in the White House, and challenge the powers of Congress.

Bush's attack on the regulatory process has received significant public attention. The issue has been covered in numerous media outlets, opposed by a variety of public interest groups, and been the subject of two Congressional hearings. A Failure to Govern is the first comprehensive analysis of these changes and their potential implications. 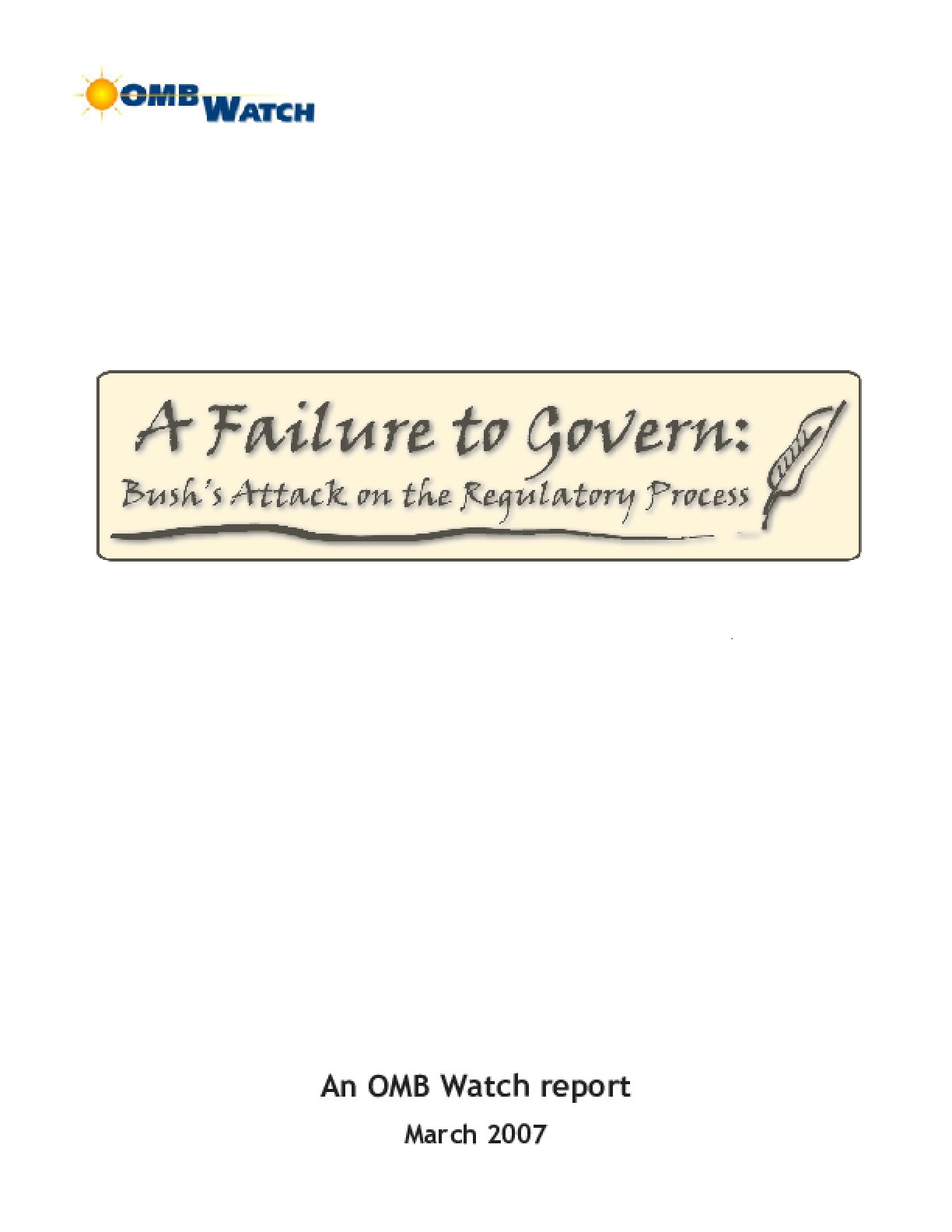